Now, a critic might argue that Loomer’s First Amendment rights haven’t been violated, because she could always go to a public park and scream into the ether.
That’s true.
Lyndon Johnson’s black employees could always sleep in their cars, too.
REGULATORS AREN’T NEEDED: COURTS CAN DO THE JOB
Finally, and perhaps most importantly, the laws I am proposing do not necessarily require regulators to enforce.
III.            Conclusion.

The writing is on the wall folks. The District of Columbia lawyers know it. Plaintiff knows it. Defendant and Counsel for Defendant know it. This Court knows it.
As Bob Dylan would (and did) say:

The Eric Goldmans and other CDA absolutists be dammed. These white men of privilege and their silicon valley brothers (and a few sisters) own and control the means of social discourse not only in this Country but throughout the World. Should this Court continue to allow Facebook’s wanton abuses of privilege then that is on the Court’s conscience, but it will never be on Plaintiff’s: He is going to continue fighting this War until is it won, and it most assuredly will be won. This Court has a unique opportunity to stand for what is right… or it can provide negative reinforcement for all that is wrong.
Respectfully submitted,

Three years ago today the World and my partner and I lost Livi, a beautiful soul to a bad kennel. After that the lawyers a year ago wrongfully accused me of showing up to her killer's fundraisers or following her in my car and told me to "stop this threatening behavior and get on with my life." Because you know a black man gotta' be threatening and whatnot, of course.

Too bad I never did any such things, ever. And I continue to get on with my life. Livi's Law will be pressed hard in the next 18 months. Livi's personage will appear in a movie. I have a beautiful current Baby Girl Pepper, part GSP. And until today I had not cried in 5 whole months so they can go to hell. And this comment in no ways violates anything, fact.

And outside of that certain Agreement you will not tell my black ass what to do, ever. #WYPIPO

PS: Someone on Peace, Love, GSP related to me that she started dog-sitting because of Livi's story. That is absolutely beautiful to know.

Posted by Christopher King at 2:22 AM No comments:

The video voiceover tells the short story as well as it can be told:

Without a life flight … and highly trained medical personnel at Vanderbuilt Hospital JJ Taylor would not be here today. JJ and his buddy were almost killed by Travis Burkhart, a drunk driver at 3X the legal limit. Being irresponsible can take a man from this…. To this…. where his mother can barely recognize him this. It can make a motorcycle and turn it into something that even I can’t identify and I’ve ridden motorcycles for 47 years now.

There’s Travis failing his field sobriety test with flying colors, which his victim fights for his life on a medivac to the hospital. The story was covered in the local press and I am going to keep covering it on citizen press as the case goes forward. JJ’s medical bills are $700,000.00. I know his mother and I know they are struggling under the weight of all of this, including her going to see him from Arkansas.

His medical bills are a staggering ¾ of a million dollars and Mr. Burkhart’s insurance carrier won’t even release the minimal $25,000.00 liability without a full waiver and J.J.’s mother will simply not do that:


Yes Chris he would have died on the scene without the life flight. When the front wheel hit it threw my Boo backwards and his helmet came off. That's when the chin strap tore the carotid artery. Then he went forward and hit the truck with no helmet. His femur was 4 inches out of his knee and his body temperate dropped to 92….

There was a lady there at the scene that saw it. She got out and stood over him praying out loud. And which probably kept other cars from running him over. Her daughter reached out to me at the hospital. I’m gonna do my best to meet her.

People: Stop and think about what you are doing and who you are endangering when you’ve had more than a couple and you get out on the highway and act a fool. You can do damage in a split second that will last a lifetime.

I’ll be following the criminal case and providing updates right here and you can see some of the statements from the Prosecuting Attorney in Montgomery County regarding the February 25 Probable Cause hearing at which point the State will ask that he be bound over to the Grand Jury for heightened Felony charges. The State originally proceeded with Vehicular Assault because it carries greater penalties than DUI.

The GoFundMe link is in the video description. The family thanks you.
Posted by Christopher King at 11:51 PM No comments:


5 March 2020 Update:  I spanked the DOC on Appellate Review. See the updated SCRIBD entry below relative to today's ruling. Of course I won. By the time I get to sue you or threaten to sue you on PRR violations you better believe I have my ducks in a row. I almost never lose. The one time out of six or seven that I did lose legal experts agreed that I got shafted in NH. KingCast v. McLeod. But that's OK. We have a movie coming all about that.


Attorney Richard Gagliuso of Merrimack has represented The Telegraph of Nashua for more than 20 years and the media in dozens of matters involving access to public records under state and federal law. He reviewed Frydman’s letter, which was signed by House Speaker Terie Norelli, D-Portsmouth, and state Reps. Marjorie Smith, D-Durham, Alida Millham, R-Gilford, and Beth Arsenault, D-Laconia.

King had petitioned Norelli and McLeod to turn over e-mails they received concerning House Bill 1428, which sought to rename part of Interstate 93 after Bruce McKay, a Franconia Police corporal who was fatally shot in 2007. He also sought information from Ayotte and Montminy concerning the shooting and McKay.

″... the question is whether e-mails involving individual legislators were created or received ‘on behalf of’ a public body,” Gagliuso wrote in his e-mail. “It seems to me that this determination may require a review of the particular e-mails in question, and it is not clear that the Court in the King case undertook that kind of review.”

24 February 2020 Update: At Mr. Hick's request on 22 February I wrote and telephoned Globe writer Adrian Walker on this because of his excellent 2 February 2020 editorial "The Crackdown in State Prisons Shows why Reform is Urgently Needed." Unfortunately neither of us have heard back from him nor have we heard back from the other Globe reporters who covered the Souza Baranowski clamp down after I wrote them weeks ago.

We hope that changes. Regardless I have reviewed and edited Mr. Hick's Complaint and sent it off for a Referral Counsel, and we will then leave it in their hands.  This is what I wrote to Mr. Walker:


Inside scoop at Souza Baranowski 2 days ago at 6:11 PM

From Christopher King To awalker@globe.com Hi Adrian, I have some information for you brother. From Demond Hicks, a mentally challenged asthmatic prisoner who successfully sued them for OC Spray abuse.... only to have them continue to do it. The DOC is trying to play hardball with the videos. I beat them on a PRR request for Darrell Jones and I will beat them again here too. I have shipped the case out to a referral attorney I worked for back home in the 90s. Interviews with Mr. Hicks are here:

Demond says: I have a matter that the public and taxpayer should know how the mentally ill is being treated and being exposed to gas ( chemical agent) from a gas from a MK9 - fogger. And have come close to death on 3 separate occasions . The next time I might not be so fortunate... Please contact Christopher king ...I'd like to share this with you however Mr king would like to be contributor to the story. If you need more information call Mr king.... I'm at souza baronowski..


10 February 2020 Update: My first video response is due tomorrow.
"Why do they keep doing this to you?" asks his nurse Sarah as she again
increases his medication.

28 Jan 2020 Update: Of course I won. The Commonwealth review of my Appeals has never been the problem. The problem is the DOC itself. The Globe covered this issue and I reached out to their reporters but have not heard back. DOC guards killed another bloke at Bridgewater a few years back BTW. Joshua K. Messier. I spoke with my former boss, a major criminal defense/Civil Rights Attorney and we will get him a lawyer soon.

"In the wake of a violent attack on guards, advocates, lawyers, and relatives say prisoners have been beaten, shocked, and denied access to their lawyers."

Accordingly, the Department is ordered to review the video, redact where necessary and provide Mr. King with responsive records, in a manner consistent with this order, the Public Records Law and its Regulations within ten (10) business days. A copy of any such response must be provided to this office. It is preferable to send an electronic copy of this response to this office at pre@sec.state.ma.us.

26 Jan 2020 update: More unlawful gassing on 14 Jan 2020 and more. This time no CODE 99 for an hour and Mr. Hicks passed out as they were leading him down the stairs. Officers were reportedly told to let him ride out his asthma attack.

Folks people are in prison for something they have done on the streets. They are not in prison to be subjected to torture. And DOC is about to get stomped with a lawsuit if I don't get my damn video soon. I'm waiting for an appeal but the joke is you can clearly see that they post videos themselves when it suits their purposes, a fact I pointed out. The screenshot video I posted has .8M views. 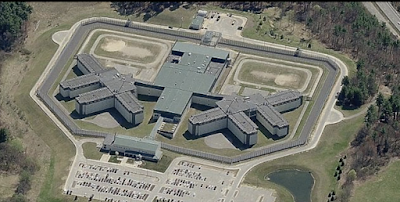 14 December 2019 update: The Commonwealth loves my blog!
It has not responded yet but the law is clear... and imminent.

My Name is Christopher King. I am a former Assistant State Attorney and currently a Screen Actors Guild registered film writer. I also cover a lot of crime issues across the Country, in Massachusetts most notably the Dan Talbot Police shooting trial and I was on the Darrell Jones wrongful conviction/malicious prosecution case long before the Innocence Project or any other major press, fact.

Demond Hicks sued and finally settled (Hicks v. Redd 378 F. Supp.3d 55 (2019) with the Massachusetts Department of Corrections in spring of 2019 for unlawful use of pepper spray for crowd control at Walpole. He is asthmatic and has PTSD that the Department is well aware of. 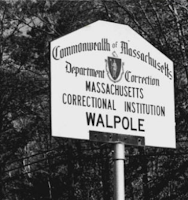 So why is he about to sue them again for the exact same offense at Souza Baranowski? And why was the same Lieutenant who last month sprayed down Hicks and scores of bystander prisoners this year allowed to do it again even though he was named in a lawsuit for abusing pepper spray ten years ago?

KingCast has today issued a public records request to the Department for more information about possible protocol violations, policy modifications or other complaints to keep you the taxpayer aware of the Department’s use of your tax dollars. As Mr. Hicks is aware of my track record and diligence in pursuing matters of Justice, this is an exclusive KingCast feature and Demond Hicks will not discuss this matter with any other media without my express written consent.

Stay tuned.
Posted by Christopher King at 8:19 PM No comments: