Watch the video, folks. I have won several criminal trials. I sued and won in KingCast v. Town of Franconia and NH AG Kelly Ayotte to get Bruce McKay's OC Spray attack of Sarah released. So who in the Hell does Casey think he is to tell me jack shit about criminal investigations, excuse me?  Here is some of Judge Vaughn's ORDER here in a 2010 warning to "Bad Blood Casting Crew." 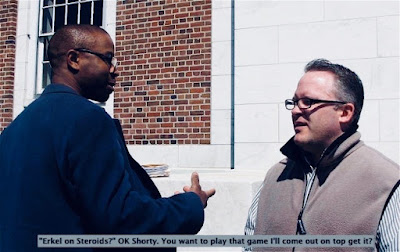 "Erkel on Steroids?"  OK Shorty. You want to play that game I'll come out on top get it? 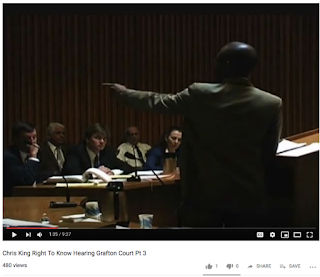 And of course all of my Oral Argument is on video dammit. Right here. Where in the hell was Casey Sherman when I was winning this Trial, huh? Yeah. Exactly. Riding my coattails. That's ok guys go on ahead. You can start this but my team will FINISH IT. 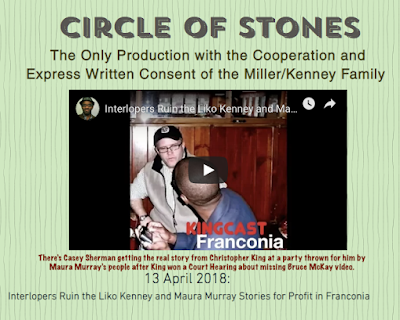 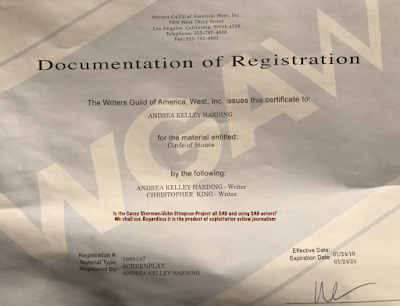 Our team has the only express written authority to share the Miller-Kenney Family
in a public fashion. And that means Casey and his pals are using Bode Miller and his name and fame to profit on this tragedy. We have permission to use family names and issues.
Any jerk can make a movie. Bruce McKay was a public officer.
We have everything we need to have on him.
Casey Sherman never engaged the pulse of the Community that resulted
in twice denial of a roadway named after Corporal Bruce McKay.
Watch the contemporaneous Statehouse Hearings. Casey was nowhere to be seen.

We will be in Film Festivals and working other avenues shortly folks.
We've just been busy with other projects instead of ripping people off.
Keep in mind we reached out to Casey and his team to discuss this.
They blew us off.

An Open Letter to Casey Sherman and Jon Stimpson from the Miller/Kenney Family
March 1, 2019

Re: False Light Projection of Liko Kenney and Our Family.

I write you on behalf of the Miller Kenney family to inform you that we stand in complete disgust at your attempts to capitalize on the tragedy thiat is Franconia 5/11. 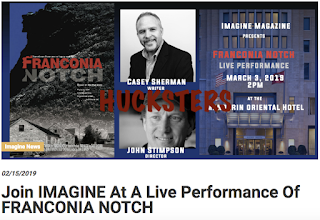 To my recollection Casey, you made 2-3 phone calls to us several weeks after the deaths of my son and “Corporal” Bruce McKay after he violated at least seven (7) distinct protocols as noted by the Littleton Courier and investigative journalist Christopher King, J.D., a/k/a “KingCast.”   The neighbors also noted that Liko’s car was not speeding, and therefore Sgt. Chuck West’s statements regarding Liko speeding were completely false.

As you know, as he drove down Route 116 Liko was calling his Uncle – my Brother – to have a witness to whatever Bruce McKay was going to do to him. You know cell phone records prove this.

You never sought to come to our home to personally interview us. After our second phone call you asked us for pictures of Liko that Mr. King assisted in helping you obtain from us.  He scanned them and sent them to you because you misrepresented that you really cared about the Truth. We have all of the relevant emails about this.

You than exchanged emails with Mr. King in which you continually claimed that Bruce McKay had Probable Cause to detain Liko at Fox Hill Park in 2003 when State v. Nathan Wright 03-CR-109 State v. William Miller 03-CR-012, 013, 029 were abandoned because of a lack of Probable Cause, and Liko’s drug charges for having a personal amount of marijuana in the trunk were dismissed as well.  Bruce McKay and his friends detained Liko and beat him up that night and Liko was forever scarred by that abuse and the video shows it. McKay should have let him go as his license was valid, period.

Liko had a valid NH Driver’s License that night and was not intoxicated or impaired. Therefore he was correct to tell “Corporal” McKay "You have no right to keep me here without a Good Reason” as noted in Mr. King’s videos and the website for “Circle of Stones,” the only effort authorized by this Family to tell the story involving a Principal character of Liko Kenney.

You also know by the crime scene photos and Greg Floyd’s initial words that he never spoke to Liko because “within four (4) seconds [he] had shot that driver.” Caleb McCaulay’s window glass was “in the up position” as Mr. King pointed out with crime scene photos.

Also, while you were nowhere to be seen in the Community at Large, Mr. King joined dozens of community members to twice shut down bad faith attempts to name a roadway after an abusive cop.
******
We will have much more to say as you approach production Casey. You never engaged this community: You globbed on to Mr. King, who actually engaged himself with the Community to get the full story. He sued to get information that you then used in your efforts to profit from, and to exploit the tragedy of this Community.

All of you are shameless hucksters. Make your next move.

On behalf of Liko Kenney and the Miller/Kenney Family I am David T. Kenney.

Note: The Early Days with Oliver Ruff at the Statehouse, looking for Answers.
Note: KingCast on "Officer Pepper" Podcast.
Note: KingCast with current Somerset Police Chief George McNeill in a classroom visit tat Casey Sherman would not do because the school could not pay him enough, fact.
Note: The Proof that Casey Sherman has an axe to grind "Liko wasn't a very nice kid at all."
Note: Liko Kenney in the Pre Bruce McKay era.
Note: Circle of Stones Website Accolades and Interlopers.
Note: Bruce McKay violated Liko Kenney's Civil Rights and those of many others. With some background as to Casey Sherman vs. me.
Public Statement from the M... by on Scribd
Posted by Christopher King at 2:37 PM