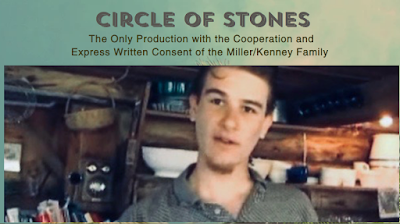 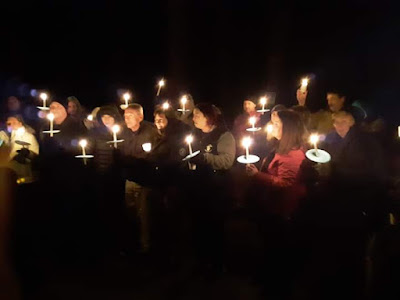 11 February 2019 Maura Murray update: Y'all remember Sgt. Chuck West, the liar who obfuscated everything in the Liko Kenney Greg Floyd Bruce McKay shooting tragedy right? Well I do. Check my 18 August 2008 journal entry as you realize that this architect of deception is holding up what appears to be the final search for Maura Murray's remains out there on a road in a place at a space I cannot disclose just yet.
BTW don't forget: Liko Kenney searched for Maura too. Bruce McKay was likely aware of this.

1:17 p.m. 1 June 2007 Strelzin to West:
Was there radar locked in McKay’s cruiser that shows the speed Kenney was traveling when stopped?”

2:28 p.m. West to Strelzin: The radar was on the dash with the target speed (safe to assume Liko’s car) locked in at 54. This target seed(sic) flashes when locked in. It was still flashing when I saw the cruiser hours later. The posted speed is 40 mph. I think that from the first stop to the second you may see a seed(sic) limit sign sign(sic) that they pass.

4:02 p.m. West to Strelzin supplemental: The radar reading will be in the crime scene report and the posted speed limit I will document in a report with photos."

[KingCast says I never saw those photos in the photos and you better believe I looked at photos for days and days on end.... the fact is, Liko WAS NOT SPEEDING according to the neighbor. Read this.]


The grey car was not going fast. I thought [McKay] was trying to get around it [for something else]. He made several movements (her daughter called it a "10-point turn" in her interview) to come nose to nose now facing north.... [McKay] pushed him and kept pushing him down (into the gravel area) dirt flew back the police car pushed him so strongly and just kept pushing and pushing and pushing until the grey car was beyond my view." 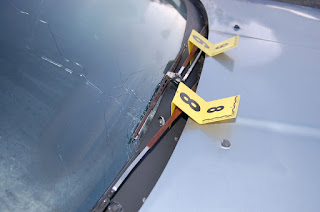 Not only that, he allowed a completely bogus general investigation and specific non-investigation of the Liko Kenney windshield bullet to remain as the official Party Line even though it was patently clear by his own initial words and the forensic evidence that Greg Floyd lied about ever talking to Like before he MURDERED HIM in my opinion. Remember folks, Kelly's own intel and the photos proved that Caleb's window was up. Duh. Just look at the crime scene photos here. I was the ONLY journalist to post these, ahem. Hither, Casey Sherman the bullshit artist.

Lastly on this update, Bruce McKay apparently was involved in some way the night that Maura Murray went missing; I believe he made a phone call to the liquor store remember?Erinn talks about it at minute 38 of her podcast series. Sure would be a shame if he had anything to do with her disappearance wouldn't it, Chuck.

************
New England writer Casey Sherman and his screen writer continue on their path towards False Light Defamation Lawsuit. Check our website for Circle of Stones. Here is their derivative work on John Stimpson's website.

We warned him several months ago about this so now we will get the lawyers involved and he will be hearing from us soon. Casey is just another exploitative white male in for a shocker. That’s him across from me at the Dutch Treat the day I won a Public Records Request Lawsuit against the NH AG and Town of Franconia. the quote from the Court awarding costs to be shared jointly is here:

Anyway yah so Maura Murray’s folks threw me a party with balloons etc etc. Casey is an Interloper in that town and everyone knows it. My co-writer has won screenplay awards and we are REGISTERED with SAG. He profited from my work and on information and belief is not running SAG actors just an open read to make a shit show movie exploiting the Miller Kenney family name and Bode when only we have express written authority that we EARNED.

Casey Sherman will use folks name just to earn a buck whether they license him or not. And because of prior arguments I have had with him and because of his current pitch I can tell he is going after the gun activists in Hollywood to try to say that Liko Kenney shot Bruce McKay out of mental illness and he's another example of why we need more gun control, etc etc.

I've already caught him saying LIko Kenney "wasn't a good kid at all." I busted him on it.
He will attempt to portray the Miller/Kenney family as a bunch of lawless redneck fools when in reality they are extremely bright and progressive people. I know this because I know them quite well. Casey Sherman most certainly does not know them well nor has he ever tried to, fact.

I also busted him (scroll down for proof) on Bad Cop Norman Bruce McKay not having Probable Cause to detain Like Kenney in 2003. I have all of the emails on this.