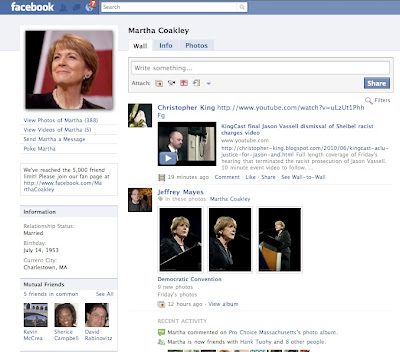 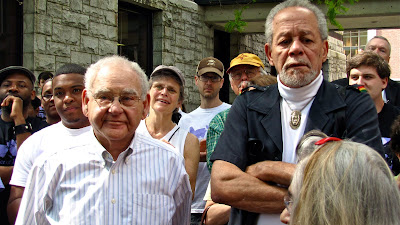 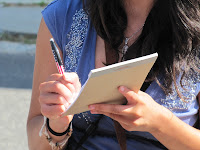 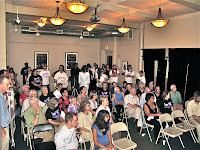 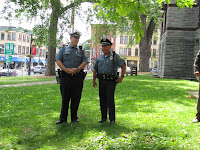 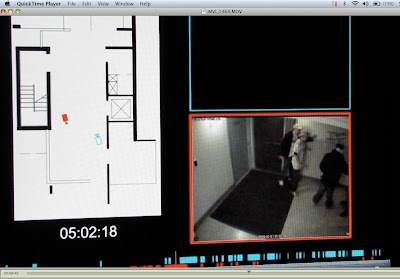 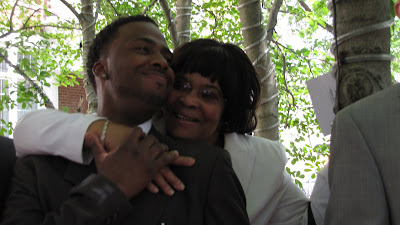 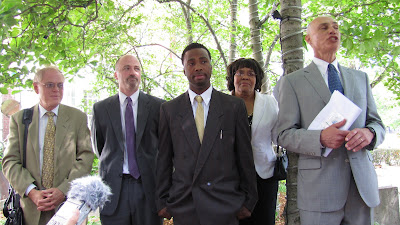 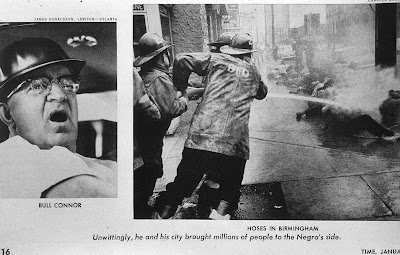 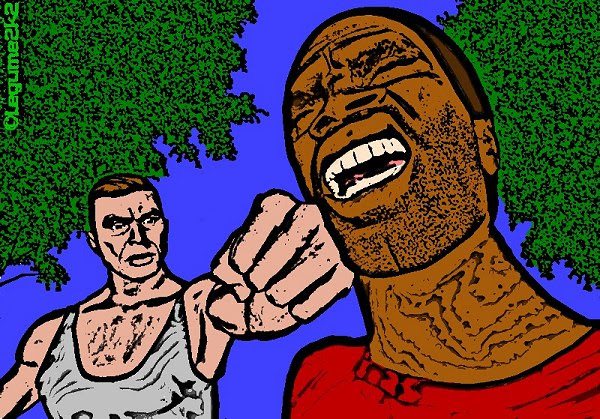 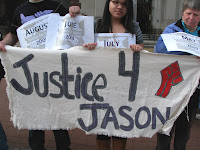 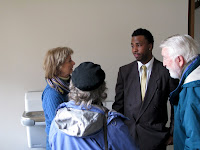 UPDATE...... From 30 years to nothing. First KingCast video: http://www.youtube.com/watch?v=Tpjrpt26L_I. Well, pretrial probation completion, 2 more months. Veddy interesting. I've got raw footage and a KingCast video coming up in the next few hours and days, including the racist, unwarranted and unprovoked hallway vestibule attack by Messrs Bosse and Bowes (video capture above), Disposition and interviews with Mr. Vassell's Aunts and college professor. And I told you before with respect to Cat Gibbons and Miracle Mortgage that Martha Coakley is a racist AG, watch her and the Massachusetts Division of Banks backpedal after vigorous KingCast video and legal analysis of their racist prosecution against her for being a black female mortgage broker who did Stated Income Deals (according to her white bank lenders' policies I might add) that put no one in harm's way. I'll be reviewing their Settlement Offer with her and licensed counsel this weekend, seems they don't want a hearing anymore either, ahem.
Official Statement from Justice for Jason:

We demand a formal public apology from District Attorney Elizabeth Scheibel and Attorney General Martha Coakley for 1) Selectively prosecuting Jason while letting two men with extensive histories of racially-motivated attacks walk away with little or no charges; and 2) ignoring the calls and pleas from their constituents to reverse this mistake and dismiss the charges against Jason.

Sooooo......In the last related post I discussed the shit-show that passes for Justice in Commonwealth v. Vassell. The conductors for this racist circus lynching include Perps Jon Bosse and John Bowes, Prosecutors Elizabeth Scheibel and Dunphy-Farris and features Community volunteer and then-UMass student Jason Vassell as the teased and exploited lion.

To the rescue came several media teams including Justice for Jason and Yours Truly and a gaggle of practicing attorneys including some folks from the ACLU including John Reinstein. I got up with ACLU on prior occasion when I was Boston Bob, seeking and obtaining some measure of Justice for Derrick Gillenwater, another victim of Massachusetts Jurisprudential racism at the hands of a couple of abusive attorneys and several Judges.

But what, pray tell, is the ultimate rescue in this case where a black man (Vassell) is racially teased and assaulted by two drunken white men who rush into his dorm room vestibule and break his nose without provocation?

Well as someone who has won criminal trials and busted cops for making my client a victim of violent crime V96-61481 and videotaped the notorious Dan Talbot Murder Trial I have my guesstimate as to what will happen in a few hours and I told it to Boston Strangler and Franconia shooting crime writer Casey Sherman but I’m not going to divulge what it was here until afterward. I never guess on a case not my own but someone else sure did, and here’s what they said:

Malcolm (seen here doing his best Bull Connor imitation) said...
Thanks for the great coverage Chris. As you may know there are a few different resolutions that could take place. While a plea bargain is one, there is also "continuance w/o finding" and "pre-trial probation 27687." Remember the DA has NO leverage in this case, and every lawyer we talk to is dumbfounded that the facts are as clear and racist as they are! Don't be surprised if a final resolution is not a plea bargain after all.

We shall see, but I'll not mince words with Prosecutor Sheibel, as I told Attorney Harvey Silverglate on 15 April 2010 she's a total cracker, read it for yourself: KingCast reminds Harvery Silverglate: Scheibel prosecutes bullies when they harm white girls, but she rewards them for bullying nigger Jason Vassell.

The DA has *NO* leverage in this case? I guess that's true except for all the videotape evidence, eyewitness testimony, and medical reports.
Can't wait for the plea!

The plea, caught on KingCast video, was to finish pretrial probation for 2 more months and THAT'S IT, game over Bubba.

You have been KingCasted, but Good.

Cool! I told him to follow my advice: just call everybody "racist" and you'll get off. Works every time.

It only works when it's true.

And sometimes when it's true it still doesn't work.

You just lost and you can't stand it.

Have a Nice Day My Friend.

Can you imagine an America where a black guy can't stab two white people? That's the REAL injustice, here!

I have a copy of the dorm video and will post it soon, probably as stand alone and part of a new KingCast short film.

This is a huge case, epic in fact and it came out similar to mine as NAACP Legal Chair except I wasn't even put on probation by the Rat Turd Prosecutor Bill Albrecht, who left under an ethics investigation and that's a fact search his name on the blog
C

You're goddamn right.... Scheibel/Ayotte for President!

You are so far out of your league, pal, and your reckless prediction proved nothing more than that.

What I told Bad Blood: Freedom and Death in the White Mountains novel and screenplay writer Casey Sherman 2 days ago, turns out it went better than I thought:

He'll plead to simple assault and case dismissed/expunged with no repeats in a year.

Fucking bullshit case all the way Casey. I can't wait to get my ass in that courtroom Friday......

Mr, Vassell has no criminal convictions and was and is a community volunteer.

Despite the Prosecutor's attempts to rehabilitate Messrs Bosse and Bowes, they've got rap sheets longer than yer momma's canine teeth.

They were and are troubled men, throwing beer on "cunts" and such and the Commonwealth provided them all the negative reinforcement they needed to keep on hurting innocent people.

And that's what's up.

PPS: As we said, NO leverage.

The American Flag draped onto the reporter's pen is splendid, one of those things you just can't stage or script :)

Try again for the vestibule video tomorrow (Sunday) and marking video for final 10 minute short film. May finish it tomorrow as well.

Also, if you look closely in Jasmin's hand, you can read the flip insignia, further documenting the use and power of the New Digital Media.

As noted by Daily Kos:

Now that I’ve been to his blog and watched some of his video [at KingCast.net] I have to agree that this is a very interesting blog. It's also funny as hell. And Mr. King, Esq. is great to watch in action. Thanks for posting all this and I wish you luck on your case. But who is the guy that follows you around and videos everything? This really is such a perfect use of the new technology of video, internet, and broadband.