KingCast Laments the Passing of Generation of Baileys.

Note: Blogger is giving me and a lot of folks a huge hassle right now. Photos cannot be added. Stay tuned.

And so it has come to pass that the sole remaining Bailey from my Mom's family has transitioned out today to be with her brother and sisters. Anna Bailey, a/k/a "Tootie" after a comic book character for some reason, helped me take care of Mom when she was felled by early onset frontal lobe dementia ten years ago.

We had the good fortune to be near each other on the East coast so I would either hop a bus or ride my bike over to see mom in Hartford and I would stay at Tootie's house where we would sit up and talk all night about life, love, politics, news and whatever came to mind. She was also the closest in age to Cecilia and my Mom Betty Jean and she most closely resembled her too.

She is also part of my fascination with Seattle, as she lived here in the 70's (that is a picture of a snowstorm in Redmond) and I almost got to come visit her and my cousins Brian and Stuart in 4th grade but alas they had just moved to Detroit, uggghhhh.....

She is of of two "second Moms" in my life and I miss her already. I knew I might not see her again several months ago when she came to Chicago for Aunt Cleo's Celebration of Life, and sure enough she, Aunt Cleo and Uncle Franklin and Betty Jean all transitioned out in a grand total of, get this -- eighteen (18) months.

That is uncanny. But really it isn't. That is the result of some sort of Divine, Cosmic Occurrence that is bringing these four together to meet their seven brothers and sisters, many of whom left this World way too young. But while they were here they all brought so much Joy, Passion and Good Spirit to life that they have left an indelible footprint on my Soul, and I thank each and every one of them for that.

I love you Auntie.

-Nephew.
Posted by Christopher King at 9:52 AM No comments:

Posted by Christopher King at 11:07 AM No comments: 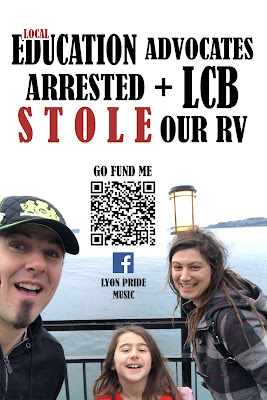 UPDATED VIDEO WITH NOTICE AS TO BOGUS CRIMINAL CHARGES

NOTE: This Motion was WITHDRAWN because the State filed bogus
criminal charges against Levi and the legal team decided to focus
solely on those for the moment. I apologize for any confusion
but you can blame the corrupt LCB for that.

Levi Lyon is entertainment director of Hempfest here in Washington who is at the head of a lawsuit that threatens to expose the Washington State Liquor and Cannabis Board as a completely corrupt entity with no true enforcement powers. Mr. Lyon has a documented history of progressive education about responsible marijuana use.

But today he sits in potential ruin at the hands of the Washington State Liquor and Cannabis Board after they confiscated his Vans as criminal tools because Mr. Lyon’s partner was smoking marijuana in a registered RV at a Disc Golf, Food and Clothing Drive. Undercover agents attended the event then later showed up with warrants that did not contain any signed Affidavits for the vans. In a Zoom interview Mr. Lyon recalls there being a problem with the Warrant in the field that day.

Advocates with Stafne Law Advocacy and Consulting asked for his files but have never seen any sworn Affidavit supporting the seizure of the vans. Weeks later a Good Samaritan obtained a different signed Affidavit that the Agency used to obtain electronics from the van, but no one has any proof that Officer Robbie Slattery is in fact a Licensed Peace Officer authorized with full authority here in Washington. In fact there is pending legislation now with Bill No. HB 1626 - 2019-20 that would allow LCB to enforce State Laws but it has not been enacted. 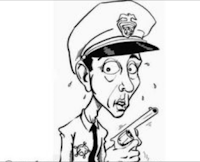 Meanwhile the DEA reports that Washington State has led the entire Country on Civil Marijuana Forfeitures for the past two years, with $25M being 5 times the take in second place California. Washington alone comprises half of the take for Seizures in the entire Country. Industry lawyers and legislators in Washington who are advocating for full legalization under HB 1945 have noted a conundrum that allows for the disturbing growth of abusive forfeiture laws:

Marijuana remains legal to buy and to own and to smoke in private…. Which is precisely what Mr. Lyon and his crew believed they were doing in their RV that day. Had they been drinking in the RV it is a safe bet that the buses would still be in their possession.

LCB already had its testing procedures revoked amidst corruption allegations relative to HB 2502 assigning the process to the Department of Ecology. And word on the Street has it that LCB is now using youth with fake Passports to entrap pot shops. Some shops tell me they no longer accept Passports because of this. Washington LCB is an Agency fraught through with crippling issues as it continues to violate Procedural and Substantive Due Process like it's going out of style. Hopefully it is indeed, going out of style. This Action in Replevin is a step in the right direction. 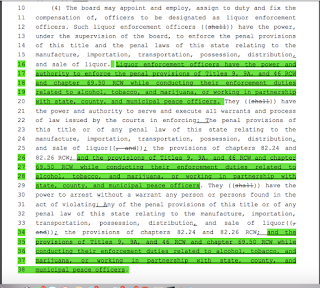 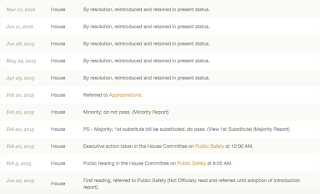 To see an informational video and more information please visit his web page at
LyonPrideMedia. 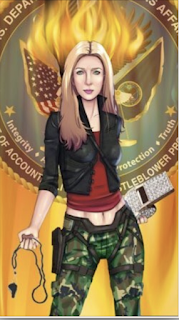 We start with my last post and video about the Voncelle James Courtroom Debacle for which I still owe the Judge a former Bar Complaint for trying to protect the VA from exposure of its dirt. It's coming. Meanwhile Y'all remember Whistleblower Jamie Fox from my early posts about the Robert Bozgoz Whistleblower situation right? Back when I told you that the VA must fire Robert Bozgoz's boss Voncelle James I told you that the VA, operating under Robert Wilkie's predecessor James Shulkin and his predecessor Bob McDonald gaslighted her and tried to have her involuntarily committed and criminalized her. Says Fox:

"My privacy violations started in July 2017 when Wilkie took over. I was involuntarily committed for 46 hours starting on Oct 24 2018."

Well they lost their attack and her case settled. This week she just wrote a global email referencing the Bozgoz Family and me. Further, as it turns out there is an active lawsuit (Direct link to American Oversight and Democracy Forward Foundation v. U.S. V.A. & Robert Wilkie, DC List  19-CV-2519) for failing to turn over Shulkin emails to and from the "Mar-a-Lago" Crowd and yet we wonder why the newly-established Whistleblower Office within the VA is actually a filter to spot, net and fire Whistleblowers under the Trump - #45 Administration. 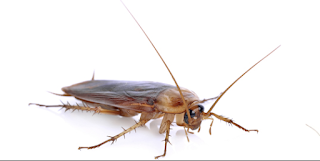 What does the VA do when Whistleblowers expose the corrupt? The Corrupt get scattering like cockroaches, that's what happens.

Deputy Secretary James Byrne got the hook a month ago. On 5 Feb Wilkie fired James Byrne. They asked him to resign. He said no. They had to get security to walk him out of the building. Wilkie said he simply lost confidence in him. Byrne is the same person who ordered Voncelle to order Robert back to work against his dr orders. He also run ORM retaliatory game. He is the strategic planner.

Voncelle James took a powder and is now stationed in Operations as of 21 Jan after it is reported that she was shredding papers a month earlier. Too late honey must of that stuff is indelibly-placed on computer files anyway. Nobody knows what the hell she is doing. 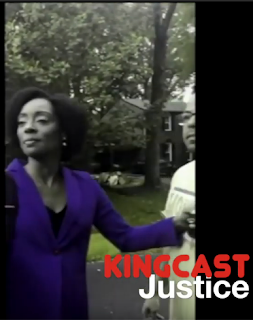 And last but not least Scuttlebutt has it that Robert Wilkie is on his way out as well, potentially because of the above-referenced lawsuit. At least he would have just about quadrupled Shulkin's reign of five -- count 'em -- 5 months. The VA is fundamentally flawed internally and on the client side as this 2014 Editorial "How Veterans Can Fight Back Against VA Abuse."


But now keep in mind it's not just partisan politics here. Remember Democrat Judge Amy Berman Jackson is in bed with Big Pharma and Prince Harry and the Invictus Games, etc. They are getting tax dollars by using veterans and wounded warriors. They exploit them through the wounded warrior and Invictus games. The main sponsors are hidden, such as JP Morgan and Goldman Sachs, and of course The Good Judge and her pals have hidden stock as I have noted in this post and video to Tucker Carlson.
Washington, DC— Today, Democracy Forward and American Oversight sued Veterans Affairs Secretary Robert Wilkie for failing to recover and preserve emails his predecessor, David Shulkin, sent from a personal account used to conduct government business with outside advisors. Shulkin specifically created this private email account to shield his discussions of VA business with the “Mar-a-Lago Crowd”— three individuals tied to President Donald Trump’s private Florida club who have advised the VA in violation of federal law as the suit alleges.

The Federal Records Act requires the preservation of all agency records, and failure to do so violates the law. In April and May, respectively, Democracy Forward and American Oversight issued letters to Secretary Wilkie putting him on notice of these violations and demanding that he take action to comply with the law. Today’s filingcomes after Secretary Wilkie failed to act.

“The Trump administration can’t hide how deep the Mar-a-Lago Crowd’s influence ran at the top levels of the VA by ignoring the law,” said Democracy Forward Executive Director Anne Harkavy. “Business done in the name of the American people is government business, and has to be preserved by the government, even if it’s conducted through private email.”  “Members of the Trump administration have routinely used private email and backchannels to conceal their work from scrutiny,” said Executive Director of American Oversight, Austin Evers. “The VA has an obligation to recover Secretary Shulkin’s emails to determine what he tried to keep out of the public eye.”
Posted by Christopher King at 9:50 AM No comments: