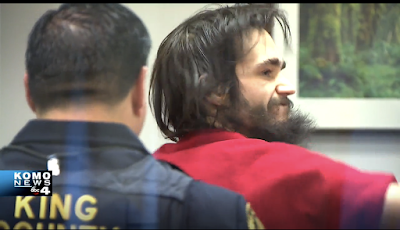 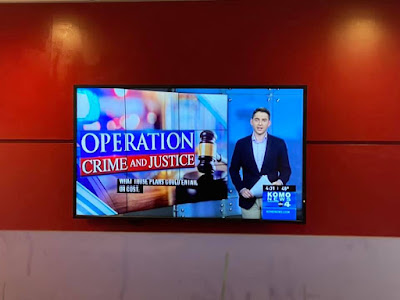 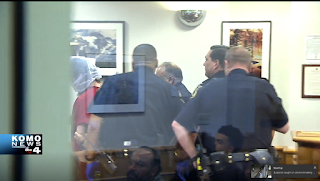 12 Feb. 2020 Update -- Yes folks accused rapist Christopher Teel is indeed still an asshole and I want every potential Juror to know that he also sucker-punched his lawyer in Open Court yesterday. They have delayed so many damn hearings in this case that I actually missed it because my footage would have been better:

By using an iPhone and placing it directly to the glass you don't get the reflections. Watch my video, you'll see. I hope to be in town as the case moves toward Trial but if not I'll pay someone from my SCC class lecture series to attend in my place. KingCast will be present in some shape or form for this bastard's trial.

Still, Big Ups to KOMO for being there. KOMO is the only station that ran coverage of our lawsuit when a certain idiot killed Livi the Wonderdog in Dec. 2016. In general I don't like what happened to the station over the years politically but I still give them props.

The bag over the head to discourage biting, a nice touch. Would be such a shame if that got too tight or something. Remember that scene in Ozark with that brother who admitted whacking the smack supply. Yah, that would be sweet. 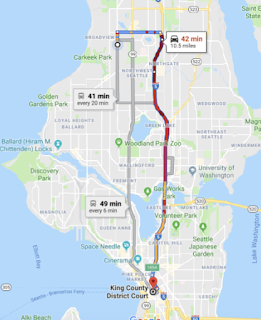 Seattle: Worst Drivers in the Country.

4 October 2019: Obviously the 23 September 2019 Trial Date was a farce. There is one scheduled for 15 October 2019 as well, Good Luck with that. Anyway there was another hearing today that I just couldn't get to it so I called the Court today but no word back yet as to when the next "Trial Date" is.... because I bet you this one gets bumped.... so anyway I pray that maybe -- just maybe one day Lindsey and the rest of us can see this asshole brought to Justice. We are all waiting so patiently. 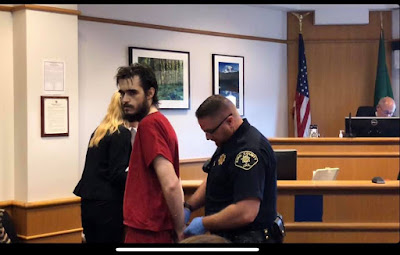 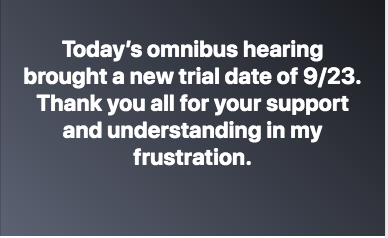 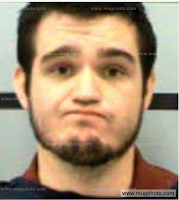 I'm quite certain I'll be bringing you much more footage than major press. I see Christopher Teel is no longer sporting the once-haughty smirk that graced his prior mugshot photo. In my opinion this multiple criminal is finally going to be locked away for quite some time.

An expert report on him is due to the Prosecutor's later this month, with yet another Rape Trial continuance to 23 September. I'll be there with cameras drawn.
Seattle: Infested by crime and criminals.


But don't worry Chris. You need this. You want this.
Here is some Backstory.
Lindsey Steele documentary video with Chris Rufo "The Wrong Narrative." 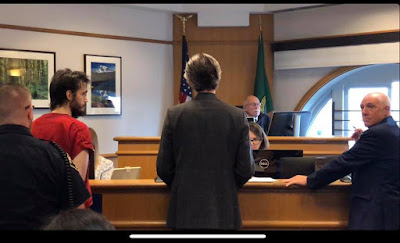 Posted by Christopher King at 12:08 PM