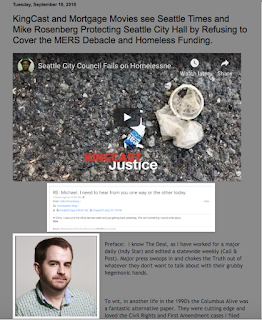 Hahahaaa... I had always said Seattle Times Mike Roseberg was an ass for failing to cover anything about MERS or my lawsuit as to why the City never sued MERS as did so many Counties in Oregon. Well there you go, folks, Talking Points Memo reports that he has now basically been sacked for sexual harassment, just goes to show:

Son let me tell you sumpthin' you need to be very very careful before you even think about saying anything like that to someone you are not already intimate with. Just call it a KingCast helpful pointer. So you got kinda sacked. Not like, ball-sacked as you are probably thinking with respect to unwitting recipient of your advances, but sacked as in you basically got fired-sacked. 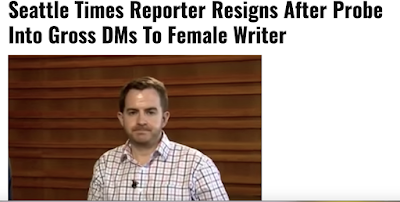 Must every inquiry into sexual misconduct be a probe I wonder.

Unfortunately the Times will still likely continue to ignore the issue but at least now I have an entry to them: "Say you guys you might want to consider what I have to say.... I would hate to impugn Reporter Roseberg's integrity, but...... he does look kinda creepy..."