I have watched this trainwreck of a case for 10 years now. I’ve won criminal trials. I was a State Attorney. At one point I believed in the integrity of the Judicial Process. That belief had largely evaporated long before the State’s expert witness failed to appear in this case, and long before Detective Smith’s Perjury went completely unpunished.

I don’t know who they think they are fooling but they are not fooling me.

Watch for this on 28 May on WGBH All Things Considered.

For those of us who have considered the folly of attempting to again prosecute Darrell Jones following his Wrongful Conviction release about 16 months ago... have I got a developing doozy for you:

First off, wait for my full interview with Mr. Jones tomorrow evening after I edit it down.

Second, remember that Mr. Jones was released from prison about 16 months ago after serving 32 years for the murder of one Guillermo Rodriquez (Pow). There was police perjury. There was racism in the Jury. There was a lawyer Ken Elias who was working with the cops as clients without divulging the relationships. There was a doctored or crash-edited video of an alleged identification by a then-prostitute who was hopped-up on drugs and looking for a fix.

And then, thankfully, there later came the Innocence Project on one of their first non-DNA cases to fight for Justice, freeing Mr. Jones on their first effort in time for him to return home for 2017 Christmas.

Sources indicate that this trial -- which was moved from Brockton to a lighter shade of Plymouth for some reason -- is tainted by a rogue Judge who is browbeating witnesses into submission to make them reiterate what they may have stated 33 years ago. The problem is that the witnesses claim that they were under threat of duress at the hands of the police back then to make statements that might have been helpful to the State's case against Jones. From WBUR's Bruce Gellerman's story today:


[Edna] Duquette testified that Smith had threatened her with prison and said he'd take away her infant son if she did not identify a photo of Jones he showed her in a display.

Mr. Jones' lawyers are being so hamstrung by the conduct of Judge Cornelius J. Moriarty II that a Withdrawal Motion is going to be filed. At which point Mr. Jones is still entitled to a lawyer, folks. That's the 6th Amendment to the United States Constitution. But a Commonwealth Court that does not care about Police Detective Joseph Smith committing Perjury obviously does not care about any Rights that Darrell Jones has to effective Counsel.

In essence, he is right back where he started from 33 long years ago. Says Jones,


"Now if you felt you were going to jail for trying to tell the Truth now, what position does that put you in? All of this warning and threatning about Perjury for them but nobody ever said anything to [Detective] Smith and he actually committed Perjury."


"Perjury in a murder case is a serious offense and something this court does not take lightly," Moriarty said.

Is that right Your Honor?  If it is so serious then why hasn't Detective Smith been charged with Perjury? Inquiring minds would like to know.

Stay tuned for the interview. It is a cry for Prosecutorial Transparency as seen in California and Connecticut and hopefully, beyond.
#MASSissippi. 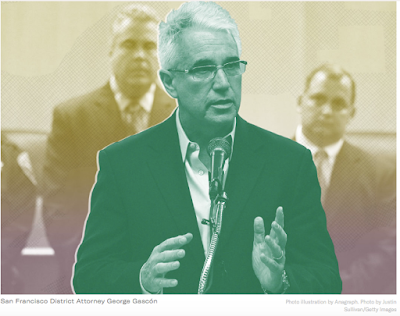 Posted by Christopher King at 10:19 AM