Hot off the Presses:  Zucked: Waking up to the Facebook Catastrophe
NYTimes 29 January 2019 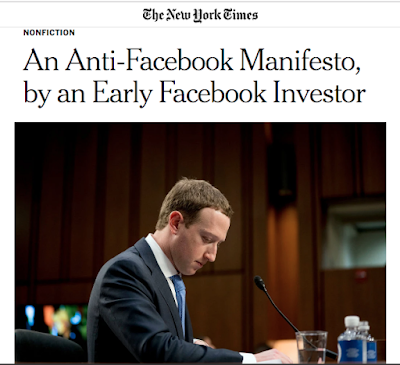 But here’s the bizarre quirk of the Facebook dystopia, whose sheer perversity would have likely pleased Orwell: It’s all Big and no Brother. Our time and lives are the company’s only currency. Without our continued attention, Facebook quite literally has nothing, and its empire could be brought down with a feather. Now, blow.

When I walk into a Courtroom to make my case I don't come to play. I come to stick a knife right through the Defendant's jugular. Here's how it starts folks:

May it please the Court: Again first of all this Case is dedicated to my mother, the inimitable Betty Jean King who is part of this lawsuit as I shall explain further, so let’s all take a moment to Honor her because without her we would not be here in more ways than one: She’s the one who had the vision to tell me to “get a blog” 20 years ago. 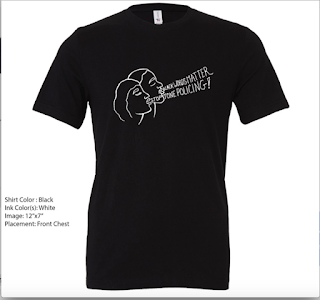 May it Please the Court:

I have given this Court everything it needs in order to make his client Do the Right Thing. Through my investigative efforts this abusive Internet juggernaut called Facebook has been exposed on every single point of Law that it has raised in its defense with case law and common sense in this Country and in Canada and using the words of one of their own Amicus Counsel and former VP of Diversity no less.

What the Court chooses to do with it is all down to you, Your Honor.

The people seated behind me and I respectfully ask that you Do the Right Thing.
For far too long Mark Zuckerberg has been violating people’s rights in many ways and issuing false apologies and getting away with it while he built a multibillion dollar empire that is disproportionately supported by people who look like me, according to the Pew Charitable Trusts. This is done in a calculated move to maintain their white supremacy. It is up to you at this point – and only you – to hold this abusive empire up to scrutiny and to hold them accountable. 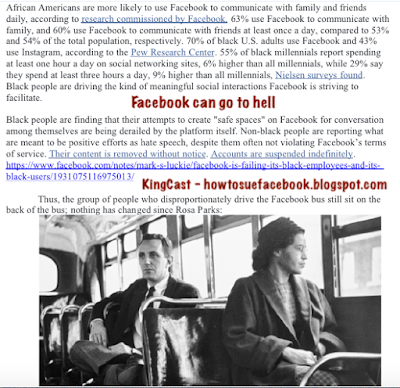 Now then turning to the specific issues at hand…..

Facebook Faces Lawsuit on C... by on Scribd
Posted by Christopher King at 5:26 AM