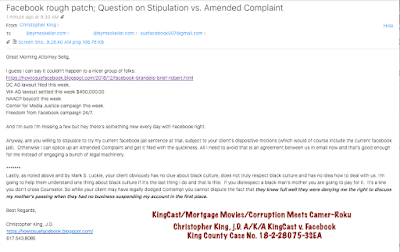 Note: I see Facebook will stop running political ads in Washington. Great work on the Stranger's part. Now I am going to visit them to inquire why they have not covered my lawsuit.

I guess I can say it couldn't happen to a nicer group of folks:
https://howtosuefacebook.blogspot.com/2018/12/facebook-brandeis-brief-robert.html
DC AG lawsuit filed this week.
WA AG lawsuit settled this week $450,000.00.
NAACP boycott this week.
Center for Media Justice campaign this week.
Freedom from Facebook campaign 24/7.

And I'm sure I'm missing a few but hey there's something new every day with Facebook right. 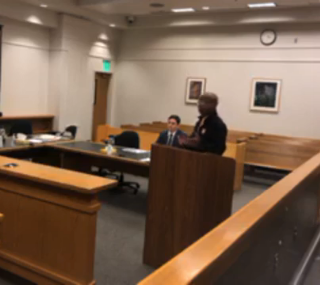 Anyway, are you willing to stipulate to try my current facebook jail sentence at trial, subject to your client's dispositive motions (which would of course include the current facebook jail).  Otherwise I can splice up an Amended Complaint and get it filed with the quickness. All I need to avoid that is an agreement between us in email now and that's good enough for me instead of engaging a bunch of legal machinery.

*******
Lastly, as noted above and by Mark S. Luckie, your client obviously has no clue about black culture, does not truly respect black culture and has no idea how to deal with us. I'm going to help them understand one thing about black culture if it's the last thing I do and that is this:  If you disrespect a black man's mother you are going to pay for it.  It's a line you don't cross Counselor. So while your client may have legally dodged Contempt you cannot dispute the fact that they knew full well they were denying me the right to discuss my mother's passing when they had no business suspending my account in the first place. 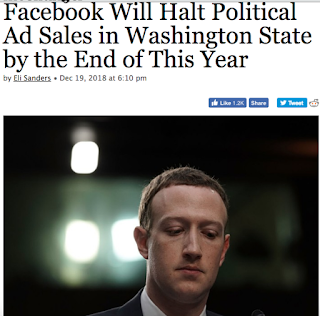 ADDENDUM ON REFLECTION OF YEARS OF COURT VIDEOS:

Oh, it gets better. Or worse.

I’ll go even deeper on you Josh. Much of the Internet is of course owned and managed by white men of privilege and the negroes and other wannabes who suck up to it in hope of redemption for their sorry souls.

For example, to wit: The way that Politico dismissed my Complaint (link below) about one-term neocon Kelly Ayotte was yet another byproduct of the white Internet mafia. She and that racist pug Joe Arpaio booted me out of a publicly-advertised event and their buddies even slapped my cameras and laughed about it. Watch the video and look at Joe looking at me. What an ass that guy. You know they made pugs from wolves, but that's another story. 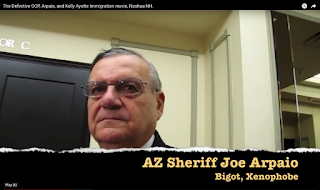 And here is the Politico yellow journalism story "Kelly Ayotte's $120K Nightmare story" that they ran was when Ayotte twice kicked me out of Kelly's publicly-advertised campaign events and they even got Joe McCain (RIP) to go along with it. Watch the "Mexican Standoff video that is part of my TV show trailer. Even U.S. Veterans were disturbed about the way I was treated. 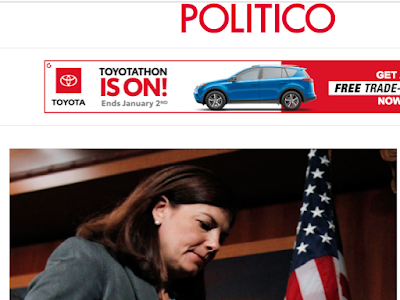 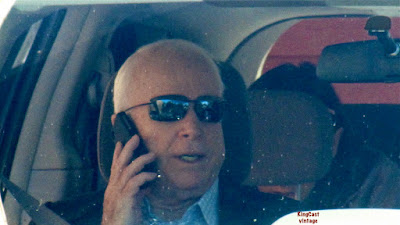 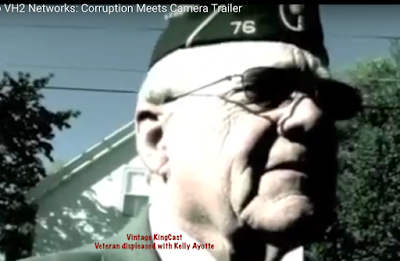 They and "reporters" Scott Wong and Manu Raju are lame reporters on a leash.

They wrote:
Ayotte dismissed the suit as 'frivolous,' and a federal judge largely agreed.

Well... Frivolous is a Term of Art folks. Too bad the Court never found anything I did to be "frivolous" because it would have been too obvious given the incestuous relationships involved with the current Chief Judge. Not that mentioned any of that at all mind you.  Ayotte and crew actually had dressed Nashua PD at the "private" event, which would be an oxymoron, you morons. Ask your lawyers. Yet they still labeled it "frivolous" in their tag line. 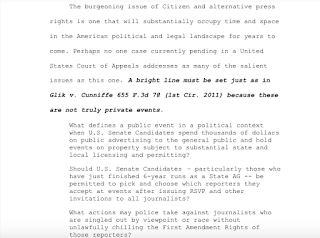 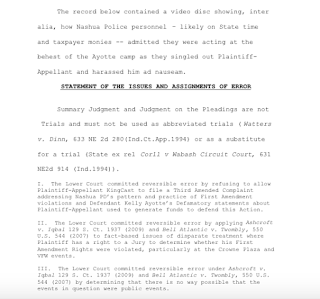 Politico actually knew the real facts that the Court ignored and yet they refused to mention them, including then Magistrate-cum-Article III Judge Landya B. McCafferty having worked for the same damn law firm (McLane Middleon) as Defendant Ayotte without disclosing that in Open Court or to me at any point in time. That's basic bias 101 and then it was rubber-stamped by my CWRU '78 Law School Alum Edmund Sargus. Watch the movie folks, it's all right there for ya when I forced her little backdoor recusal, now she's Chief Judge. Nice. It's basically like, "fuck you nigger we got this. Pack it up and go home."  I did for awhile. Now I'm back with these Facebook fucktards such is life.

Direct link to McCafferty Recusal video.
*********
Now as to Sargus, at bottom we both were Assistant Attorneys General (he was Special Counsel at the same time I was an AAG law clerk and then lawyer) because his daddy was a Senator but anyway the proof is all right here because I am quite thorough.The corruption runs deep.
http://christopher-king.blogspot.com/2010/12/kingcast-tells-jack-middleton-and-kelly.html

********
Now correct me if I am wrong (I never am) I believe Ms. Landya  is now the Chief Judge of NH Federal District Court. Whatever, she and her pals still violated basic Rules of Ethics point blank and I memorialized it and will continue to do so. None of you scare me. I am an American and I will speck my educated Truth. Educated at the same law school as Judge Edmund Sargus, that would be (and is) Case/Gund School of Law was top 50 when I graduated.

The Federal Court was Complicit.

Here's the best part: The Court already knew all of the dirty connections because of Jack Middleton’s cozy relationship with the Court and not only was he Kelly and Landya’s boss he was my opposing Counsel and again no one told that to my black ass any of that.

But I figured it out: Jack Middleton's law firm donated to Kelly's Senate Campaign, heavily. Enough for now but believe me I've got more.
*********
Anyway I know you dug back on me 20 years or so.... so you must have dug back more recently than that too, right.  Right. You know fully what I do and what I am capable of and your client proceeds at its own substantial peril, which is fine with me. See you at Trial Counselor. Exactly how much of that you think you can keep out of the Record or from getting to a Jury remains to be seen. But you're welcome to try, it's a free Country. Sort of.

This is for Betty.

I’ll grind it out. And so will you, right next to me my amigo. Nothing personal, I can assure you.
I like you actually and as I said earlier in my Rule 408 letter we could have had a beer. At this point however, there is simply no thing in this World that your client can say or do to me that can hurt me.  Everyone knows that Facebook is a POS. I warned you about client control didn't I?

Yes, I did.
Your Move, Counselor. I'll get most of this to a Jury one way or another, white Internet mafia or not.
Best regards,

The Spook Who Sat by the Door.

Posted by Christopher King at 11:43 AM