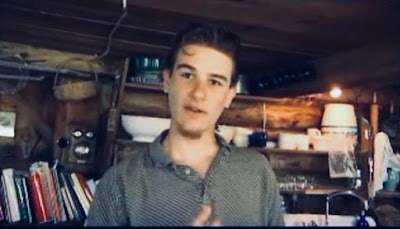 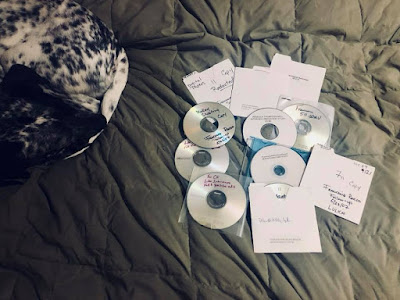 It always pays to keep your records.🧐
This way if some says you’re full of shit you can just say
“ummm... not so much dude. YOU’RE full of shit!” 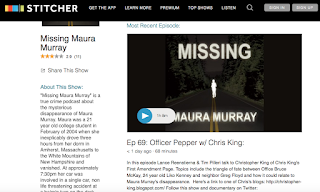 In this episode Lance Reenstierna & Tim Pilleri talk to Christopher King of Chris King's First Amendment Page. Topics include the triangle of fate between Office Bruce McKay, 24 year old Liko Kenney and neighbor Greg Floyd and how it could relate to Maura Murray's disappearance

Note: Not a mortgage but important enough for me to cross post it here from my personal journal page.

"Like talking to a tornado!"
"Chris King is a ball of energy"
"Videos like an episode of Law and Order."
-- Lance & Tim.

The best story on this is from ABC News. Hats off to Lance Reenstierna and Tim Pilleri for the excellent series and for Errin Larkin for putting us together after all these years. Be sure to join me in future episodes on their other channel.

Enjoy the interview with Lance and Tim. It is highly disturbing, however, and quite graphic. Because that's how life is.

The Franconia shooting tragedy summary video I made a few years ago is proof of that. So too is the most obvious deficiency in the "investigation" of this case, the failure to analyze this windshield bullet as well as Bruce McKay's conduct before and throughout the last moments of his life, when he was busy violating all matter of clearly-established Protocol. 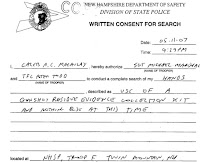 Here are some contemporaneous comments from Caleb Macaulay about Greg Floyd's behavior that completely contract the Ayotte "investigation." Remember his GSR test? There was no GSR anywhere on Caleb folks because Greg Floyd shot through a closed window, yessir.

Here's some good stuff about bad cops in NH and incomplete forensics. Honestly, I said Kelly Ayotte should have been disbarred for this and I maintain my position to this day.

Here's another pack of lies from Kelly. But the biggest pack involves the Greg Floyd documents that were illegally withheld from me by Kelly, but obtained through an honest State Attorney by the name of Marta Modigliani. Also his son is a convicted thief, same as his papa.

Anyway, it's sad that some LE ruin it for others, because they already have the toughest job in the World, but when you hurt people with intention, time and time again, I will indeed join the community and make certain that you never get a road named after you:  Because you weren't so much killed in the line of duty as much as you were killed using your badge as a tool of misogynist (Ms. B Affidavit requesting psychological testing) and otherwise hateful hegemony to terrify innocent men, women and children, and that's a fact.

An interesting thumbnail from a Topix board discussing the lawsuit that turned up Bruce McKay OC spraying a young girl.

*************
Scenes from Greg Floyd's subsequent conviction and tantrums after
issuing a gun threat to an elder female. 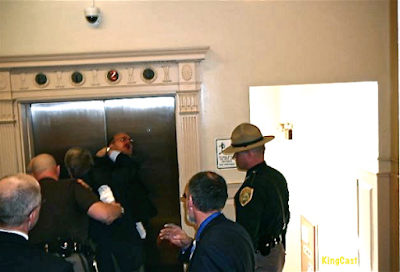 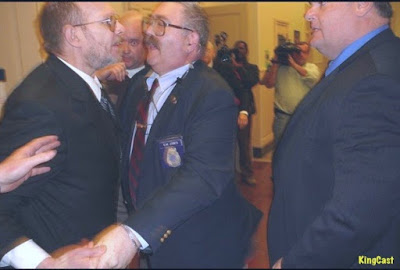 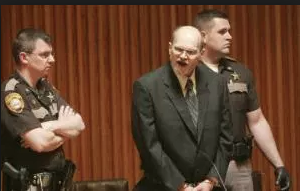 From 2007 -- noting just some of the incomplete files given to the press regarding Greg Floyd, the multiple felon whom Kelly cleared in about 36 hours. Here are some contemporaneous pictures of Greg Floyd. His son is also a convicted thief.

Homicide AG Section Chief Jeffery A. Strelzin wrote me regarding this post:

Frankly I don't remember seeing items 2, 3, 4, or 5 but will double check the investigative files on disc. Everyone else let me know if they see them because no one yet has told me that they have in fact seen those documents prior to KingCast posting them here. The documents: 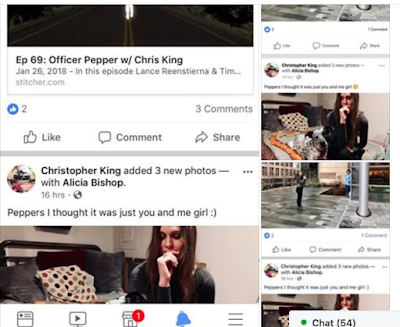 PS: Facebook made this post disappear on my page. I met two different people last night with the same result. Yet everything else I had posted in the past 48 hours was right-fucking-there. Look above Alicia's head in all three frames. My phone of course is the larger thumbnail on the left. But don't worry. We have nothing to fear about Net Neutrality, No Sir. Nothing to see there, let's move it along, folks.
Posted by Christopher King at 3:12 AM