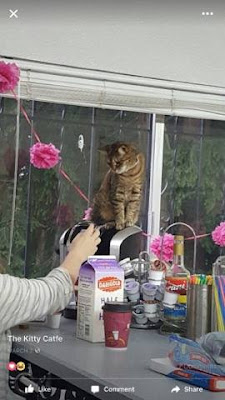 Cats on the Kuerig, no problem.
Maybe a nice male cat will mark his territory for a little extra flavoring.
Heh, Damage Control she says..... 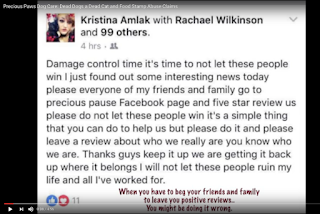 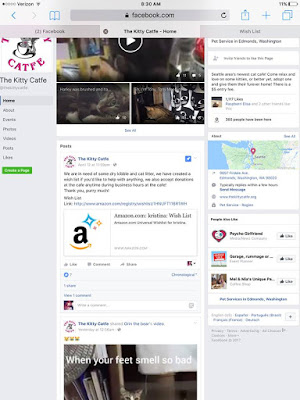 Beg, beg beg.
Stop getting your nails done and killing dogs
show some humility and you'll be just fine.

I'm sure city council and health code and Chamber of Commerce will look the other way when I present these items to them this week now that we're back in town. Just like using a legal license to bring our dog to an illegal house kennel and kill her is just fine as well. That would be par for the course.

And feel free to include the negro-negro and "ugly lazy motherfucker" "crybaby" "plays victim rather well" talk about me too (see very bottom thumbnails) A really great business model:

Lie to someone about your licensure, kill their dog, then trash talk them and try to put them in jail, nice. Hell we NEEDED a vacation just to stay sane dealing with this abuse. You run a story about this woman and I will be at your doorstep. You're goddamn right I'm fucking pissed off and I have every goddamn right to be. 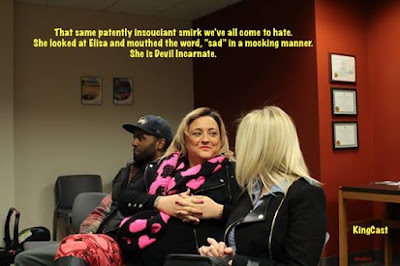 See watchdogfordog FB.
As a final note to Fox Affiliates contemplating a story about Ms. Robinson and her financial woes:

Right after she set up dogs to fail at her ILLEGAL house kennel in Mountlake Terrace, she murdered her own dog Bullet. No one has been able to get a straight answer out of her as to why she put down Bullet, who to all accounts was NOT involved in the deadly fight. Well, Livi wasn't too involved either gauging by the wounds I saw but I digress: Everyone knows that Bullet was their least favorite dog, and he reportedly exhibited some signs of aggression AFTER he saw Nova (one of their favorites) maul and kill Livi. He was also the youngest, so why not just REHOME the little fella? See thumbnail at bottom.

She claims I want to kill all of her dogs but really she's doing a damn fine job of that herself. Now she cries out for help at the Kitty Catfe but have you noticed she's always got money to get her hair and nails done (see the top picture of her smirking at MLT City Council) and even though she's hawking Food Stamps (see top video). More importantly she is again in blatant violation of health codes, not that MLT or Edmonds police or code enforcement seem to care, because she is PROTECTED.

These municipalities give her carte blanche, no real enforcement. We know more than we are letting on, just wait for the litigation and enjoy the pictures: I'll eat my own pet hair with my food -- heck I kiss my own dogs on the mouth -- but I won't eat random pet hair with my food, no thank you, nor should anyone else. Cats drinking from the human water fountain and cats playing in human food while Kristina finds it all so amusing. 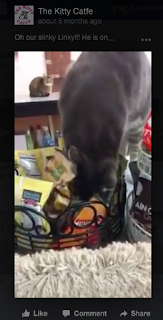 Also, in another part of the police report she pontificates about the plethora of reasons why her dogs might have killed Livi, including the fact that they are protective of the family cat.  But of course she lacked the judgment or foresight to put our dogs in a separate room, especially knowing that Livi LOVES TO PLAY WITH ANYTHING. And remember, she admitted making the same mistake on prior occasion, i.e. leaving dogs unattended with injury and her fried Pattie Angeliz also did it, I have the pictures to prove it.

She was too busy trying to make her next dollar and being stupid and incompetent to adequately care for our babies, and no she doesn't deserve any feel good stories. She deserves the lawsuit she is going to get, a feature story about how and why she killed Livi the Wonderdog, and code enforcement to SHUT HER DOWN before she kills again, period.

We're sorry Bullet... we're sorry Livi.... you were both MURDERED because Kristina Robinson is a reckless dog killer. See the top 13 dangers right here, and sign the Petition to Revoke her Edmonds license that she illegally used to bring dogs to her Mountlake Terrace home, here. 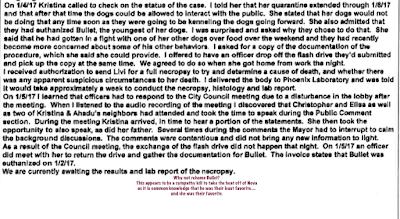 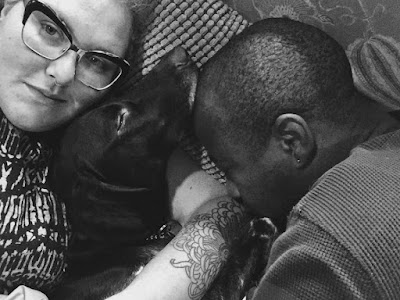 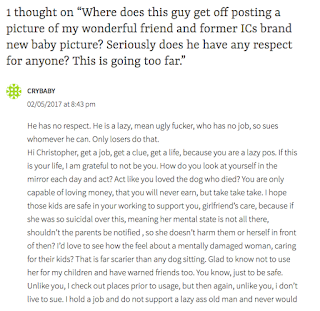 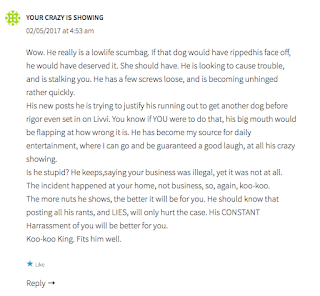 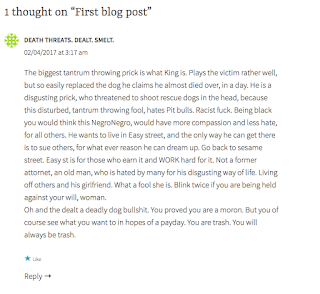 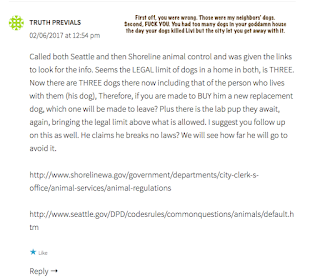 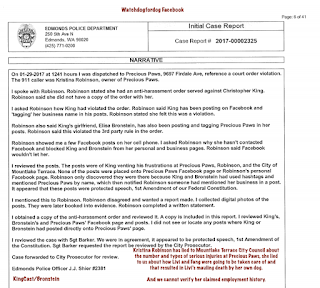 Posted by Christopher King at 2:14 PM