Court colloquy above, Interviews below. 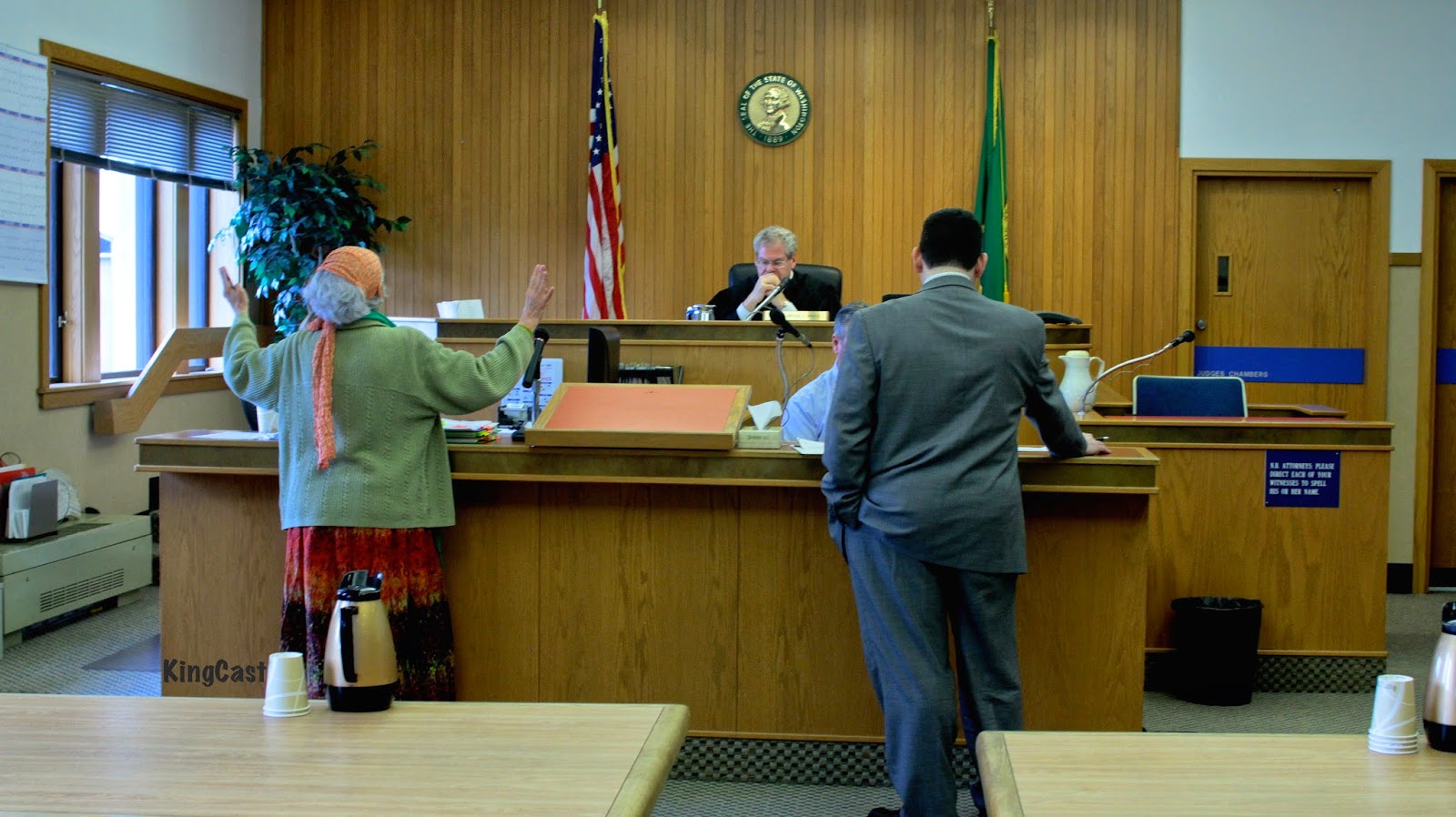 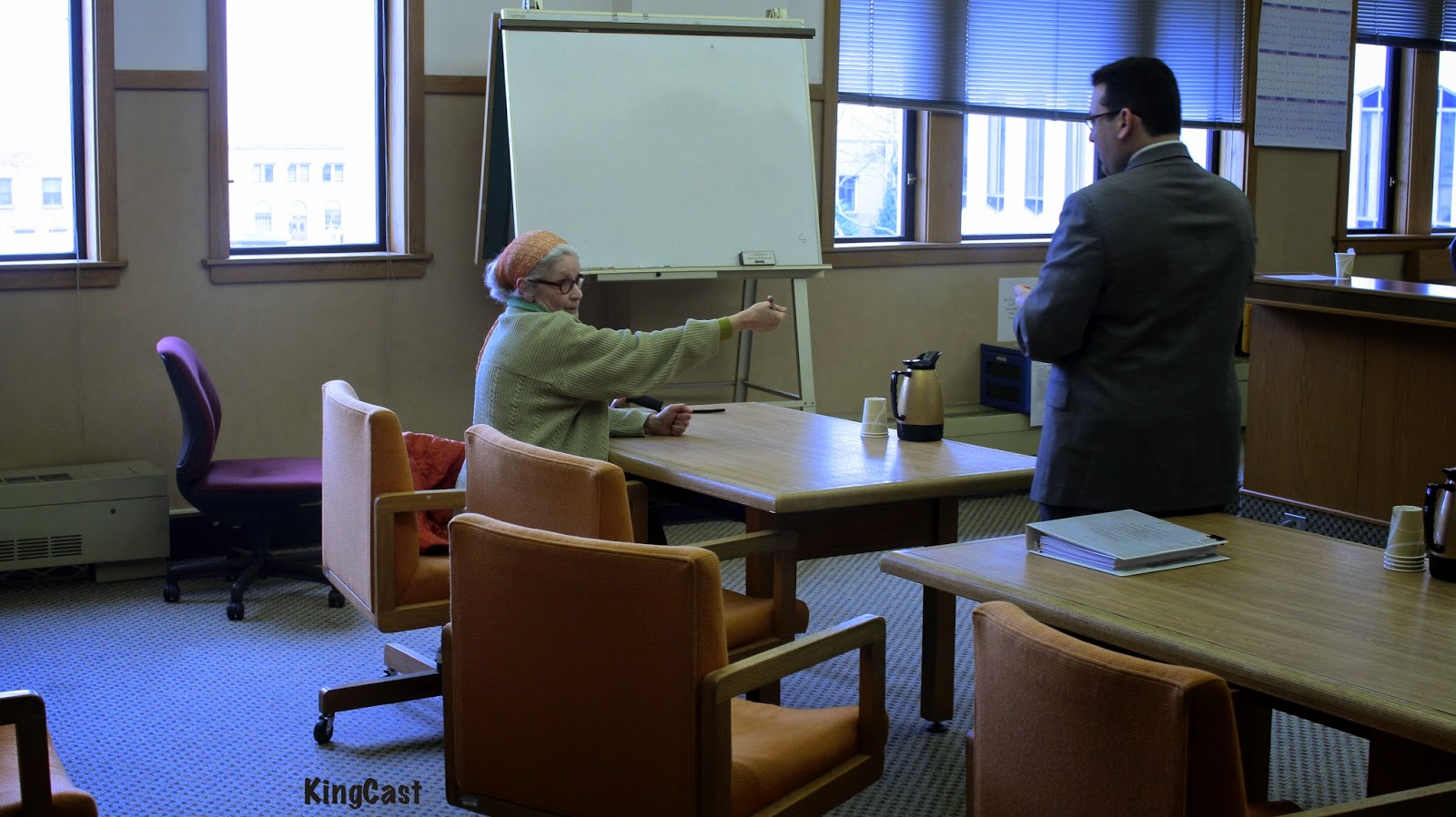 Note: All four of the Ha Dao Deposition videos are online for free (free as in "Free Country," right) at Affordable Video Depo. OK first she won her Motion to Remand after a rather specious, calculated and dilatory Motion Practice tactic by apparently only one Defendant. Then last week we saw how in a companion part of this case, Select Portfolio got away with attorney testimony regarding an alleged Deed of Trust that cancer survivor Marilynn Shcolnik claims she never signed. She is moving for an Appeal because the Court gave short shrift to her Motion to Strike the Attorney Declaration of J. Will Eidson even though the signatories all reside right here in Seattle. She claims her passport/Canadian & U.S. Border Patrol documents show that she was not in town on 25 July 2006.

Not only that, but the alleged Loan Modification she signed references yet a different date for the security instrument: 31 July, 2006. This shit is crazy, right.

None of the three putative signatories to to the Deed of Trust -- Rose Kane, Keith Thomson, Esq. and Carey Steingrabber -- have stepped forward to acknowledge that she signed the documents in their presence, which is the basis of the interview I conducted with NWTS Counsel as seen on TV errrr... as seen on YouTube because major press almost never conducts the sort of interviews that I do, ahem. For what it's worth, Ms. Shcolnik did make the point that Rose Kane seems to be wearing an awful lot of hats these days.........

Anyway here's the fun part: The Court DENIED Northwest Trustee Services (NWTS) Rule 12 Motion to Dismiss, based on the presentation you see in the top video. I don't have time to transcribe it but you get it. I'm sure you get it. And so do they. 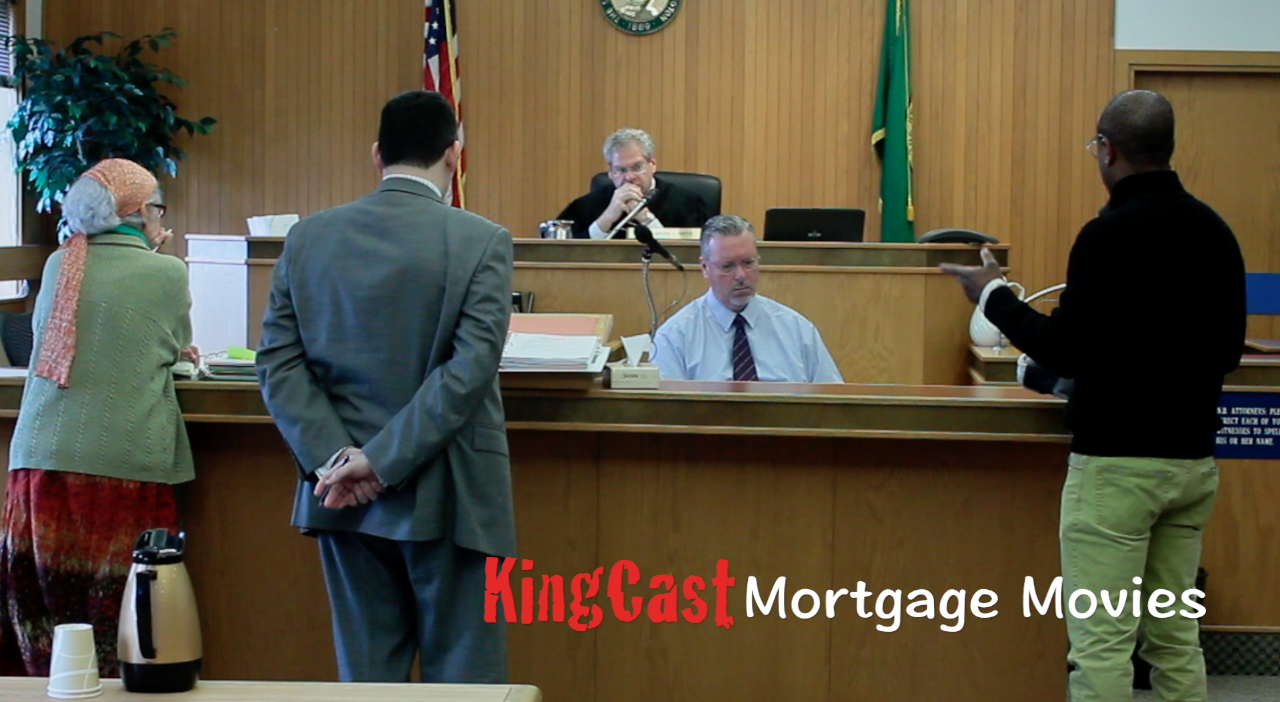 Interestingly, my presence was challenged in Court today as you will see in both videos. I never lose those challenges, as the scurrying Apple attorneys back in Boston will tell you in "Censorship Fail: Apple Lawyers Slammed on Genius Bar Courtroom Video." And as I told Judge Weiss today, I know that some of these bankster attorneys gravely object to my presence, and some of attorney are pretty friggin' rude so I had to put them in their place, also as seen on YouTube, "Judges Will Watch as Foreclosure Mill Attorneys Threaten Depo Videographer with Security and Arrest."
Posted by Christopher King at 4:41 PM No comments:

Posted by Christopher King at 4:37 PM No comments: 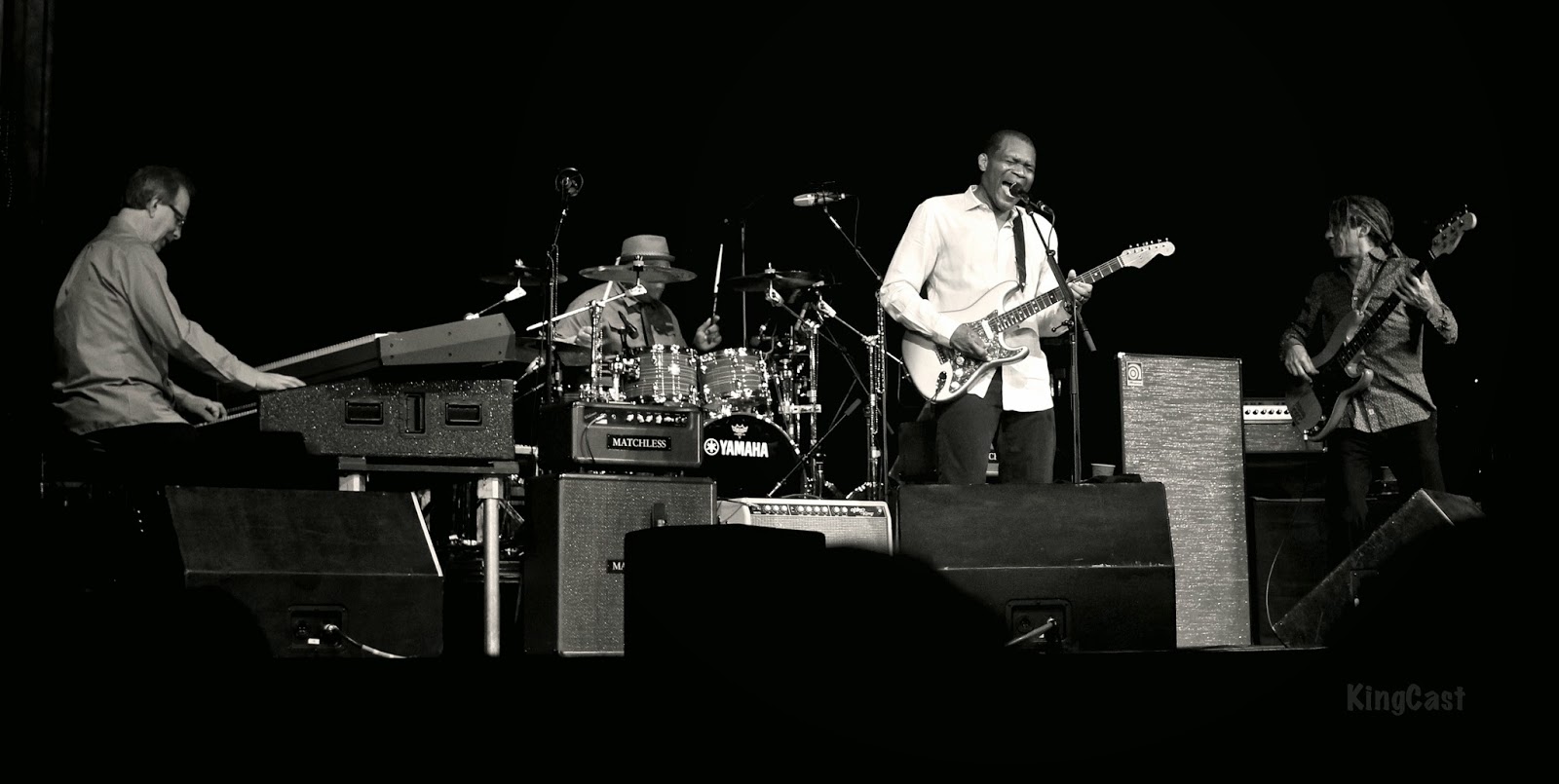 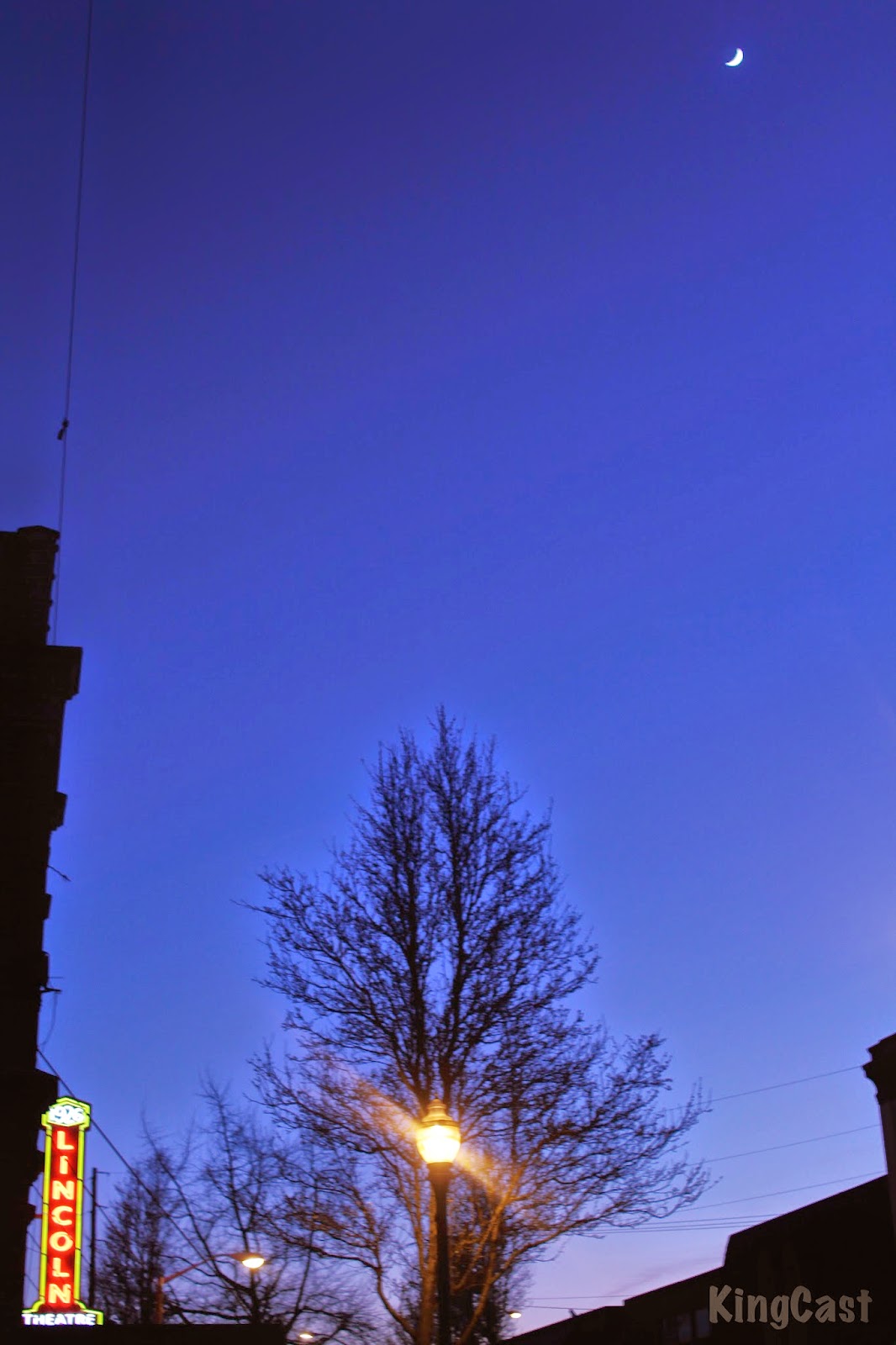 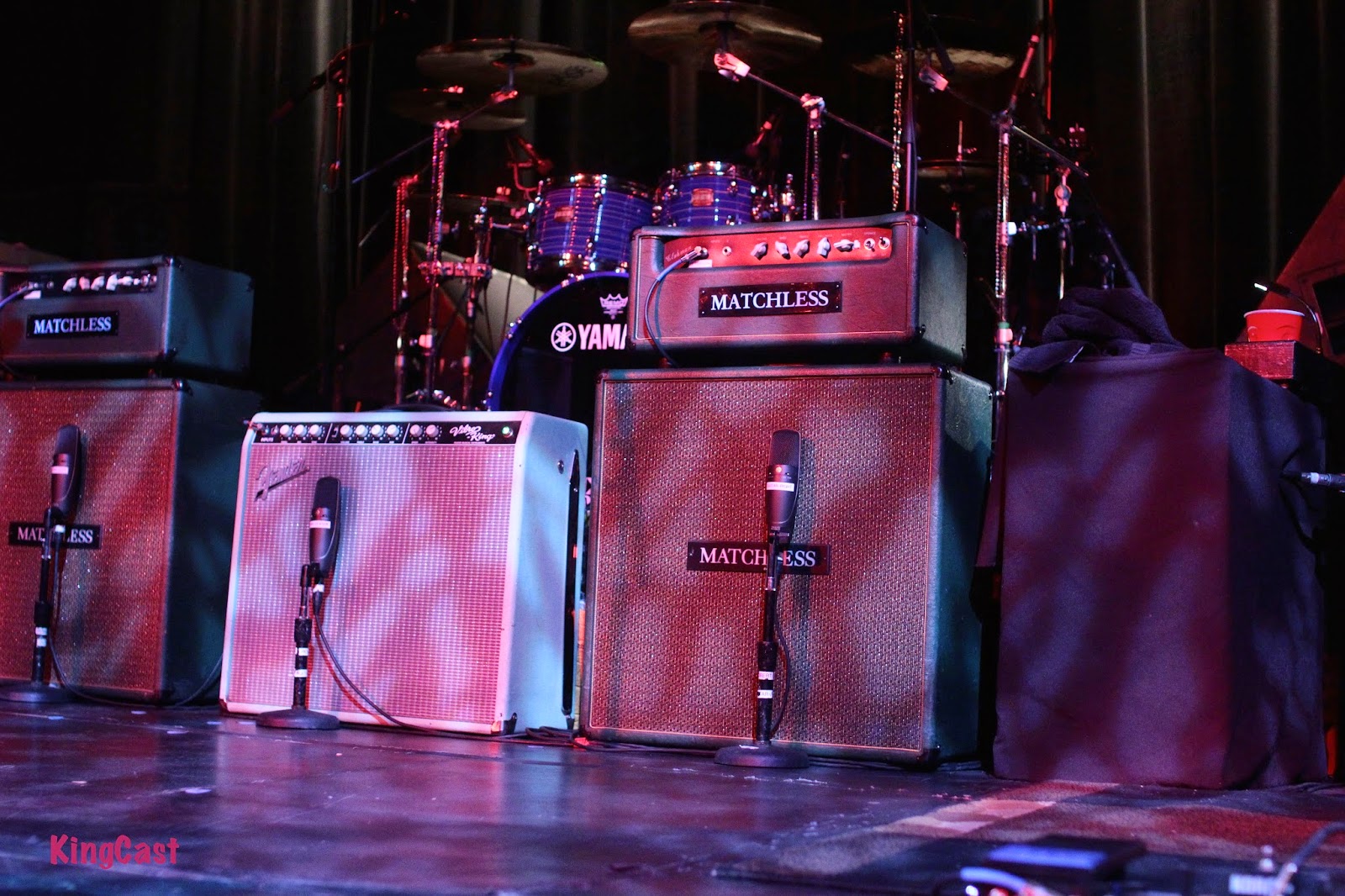 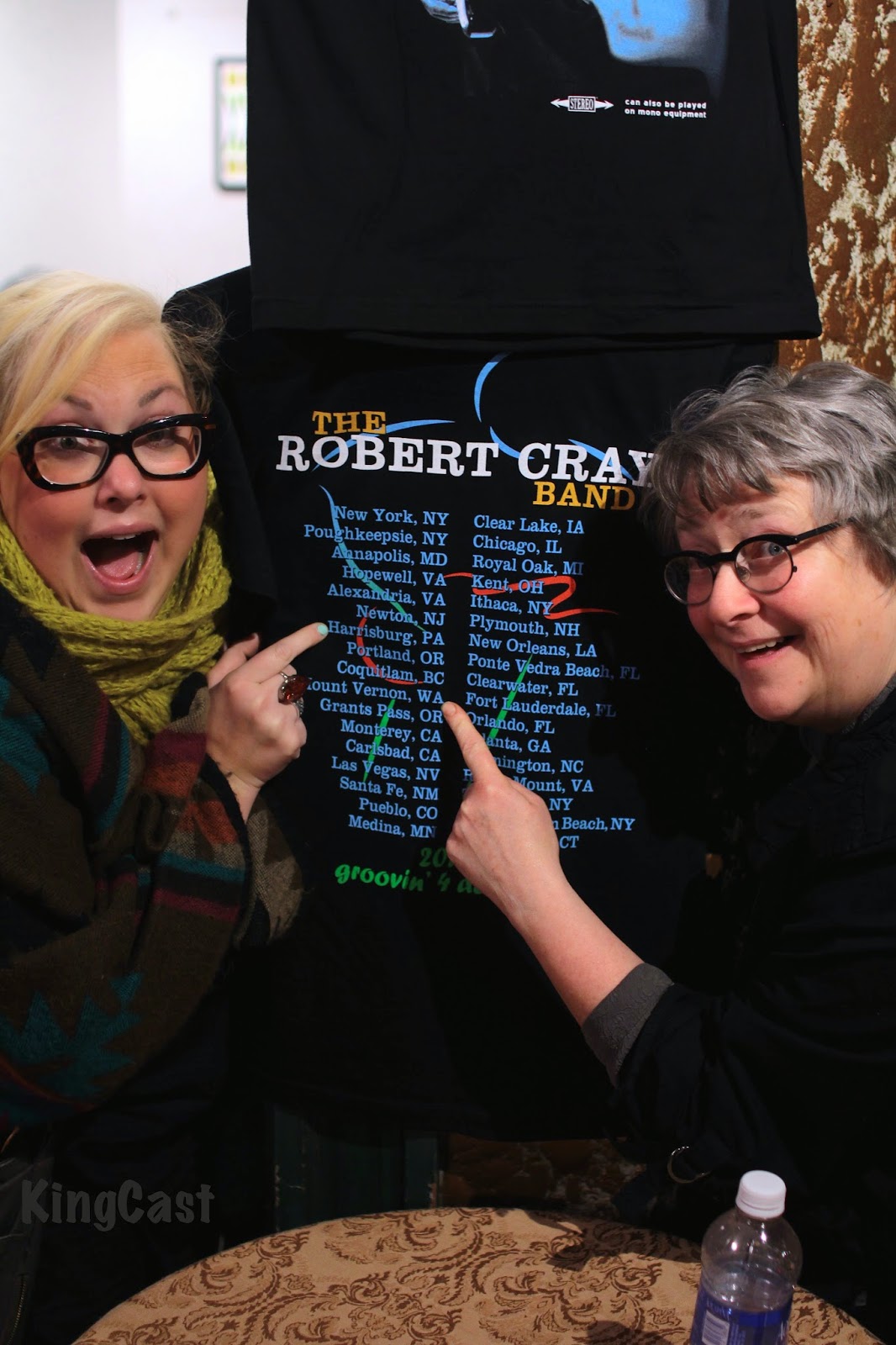 I've been a fan for years but never realized that Miss Elisa was not familiar.... so we joined up with some friends at Mt. Vernon's famous Lincoln Theatre last night for one helluva show. Let me say that again: One. Helluva. Show. A little video coming.
Posted by Christopher King at 8:46 AM No comments: 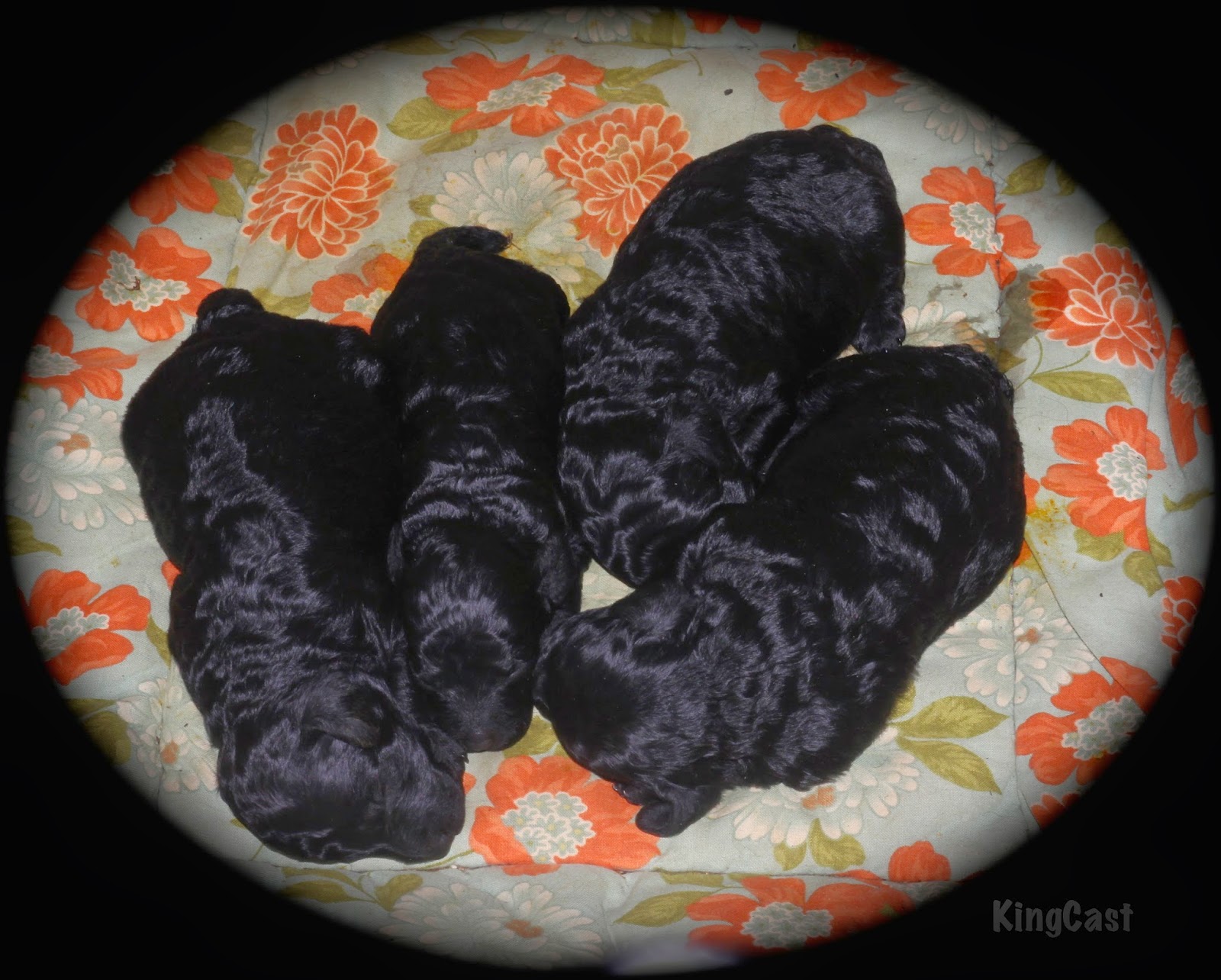 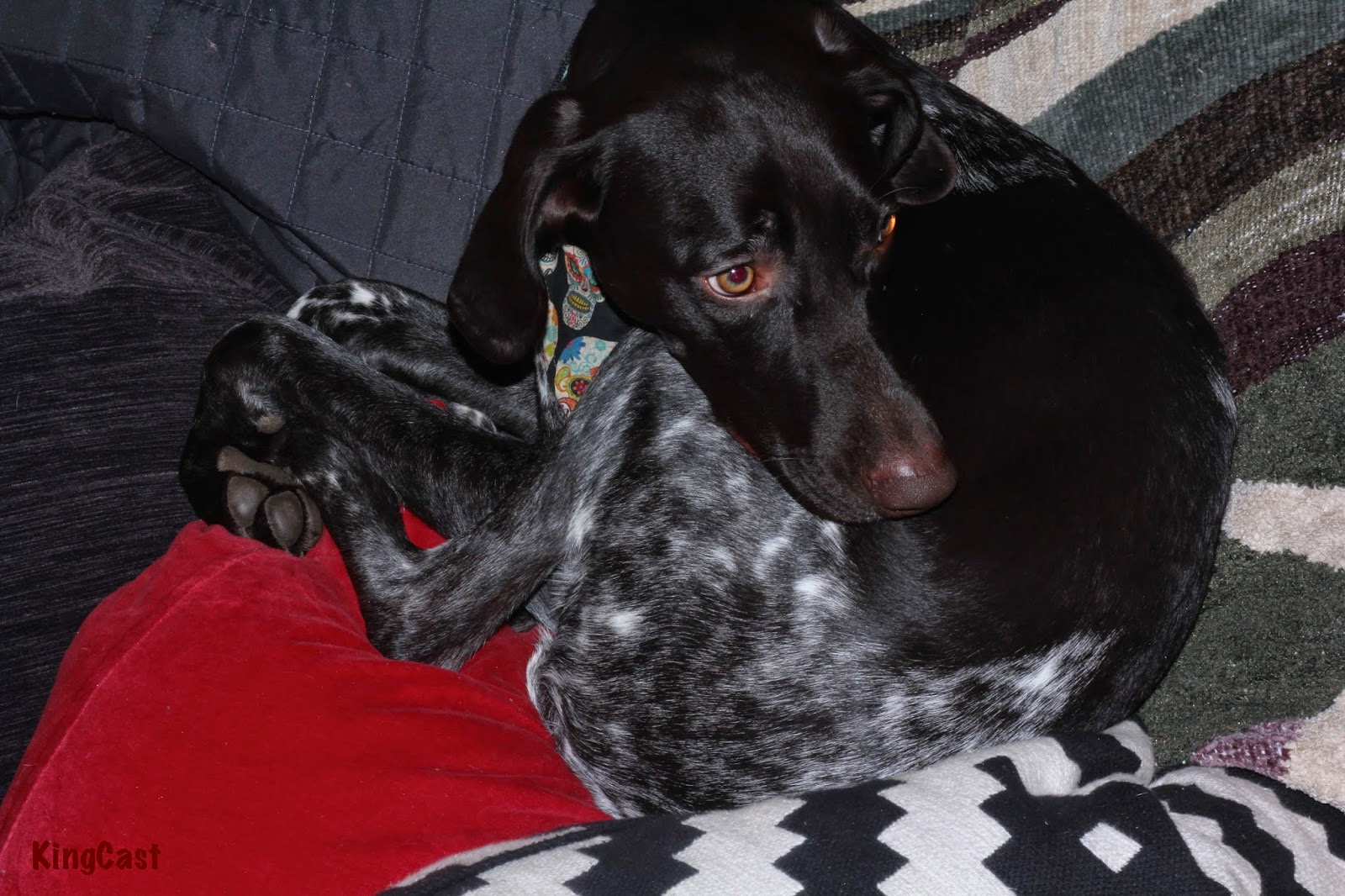 Posted by Christopher King at 9:29 PM No comments:

KingCast Says Doggies Gonna Do What Doggies Do So Don't Hate a Playa! 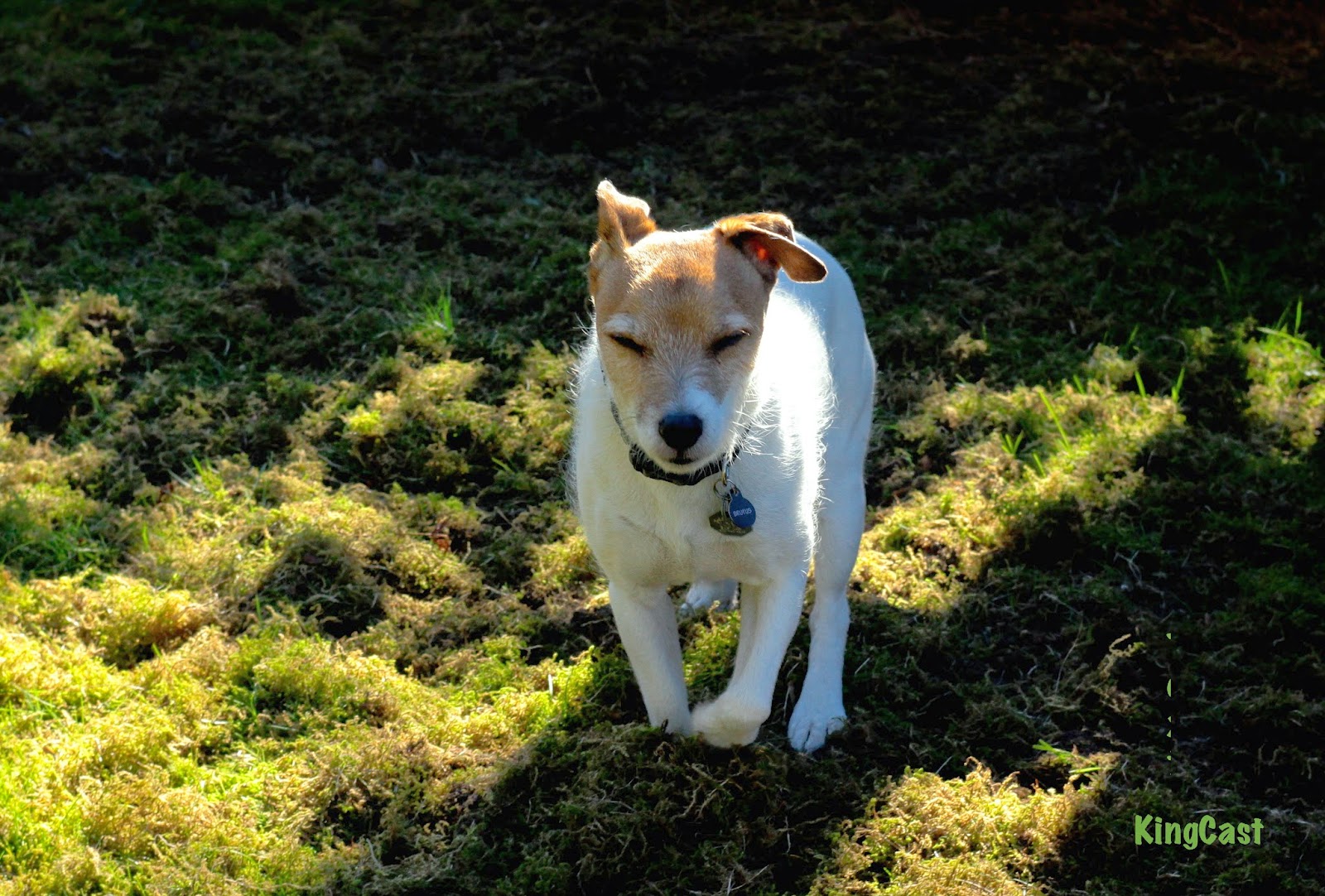 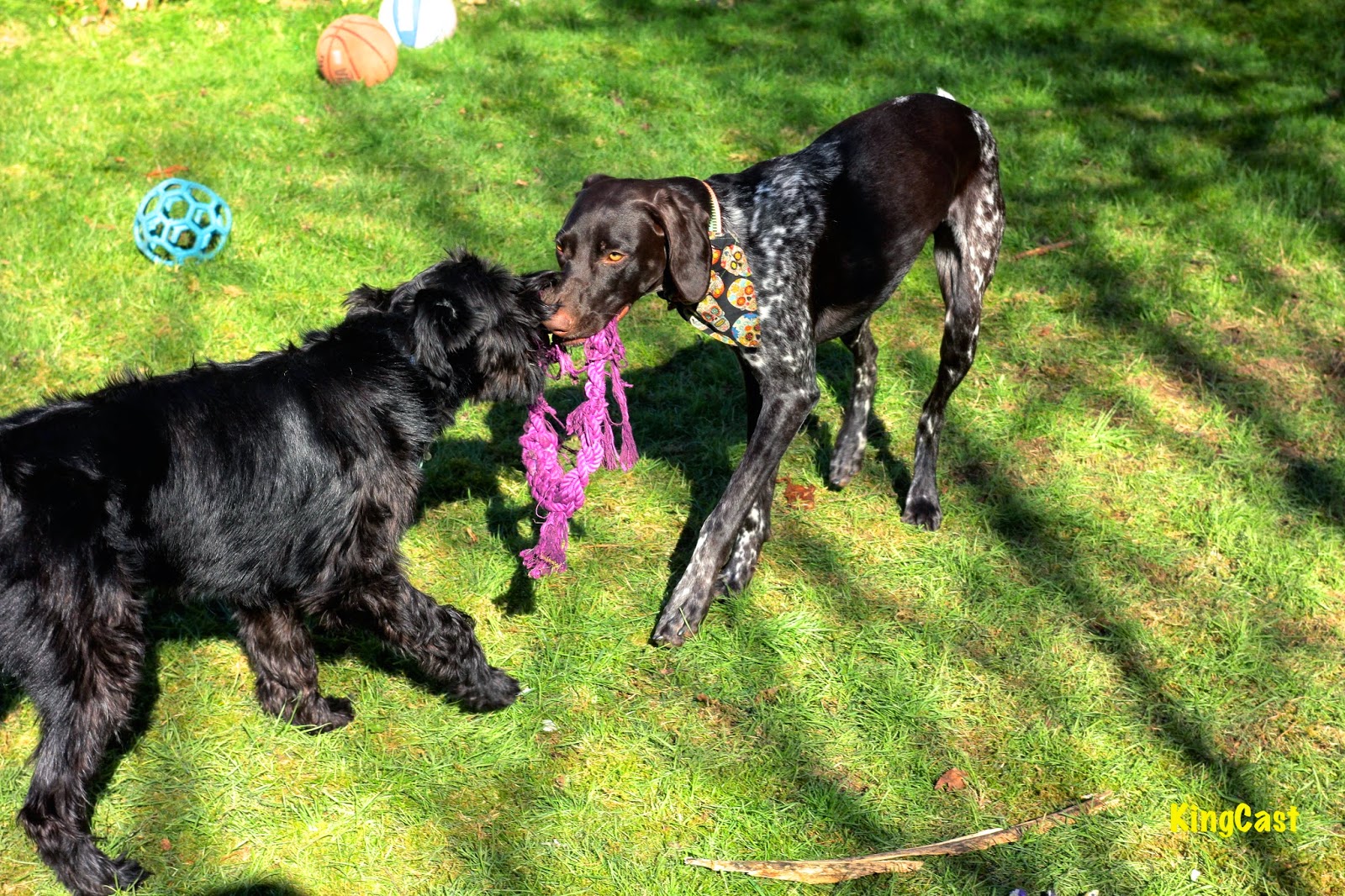 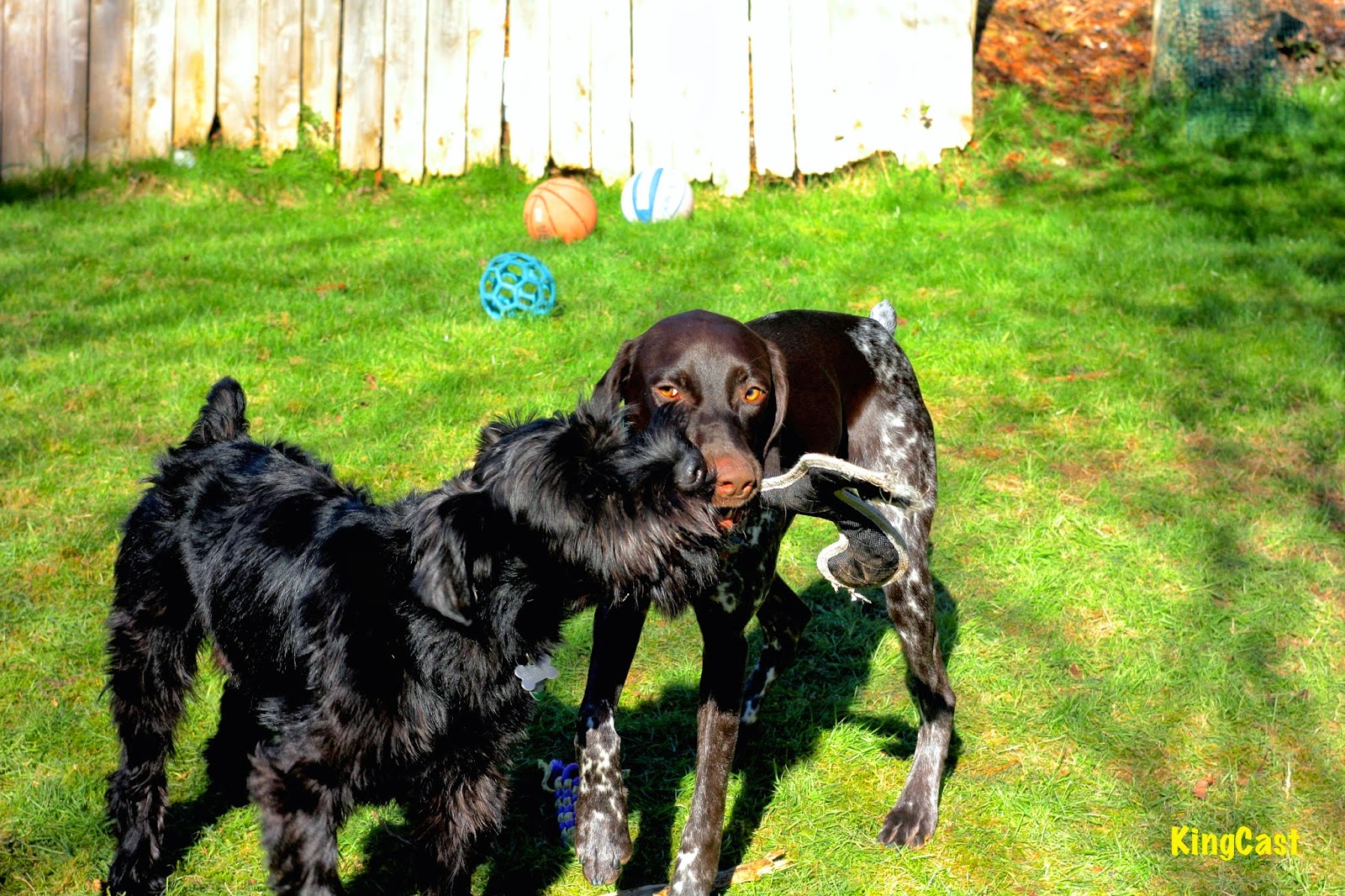 It's all about the caring, the sharing.......
And BTW Zeiss still smokes a Sigma every damn day as you can see.


Posted by Christopher King at 4:08 PM No comments: 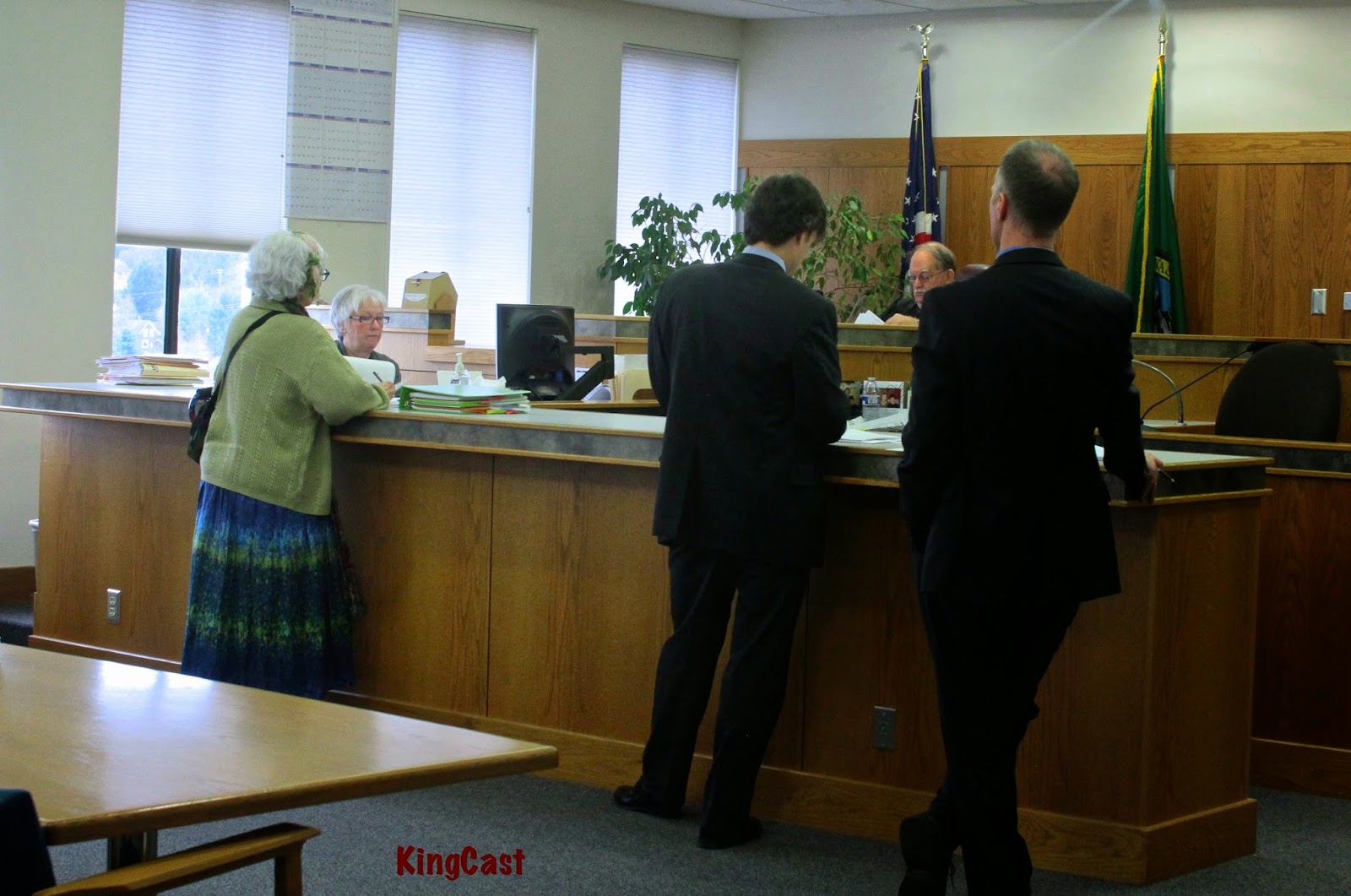 Look at the date of the purported Security Instrument on her purported Loan Mod.
It references 31 July 2006.
The purported Note reads 25 July 2006.
And oh, Ms. Shcolnik says her Canadian Border Patrol docs prove
she was out of the Country all day. Are they claiming she signed it at night?
Well then if so the people who signed on her Deed of Trust have to testify,
rather than Attorney Eidson. This is simple, folks. 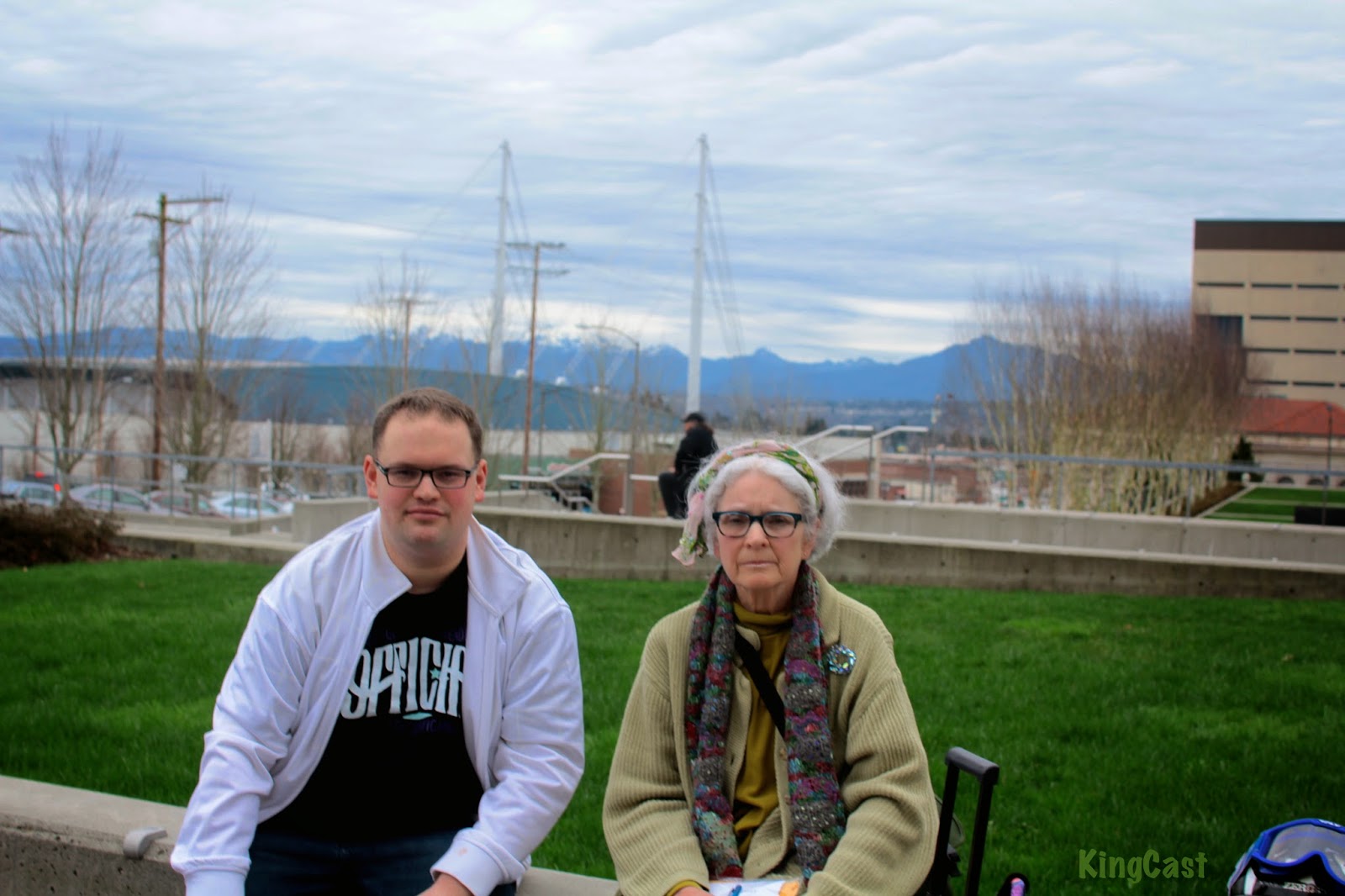 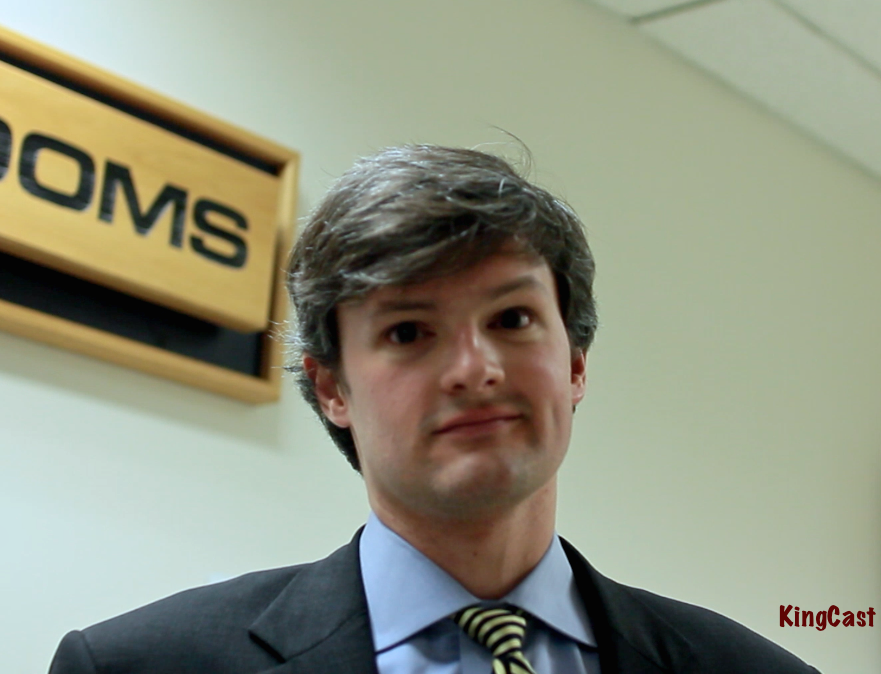 Video forthcoming. Here is the first journal entry with the background leading up to today.  So what happened today? Well it was crazy. The Court granted Injunctive Relief against the pending sale date, which was now moved from tomorrow out into March, 2015 as SLS no doubt tries to shore up their evidentiary trail and try to extinguish that Lis Pendens that Ms. Shcolnik filed.

So today Ms. Shcolnik filed a Motion to Strike the Declaration of Attorney Will Eidson because he didn't have any firsthand knowledge of the alleged Note that she signed, nor did he have any such knowledge of the purported Loan Modification she allegedly signed but yet he presented those things to Court today for the Truth of the matter asserted, i.e. that she signed them and that they are valid documents. He has no knowledge of any of that shit so the Court let him test-i-lie.

Who did have knowledge of these things, you ask?

Three people who live right here in Washington, as Ms. Shcolnik aptly pointed out to the Court. Rose Kane, Keith Thompson, Esq. and Carey Steingrabber.  But the Court, by and through Snohomish County Superior Court Judge Wynne, denied her Motion to Strike solely on the rationale that "those are all public documents" as one will hear on video soon. 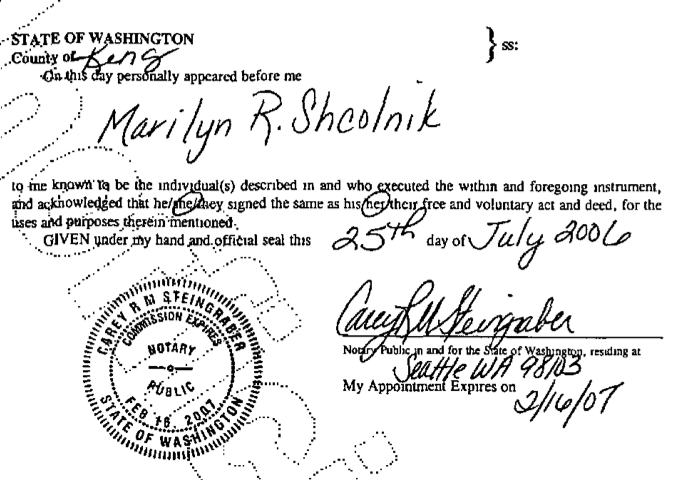 The problem is, the Court is wrong. First of all her purported loan modification cover page  is most certainly not a public document. But even if all of the documents were public, that has nothing to do with the fact that they are still HEARSAY in this proceeding at this point, with no exception to the Rule being evidenced because all of these people are AVAILABLE.  So while Attorney Eidson can ignore me all he wants to in the upcoming elevator video, sooner or later, perhaps by way of Interlocutory Appeal or by Motion to Reconsider or whatever the Shcolniks do, there is no way that this documents can be used at Summary Judgment or at Trial without one or more of these people showing up because  only they can authenticate those documents and Ms. Shcolnik -- an elder who was going through chemotherapy during much of this -- flatly denies ever signing any of the relevant documents or meeting any of these people.  She is entitled to have a Jury determine credibility and an expert called in to validate the ORIGINAL documents by forensic analysis and signature/handwriting comparisons.

So the Court's ruling today on the Motion to Strike was completely wrong and it simply cannot be sustained. The fact that the purported Loan Modification document references a Deed of Trust as security instrument dated 31 July 2006  in contrast to the DoT that she purportedly signed on 25 July 2006 makes it all the more scandalous and unlawful, right.

But there's more. MERS is listed as the Beneficiary on the mortgage docs. That's a no-no in Washington and a no-no throughout the whole Country. Why just the other day in the Supreme Court of New York a Court actually did the Right Thing in Citibank v. Herman, Supreme Court App Div. 2013-06616, finding that there was no proof that MERS had the ability to Assign a ham sandwich much less any mortgage documents.

But there's more.  The Court ignored the current law on Statute of Limitations as well as the current law on whether or not she has to pay her mortgage until the case is decided. I looked up some cases like Kirsch v. Cranberry Fin., LLC, 2013 Wash. App. LEXIS 2871 (2013), Walcker v. Benson & McLaughlin, 79 Wn. App. 739 (1995) that the Shcolniks filed and it seems that those cases are on point more so than the ancient Washington case that was not decided in mortgage context or the out-of-state cases that SLS cited that don't even analyze Washington statutes for Crissakes. Crazy, right?

But there's more. The Court steadfastly adhered to the language that purportedly demands that a homeowner pay their monthly mortgage payments while the case is pending, even though they have not produced any lawful proof that Ms. Shcolnik has ever entered into contract.  But she sued them under RCW 9A.82 ("Little RICO") because she claims all Defendants are using completely false and fabricated documents and in the Pardo v. MERS case I know for fact that Little RICO claims survived a Motion to Dismiss and it should in this case too because you have to view the facts in the light most favorable to Ms. Shcolnik and that means she never signed any of these documents.  And if she did, then Attorney Eidson has no knowledge of it. Focus. She cited Bowcut v. Northstar 95 Wn. App. 311 (1999) case holding that no payments to the Clerk of Courts is required here because it is likely that joint criminal conduct is occurring, to no avail.

But there's more. Remember the Remand stunt that Attorney Glowney pulled? Yeah that's coming up in the video too when I ask Attorney Eidson about it.

So I'm telling Attorneys Glowney and Eidson they had better watch their steps carefully here because while the Judge didn't get it right today, there are reviewing Courts, and there are post-sale remedies available in the event of a bogus sale and those remedies can be costly, especially if the Shcolniks sue and it winds up before Judge Bowden, ahem.
Posted by Christopher King at 2:09 PM No comments: 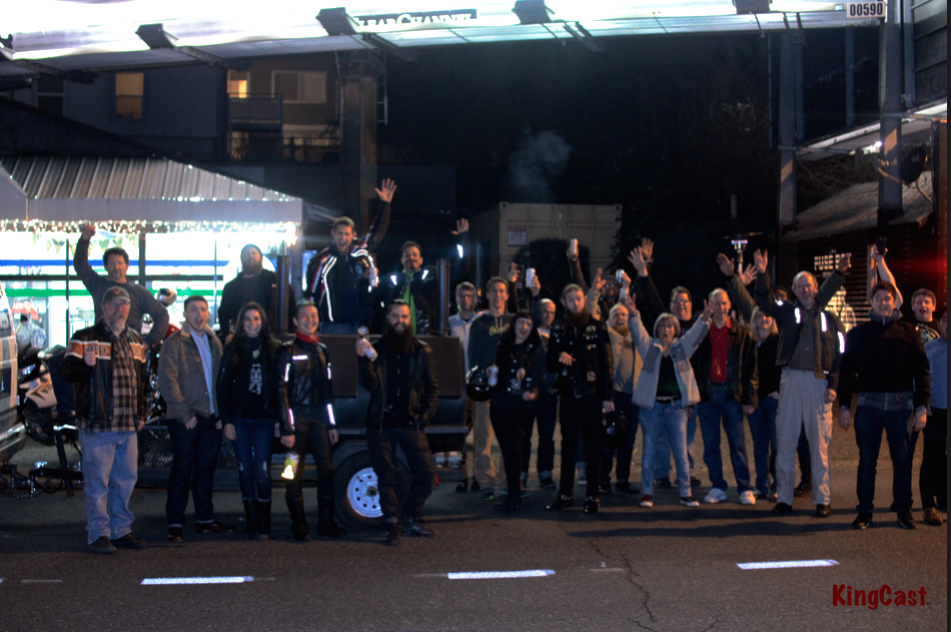 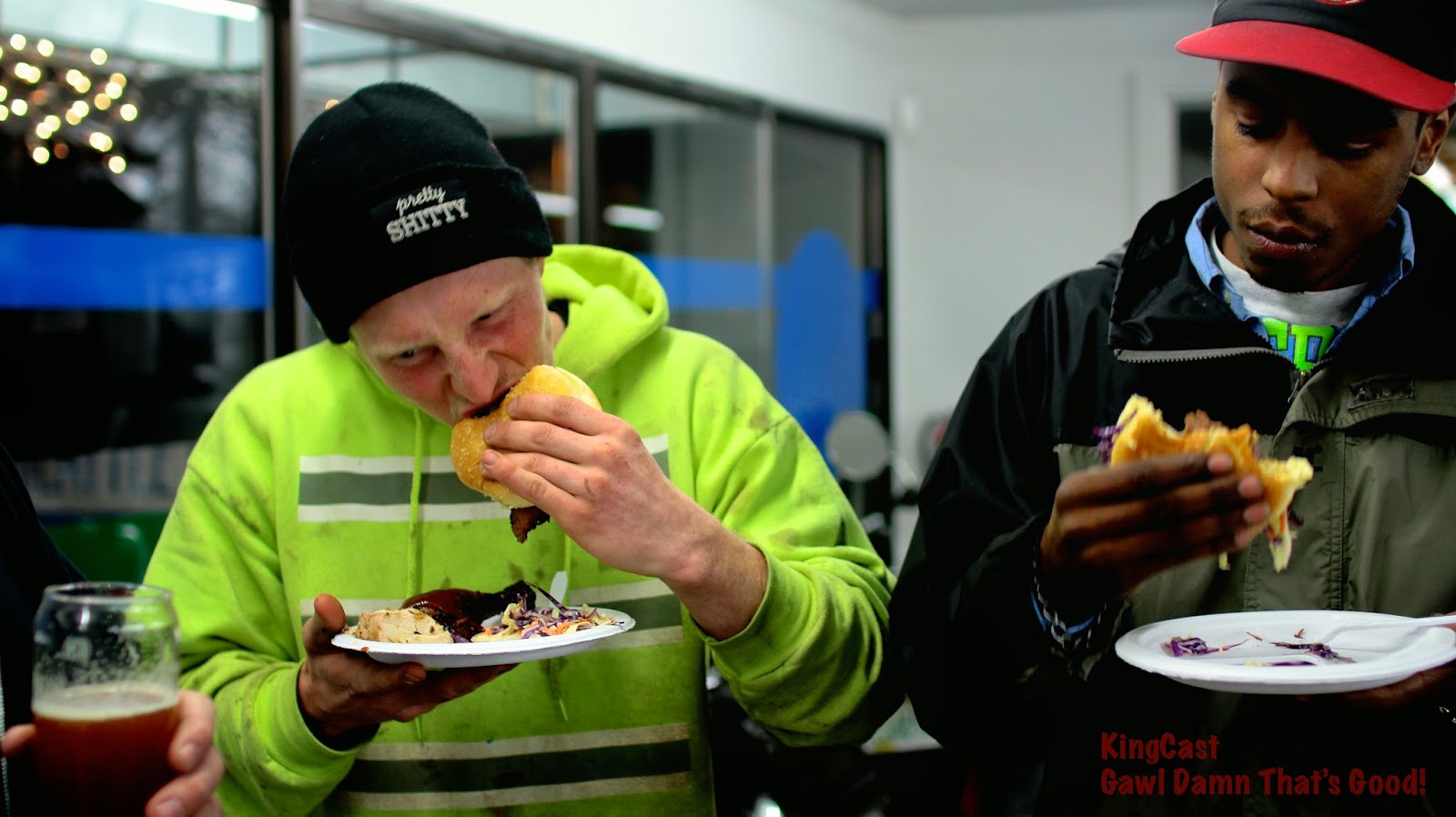 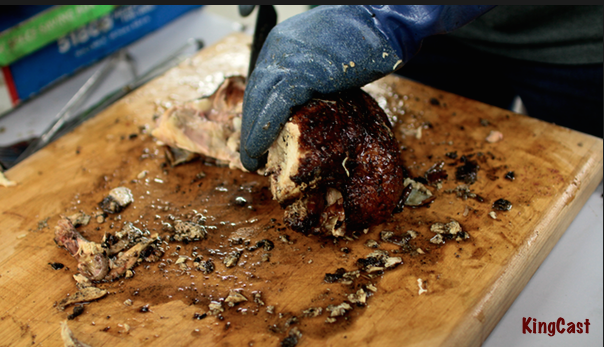 More stills and video coming. Or so I say.
Posted by Christopher King at 12:37 AM No comments:

KingCast Says on WA SB 5623 and HB 1515: "Sign the Petition for Safer and More Efficient Motorcycle Riding and Less Congestion." 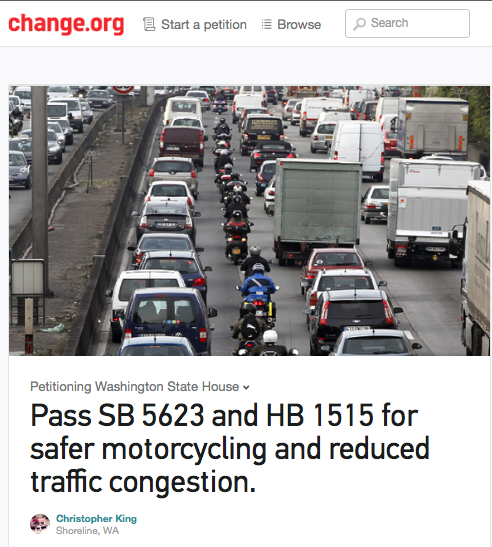 Kudos to Senator Timothy Sheldon on this one. I'm interviewing him Monday at his office in Olympia, stay tuned. Meanwhile here is the Petition, and some resource links. Thanks to Triumph of Seattle (Grand Opening Ceremonies) for being the first dealer to host on their own Facebook page.


“What we learned is, if you lane-split in a safe or prudent manner, it is no more dangerous than motorcycling in any other circumstance,” Office of Traffic Safety spokesman Chris Cochran said. “If you are speeding or have a wide speed differential (with other traffic), that is where the fatalities came about.”

Read more here: http://www.sacbee.com/news/local/transportation/article3204990.html#storylink=cpy
My comment to KIRO's article was:


"I freely admit to doing it all the time now because I would rather be safe and take a ticket for illegal lane use than to EVER be rear-ended by a car. I'm 50 in April, and I have ridden motorcycles for more than 80% of my life. I never shared lanes until a few years ago but have discovered that as long as you don't pass as an idiot, it actually *IS* safe and I have been honked at perhaps 5 times in 2 years here in Seattle. Read the studies in my Petition..."

The scooter and motorcycling community prevailed in Boston with motorcycle parking and elimination of "no-angle parking" restrictions in 2009 and we can win here in Washington as well. This is good for everyone.
Posted by Christopher King at 1:40 PM 1 comment: