KingCast addresses those who claim "No one takes you seriously.... you're in it for yourself."


It is much more accurate to say the people don't like me and try to marginalize everything I do, particularly in the incestuous little provinces of New England. I know for fact that policies and practices and court rules have been modified or changed directly because of me in part because I defined and created the genre of cinema verite entertainment courtroom video. Anyway as to the headline it is so funny that in order to prove otherwise I have to name names and sources who must remain private.  But suffice it to say I have a small network of attorneys and police who provide me with information that is quite useful in exposing deceit and corruption. When it comes to major media and many politicos or some LE I don't take them too seriously, and I'll give you an example:

When Judge Timothy Vaughn found that I prevailed in RSA 91-A Right to Know matters related to the Franconia and Kelly Ayotte coverups in the Liko Kenney Greg Floyd Bruce McKay double homicide then he failed to make the Town pay for my expenses, so clearly he doesn't take me seriously.

To the extent that U.S. Senator Kelly Ayotte "doesn't take me seriously" I wonder why people take her seriously given that she allowed for the biggest consumer fraud in New Hampshire history on her watch, the FRM Ponzi scam I ask her about at this Nashua Town Hall meeting. Besides, she has never actually won a First Amendment criminal or civil trial, whereas I have won and settled several and gained advantages for my former clients each and every time. Here's one example caught on video where Prosecutor Robert Tobias failed to shake my hand after he lost. So he must not "take me seriously either LOL." 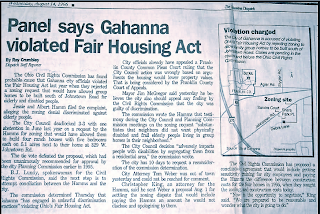 Not long before that the City of Gahanna did not take me seriously either.

Now people take white establishment lawyer Mike McLaughlin seriously though, and I find that interesting, here's why: Back in the Day Marcus Garvey was tried and convicted of mail fraud for promising blacks a better life in another Country. He was All Done at the point.  But nowadays you can be a white lawyer and get convicted of mail fraud, get disbarred, go to prison and come back to be of counsel with Shaheen & Gordon in NH, a top notch law firm. Michael McLaughlin, google it. Guess who helped cover up some of  his nefarious actions? None other than Kelly Ayotte of course, read the comments. RIP Marcus you got brothers still keeping it real in this here time.

But I digress: I note that Kelly hires the biggest and baddest well-connected lawyers she can find to fight me. These lawyers at McLane, Graff used to employ both Ayotte and the first Judge to hear the case, Landya B. McCafferty, who slammed me while neither she or any of these fine, upstanding lawyers, including NH Bar Association President Jennifer Parent thought it appropriate to disclose the relationship. So I guess you could say that people are right, because if they took me seriously they would never try to pull that stunt, so I had to embarrass Landya B. McCafferty into recusal.

To the extent that Boston Superlawyer Jeffrey Denner didn't take me seriously as Boston Bob, well he got embarrassed with I kicked his ass on the blogging issue and then Proskauer, Rose et al. filed suit on behalf of Denner's former client Derrick Gillenwater. Denner then had to pay Mr. Gillenwater on a legal malpractice claim. But Harvard quit covering it when they discovered it was me, so I guess yah another example of people not taking me seriously still LOL....

To the extent that some journalists or Adam Klein or the Spence school or major media "don't take me seriously" that is more an indictment of them, not me. If the Spence school is happy with a "deadbeat dad" felon on its Board of Directors c'est la vie. I simply put the facts out there and let the chips fall where they may. Having worked in major media where tens of thousands of people read my storied about ordinary shit, I would rather reach a few thousand now with real shit. If somebody "doesn't care" or sticks their head in the sand well that's life and I'm not really here to argue with them, not too much anyway. Because when you argue with a jackass from a distance no one can tell who is whom.
I will leave you with this: To the extent that dirty foreclosure mills "don't take me seriously" why bother calling the police or asking me to leave. If I'm no threat and just foolish sit down with me and let me demonstrate how foolish I am by asking foolish questions about proof of standing to foreclose, right?
And for any lawyer who claims that, go to KingCast.net and watch "Live Revolution" when my client says "I thank God for an attorney who won't turn you away because you ain't go no money."

And I've never changed or compromised my beliefs that even poor folks are entitled to vigorous and zealous representation before the powers-that-be. Meanwhile most of the lawyers who take potshots about me wouldn't help an old lady across the street without a $5K retainer and they have long since surrendered their First Amendment licenses so they can pretty much kiss my ass anyway LOL. The key here is that I actually don't think it is all about me nor do I take myself too seriously because I recognize the much of the system is a joke in and of itself. What should be more troubling is the fact that some of these people who criticize me take themselves too seriously in the first place. I would never want to be fighting for biggest turd honors in a cesspool of legal filth.
Posted by Christopher King at 11:29 AM

One of the pardoned men was politically connected. Michael McLaughlin of Bedford, who was sentenced in August 1983, served 19 months in prison for conspiracy to commit mail fraud, a crime he admitted committing in connection with a real-estate scandal. McLaughlin, a lawyer and a partner in the Capitol Insights lobbying group, had filed a pardon petition in 2000. He said he had no idea how it "got to the top of the pile." He had some help. According to a spokesman for the Justice Department, former Gov. Jeanne Shaheen, state Sen. Peter Burling, D-Cornish, and the now-retired federal sentencing judge, Martin F. Loughlin, were listed as character witnesses on the pardon petition.

Also, an interesting note: because he had been disbarred as a result of the conviction, in 1995 he successfully applied for re-admission to the bar. Former state Republican Party Chairman John Stabile, a builder in Nashua, hired him to be general manager of the Passaconaway Country Club in Litchfield. Stabile was part-owner. Earlier this year, the owners of the Lakes Region Greyhound Park, a client of the Capitol Insights lobbying group, gave up their racing license, decided to shut down and sell the track. Attorney General Kelly Ayotte reported that greyhound track executives and employees operated an illegal gambling operation out of the track through a limited liability corporation called International Players Association. McLaughlin was listed on state documents as the registered agent for IPA. Ayotte's report came after two IPA executives who were also Lakes Region Greyhound executives were indicted on illegal gambling conspiracy charges in a web that also allegedly included organized crime figures. But McLaughlin was not accused of any wrongdoing. McLaughlin said he and Capitol Insights partner Rick Newman continue to represent Lakes Region Greyhound general partner Allan Hart, who is selling the track to a group headed by Laconia developer David Johnston.

All information was gleaned from the pages of the Union Leader. Jeff

I haven't seen my father in about a year so it was great to hang out yesterday when he reminded us of a certain story that reminded me about something core to me existence:

I am so thankful that my father passed on to me what I'll best describe as an indomitable spirit.

That in turn comes from grandad who was kind of a sour guy who scared the hell out of us but one time when my father's checks were short back in, say 1950 or so he comes home and tells his father.

Grandad goes up to the guy with his shotgun.

"Cecil says his checks are short."

"Oh I'm sure. My son knows his math probably better than you do. Just make sure you get it right from now on."

Nowadays Justice is more elusive, you got corrupt Senators like Kelly Ayotte. You got jackass lawyers and journalists who trash talk anyone brave enough to call it as it is. You got banks and corporate America large and in charge in ways never imagined back then so you can't just bring a shotgun.

All you can do is shoot your Canon on the injustice and hope for the best :)