KingCast watches as Clifford Pisano goes toe-to-toe with Revere, MA developers on Standing to sue regarding contaminated property at 525 Beach Street: He's a taxpayer concerned about his health. 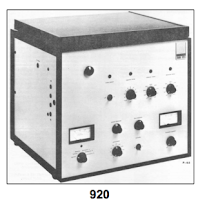 11:00 a.m. Pre-Hearing Update: MASS EPA reps told me today that the developers told him there are indeed reportable levels of contamination at 525 Beach Street, Revere, MA.... the site of an old gas station, auto body repair and car dealership. And of course remember that Mr. Pisano saw ground being broken in the building late last year folks...... but no one has sent information to the EPA.
No surprise there on the contamination, but what is surprising is why this information was not set forth to the city during the planning or zoning phases, given that testing was done back in It has been 103 days since Beach Street Limited Partnership acquired the property for $750K I believe (an incredible markup in a downward economy BTW look at the history) so they are within the 120 day reporting rule but why wasn't this made public back in May, 2011, I wonder? And why didn't the prior owner report to MASS DEP or to the City during Site Plan Development or Zoning Approval. I can't wait to see the dates on the reports today in Court. Remember, testing was done in May, 2011 with City Councilor Ira Novoselsky aware at all times, according to the Developer's website and it doesn't take that long -- none of this is rocket science folks. I was a zoning manager and my father put me through prep school running a Varian gas chromatograph okay, right.
16 Dec. 2011 sale.
25 Jan 2010 to 16 Dec. 2011 Mortgagor = 89-91 Clark Street Realty Trust, 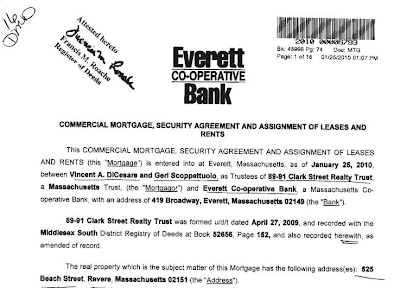 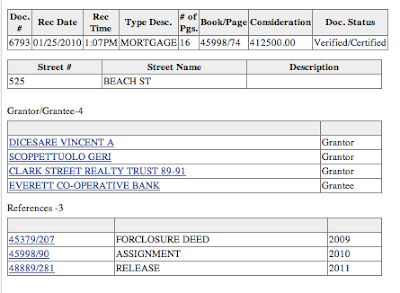 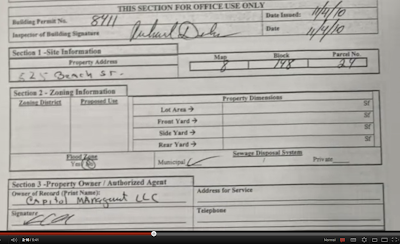 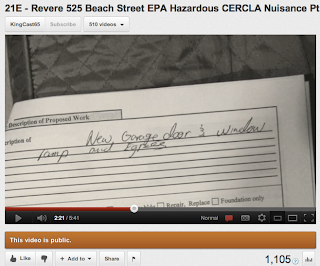 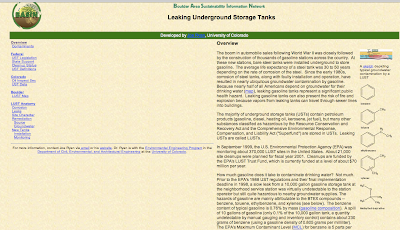 As one can see from this Boulder, CO environmental web page, gasoline seepage creates quite an environmental hazard. The ancient 2000 gallon cast iron tank most likely leaked quite a bit in its 60 years, not to mention the other chemicals used or dumped on site while 525 Beach Street served as a car dealership and auto body shop back in the Day. Like I say, my father retired as an environmental chemist so I keep up on things like this, right. That helped pay for my prep school education, so I have to use it wisely, right. It sure would seem prudent to produce the test results to assuage Mr. Pisano's concerns now, instead of engaging in more litgationand obfuscation now, wouldn't it? But noooo...... 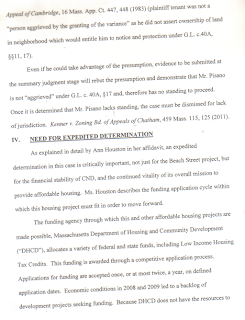 Back story and more back story. And of course we also smoked the snooty Suffolk Superior Court clerk when he tried to shut down the mighty KingCast Canon 60D. Mr. Pisano's people have helped him prepare a Motion for Injunctive Relief (TRO) that will be heard Wednesday at 2p. Meanwhile the Developers have moved for an expedited ruling that he lacks standing because he is a renter and not a homeowner. Well to me that's kind of sleazy because all he is seeking at the damn TRO hearing at this point are the results of the testing that he discovered HAS BEEN COMPLETED:


Where are we in the process?  What’s the big picture and the likelihood that this will happen? The site is under agreement for CND and we are currently doing some testing on site to determine how much environmental remediation will be called for.   The results will inform our decision to buy the property or not.  More on this later. 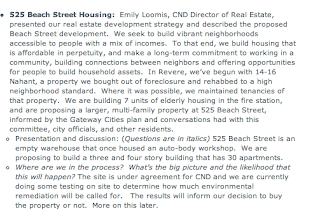 More on this later they say.... well dammit it has been a year is that later enough guys? I've had enough of this crap and so has Mr. Pisano, just straight shoot or shut your mouth, I say. As noted in this journal and in several KingCast short films, City Councilor Ira Novoselsky was present nearly an entire year ago at a developer's meeting at which the representation was made that testing was "being conducted." As noted, these results were never made public to anyone, and given the fact that the public welfare, including health is involved, and whereas the consequences of a rotting gas tank can be severe, and whereas the soup kitchen people told him that they moved from 525 Beach Street because of contamination, a reasonable Jurist would find that he has standing. He is also named in his parents' will at his home, which abuts the subject property. This is going to get interesting real fast, and you can watch it all play out right here at KingCast.net.


See also Everson v. Board of Education - 330 U.S. 1 (1947) and Policastro v. City of Boston, 20 Mass. L. Rep. 273 (2005) -- because their own documents indicate that there is an actual expenditure -- not merely tax credits -- he has standing. And oh, as seen by the thumbnail below, Clifford Pisano's father -- otherwise known as the homeowner -- gave him express permission to speak on his behalf. And the property is willed to him as well. Can you say "substantial interest?" Here is the Policastro nugget of Truth:


Here, treating the factual allegations in his Complaint as true, Policastro has alleged sufficient facts to place him within the area of concern of the Establishment Clause and the Anti-Aid Amendment. As a resident taxpayer of the City of Boston, Policastro has the right to contest the sale of publicly owned land at a below-market price to a religious institution for the purposes of operating a house of worship and the endorsement of a particular religion and excessive entanglement created by the establishment of a particular lecture program at a public college.9 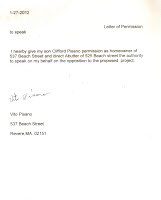 While Policastro was decided in a religious/establishment context it sure would seem inappropriate for a court to dismiss his concerns in this instance now, wouldn't it? Whatever the case, why not just produce the test results? I asked for them, the EPA has asked for them, Clifford Pisano asked for them and they bragged about conducting the tests on their own website. As for the expedited hearing, Mr. Pisano need not answer that Rule 9A Motion for another 9 days or so, but they will have to appear in Court on Wednesday. Looks like he out-expedited them, huh.  They can run but they can't hide.
Posted by Christopher King at 2:50 PM

Their own Court fling shows that state and federal funds are actually being used, so this is not a tax credit case.

Could be ripe for review by the SJC. I'll have to get that on video, ahem.

So you mean to tell me they've gone to all the time and expense to fight off the guy with the slingshot when all they'd have to do is show him the test results?

Something just doesn't add up.

"And in this corner:
show him the results."

"And in the other corner:
mount an expensive legal battle
to spite him."