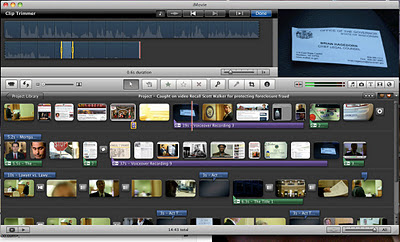 As a former AAG and licensed title insurance producer myself, I am proud to debut this 14-minute short film. I am here in Harrisburg, PA where I am following a disturbing domestic violence case that is part of a much larger picture of abuse including the Penn State molestation debacle and today's story on a series of women who have either been hurt or killed by jackass men who give the rest of us a bad name. Anyway, wait until you see how Scott Walker's staff attorney Brian Hagedorn gave us the brush off, he didn't even accept ANY of Mr. Paul's written paperwork while trying to pretend that His Excellency had no authority to issue a Executive Order or to in any way investigate the matter.  Hagedorn also thinks that same-sex couples should not have hospital visitation rights. From the new movie you can also see that Walker and Hagedorn hate women and minorities, so there's fun for everyone with these two, Katy bar the door!


Accord Aurora v. Weisbaum, 2011 NY Slip Op 4184; 2011 N.Y. App. Div. LEXIS 4108 (May 17, 2011) P12 In sum, Aurora failed to authenticate Exhibit D, the document purporting to be an assignment of the note. Thus, regardless of other alleged proof problems relating to that note and the Carlsens' alleged [*9] default, the circuit court's finding that Aurora was the holder of the note is clearly erroneous--
no ad-missible evidence supports that finding. Aurora failed to prove its case, and it was not entitled to a judgment of foreclosure.
By the Court.--Judgment reversed.
....and Aurora v. Carlsen, 2011 WI App 58; 2011 Wisc. App. LEXIS 235 (March 24, 2011).
Moreover, Aurora produced no documents indicating an assignment to it of the second note and mortgage or of the entire consolidated note and CEMA in the amount of $704,000. Although Aurora's vice president averred in conclusory fashion that Aurora became holder of the mortgage which is the subject of the ac-tion "by delivery without a written assign-ment," the affiant failed to give any factual de-tail of a physical delivery of both the consoli-dated note and the CEMA to Aurora prior to the commencement of the action. Thus, Aurora failed to establish its standing to commence the action.
DILLON, J.P., BELEN and ROMAN, JJ., concur
ORDERED that the appeal from the order dated February 25, 2010, is dismissed, as that order was superseded by the order dated May 19, 2010, made upon renewal; and it is further,
ORDERED that the order dated May 19, 2010, is reversed insofar as appealed from, on the law, and, upon renewal, the order dated February 25, 2010, is vacated, the plaintiff's motions for summary judgment on the complaint and for an order of reference are denied, and the cross motion of the defendants Steven Weisblum and Patti Weisblum for summary judgment dismissing the complaint insofar as asserted against them is granted; and it is further,
ORDERED that one bill of costs is awarded to the defendants Steven Weisblum and Patti Weisblum.
Posted by Christopher King at 8:22 AM