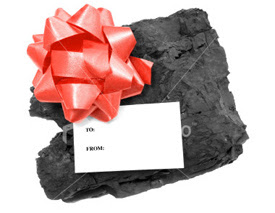 In the wake of U.S. Senator Kelly Ayotte's obdurate refusal to address these matters... despite the urgings of her Environmental Counsel Maureen Smith and Jennifer Patterson (read the link in the masthead) I recently got into it with a brother regarding Carbon footprints and Global Warming and efforts to address these compelling concerns. He is doing some work overseas and offers this perspective:

Carbon Tax: Environmental Protection or Economic Threat?
On July 10, 2011, Australian Prime Minister Julia Gillard held a press conference to speak to the public regarding plans to impose a carbon tax on approximately 500 so called “heavy polluters” who release high levels of carbon dioxide emissions into the atmosphere. The main purpose of the bill is incentivizing the implementation of more environmentally friendly and energy efficient means of production and transportation for these companies. This proposed carbon tax is for all intents and purposes, a pollution tax; placing taxes on energy sources that emit carbon dioxide.
As this proposed tax moves into legislation, there has been a mixed bag of reactions and opinions from individuals and activist groups on both sides of the issue, effectually sparking a debate on whether this carbon tax bill will do more harm than good if passed by Australian Parliament. At the heart of this lively debate is one question: In this economic climate, is it really worth it to use taxes to try to save the environment at the risk of throwing Australia deeper into a state of fiscal crisis? Those opposed to the bill say no, but certain economists disagree.
Some economists are in favor of this type of “pollution tax,” because the bill would set forth a tax on something that is considered to have a negative effect on everyone, known as a negative externality, rather than placing more taxes on something good, such as a paycheck or a carton of milk at the grocery store. By putting a price tag on these negative externalities, the core purpose of the tax would be to reduce carbon dioxide emissions and ultimately slow global warming. In Australia’s biggest economic reform to date, this carbon tax bill will put a $25 tax on every ton of carbon dioxide emissions beginning in 2012.  While it sounds like a great idea, the pros and cons of its effect on both the environment and the economy must be weighed.
First, the economic impact of this proposed carbon tax must be evaluated.....
It is estimated that consumer prices will rise by almost 1 percent after the carbon tax is imposed. This economic projection has caused those opposed to the tax to rise up in protest. Protesters who are vehemently against the tax have conveyed their resentment for Prime Minister Julia Gillard, voicing their frustration over what they see as the prime minister reneging on promises not to implement new taxes made during election time. The opposition has expressed fears that this type of carbon tax will cost the citizens jobs and deteriorate competition in international trade and job creation without a global carbon pricing agreement. Tony Abbot, the conservative opposition leader, stated that without a binding global pricing agreement, Australian businesses would be less competitive. “A one sided carbon tax, a unilateral carbon tax is an act of economic self-harm,” he said.

A major point of contention is the likely effect this may have on several aspects of Australian maritime merchants and vessels. As reported by the Australian Maritime Officers Union, miners have expressed panic over Gillard’s imposition of the carbon tax on foreign ships operating along Australia’s coastline, fearing that it will increase a crackdown on less expensive overseas vessels and burden them with higher costs.
A representative of the Australian Mines and Metals Association lobby group, Steve Knott, was quoted saying that the extra costs that would come as a result of this tax were not welcome. “… Competitors can go elsewhere and are not saddled with the additional costs,” he said. He went on to explain that due to the fall in the merchant shipping fleet, dependence on less expensive foreign-flagged vessels has increased, and extra costs caused by the tax could jeopardize future projects. “It’s just a reality; it’s part of doing business – we don’t have the Australian-flagged ships and maritime officers and engineers. Foreign-flagged shipping is a key component of the entire resources sector,” said Knott.
Some maritime attorneys have also expressed concerns over the potential financial impact of this tax.  A local maritime lawyer said regardless of where this carbon tax might take the Australian economy, it will ultimately be up to the government to decide if that is a risk worth taking. Other critics argue that the maritime industry will not be the only one to feel the heat: Kate Carnell, Chief of the Australian Food and Grocery Council, said because much of their produce is transported by sea vessels, the tax could lead to higher prices for grocers, which could ultimately lead to higher costs for the consumer. “It will be just be another cost to food and grocery manufacturers on top of all the other costs,” she said.
While the intentions behind this carbon tax are good, it is difficult to say how it will actually play out in the long run. At this point, Australian merchants and consumers alike must sit tight and hope that the economic backlash and unintended consequences of this carbon tax will not be as massive as they have been speculated to be. Although easier said than done, for the time being there is not much else that they can do except to prepare for the worst and to hope for the best.
Posted by Christopher King at 10:33 AM