December, 2011 update: The Marcella Dresdale case was settled out of court. 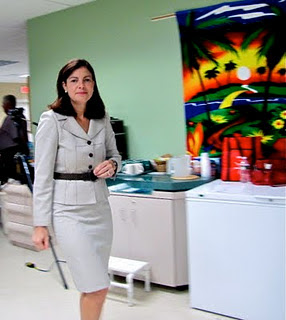 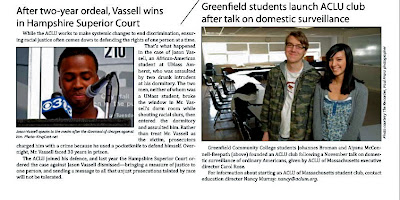 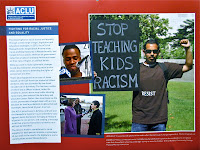 Some of you may know me through my coverage of U.S. Senator Kelly Ayotte (pictured, above she loves to see me coming LOL) and her feckless endeavors as NH AG. Or you may know me through my exclusive video and short film coverage of the Jason Vassell racial abuse case as noted in the ACLU Massachusetts calendar and newsletter. I have placed my concluding video in this entry because there is a jackass GOP lackey named Ryan Williams who actually had the nerve to throw me out of the Crown Plaza Hotel with the Nashua Police Department as he stated "You are not a journalist." Yah, right. I've been a professional journo since 1988 when I was an editor of the Ohio Call & Post (Ohio's oldest black-owned newspaper) and daily reporter for the Indianapolis Star. Other journos say "journalism needs more Chris Kings," not less..... so Ryan Williams is a complete douchebag, just look at the guy. Anyway, I heartily encourage you to review the facts and filings in my free press racial lawsuit KingCast v. Ayotte, NH GOP and Nashua PD NH Dist 2010-CV-501 against Tea Party Toady Senator Kelly Ayotte, whose own constituents proclaim to be "full of shit" watch the video. She has even sunk so low as to have her Chief of Staff John Easton lie about me while seeking funding to defend herself, I'll never hear back regarding my Ethics Complaint I'm sure of that, anyway take a look. 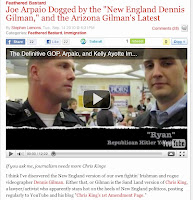 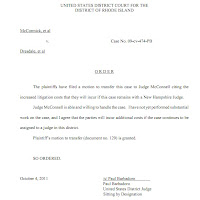 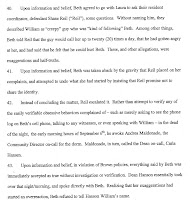 Now interestingly enough there are a couple of cases traveling the highways between NH and RI, most notably the Civil false rape/defamation/emotional distress/extortion/expulsion case of McCormick v. Dresdale & Brown University, which was returned to this venue from Judge Barabadoro at Plaintiff's request despite the fact that the presiding Judge graduated from Brown. I have not conducted any research into this case but I am about 99% certain that Michael Isreal's son Ivan got railroaded on a similar rape charge in Ohio, Isreal v. Kenyon College + Rose, 2000-CV-1378..... Here is how Mr. Isreal and I prevailed on his Monell claim against Hamilton, Ohio LE. Anyway, when I looked into that case I found a white girl who had sex with another man not her boyfriend that same night and IMO falsely accused Mr. Isreal of raping her in a bathroom. The school hid the information about the consensual sex from Mr. Isreal and allowed the witnesses to collude against him and the Federal Court let it all slide. So the McCormick case has been unsealed and now I can post it for you here. This is important folks because about the only thing that could approach the horror of rape.... is the horror of being falsely accused of rape if such is the case.


Also, Judge Barbadoro recused himself in my case after issuing a couple of terse, non-published Orders that basically mocked me for insinuating that it was unethical for sitting Magistrate Judge Landya B. McCafferty not to disclose the fact that she worked for the same law firm as Defendant Kelly Ayotte and worked with and under my opposing counsel Jack Middleton and Jennifer Parent. Then McCafferty finally recused herself, and I moved to vacate her order because the bias existed prior to the Order, Judge Barbadoro told me to go pound sand and I asked him to certify his unwritten order, at which point he recused himself as did the entire balance of the Court.

I put it all before you as no other journalist in the Country, using my history as a State Attorney, 1080p courtroom video and a soupcon of Civic Pride. The Internet is a wonderful thing isn't it?
cc: J. Scott Kilpatrick, Esq.
Posted by Christopher King at 9:02 AM