Hey KingCast how can I be cool like you and Steve McQueen? 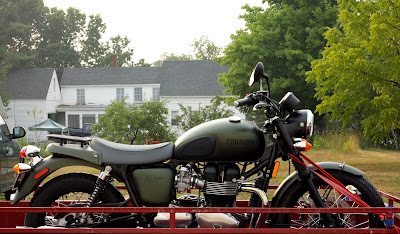 August 2012 update: I chatted up some folks buying a 2012 Steve McQueen Bonneville while I was at Second Wind BMW Triumph yesterday for plugs, air filter and brake pads on my '02 Sprint ST 955i (a/k/a "Bessie") and mulling over my next bike. The Short list includes the BMW F800 ST and the Triumph Tiger 1050 (this will probably be a cash deal so no new bike indebtedness). But lo and behold, in another price range but also on the short list:

The Triumph Thunderbird. This was my demo bike for the day and let me tell you it might not be a Diavel, but it is a very sporty cruiser and I think it looks better for sure. It has great suspension, brakes, balanced chassis and turns in with the quickness (almost too quickly a few times LOL) and is supremely comfortable. And it evokes all the passion that is somewhat lacking in the 955i unless you are really wringing the snot out of it.
And I've always been a sucker for a parallel twin. Video coming soon. 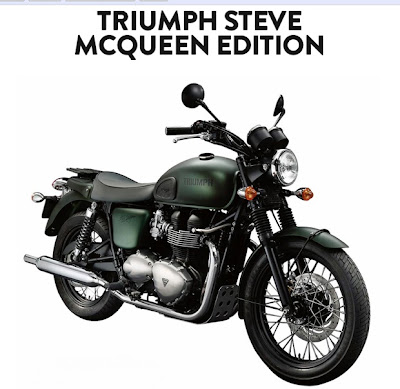 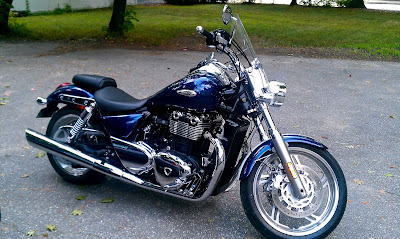 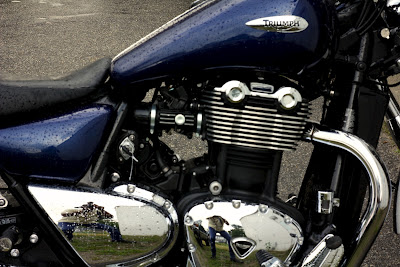 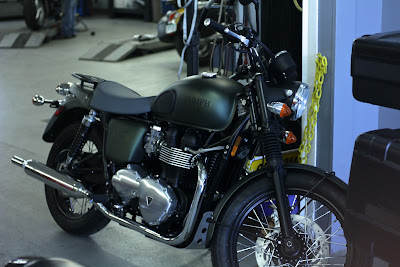 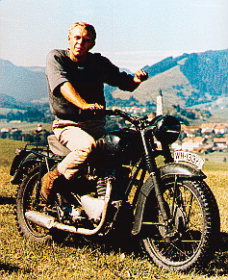 Well... you can't. But you always ride a Triumph and imagine, LOL.
Related: Triumph Sprint 955i buyer's guide.
Related: Bike designer Rob Stockdale breaks it on down.
Related: The 2012 Triumph Bonneville Steve McQueen Tribute bike.
Related: The Tao of Steve..... a KingCast ode to Steve McQueen. Now, see this post was funny because of the crossing guard who did a double take after he told the current owner of Mr. McQueen's '85 911 Carrera and me to "move it along."
"But Sir that's Steve McQueen's car."
"Oh.... O.K."
Dude was like, my bad, hootlarious.
Posted by Christopher King at 9:57 AM