Did Judge Jon Stafsholt violate Due Process against Terry Dean Nemmers/ArrestaJudgeKit with a post facto Order of Detention and Search Warrant? 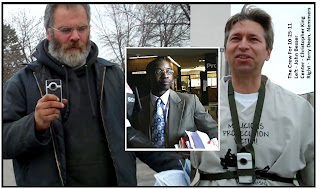 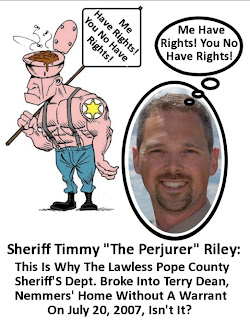 
Oh boy... now the picture comes into focus.... read the emails below:


"C'mon guys don't any of you have the fucking balls to write something?"

You just sit there as journos and do nothing in the face of what appears to be clear cut Constitutional violations?

And much as you suck, individually and collectively, I would STILL come to help you if you needed it... where the fuck are you when Terry needs you now?
Nowhere.
Jesus Fucking Christ, damn the whole lot of you bloody wankers.
PS: And if you are offended, you should be. Your conduct is quite offensive, blame yourselves for this little tongue-lashing because you've earned it. Meanwhile Occupy the World, I say:
http://www.youtube.com/watch?v=EVWFXQ-sYNo
Your latest gmail to the Pope County Tribune
To:kingcast65


Do you know why the Pope County Tribune will not cover my case? The answer is: "Criminal Defamation Complaint #20101745." You will find that I filed defamation charges against the publisher of the newspaper on 12-28-10. He is pictured in the second link. The guy holding the Lion News issue dealing with the Assistant Pope County Attorney sending me a weapon into the Todd County Jail!


P.S. That is how your control the mainstream media.
********
And to what Terry said, I say the "mainstream media" is larger than imagined. It includes all matter of media that are purportedly forward-thinking and progressive. If they could get rid of people like Terry and me entirely they would. Frankly, it's disgusting the way these people operate, read more DOCUMENTED examples right here, folks.
http://christopher-king.blogspot.com/2011/10/hey-kingcast-whats-up-with-producer.html
The Truth Hurts.
Posted by Christopher King at 4:24 PM