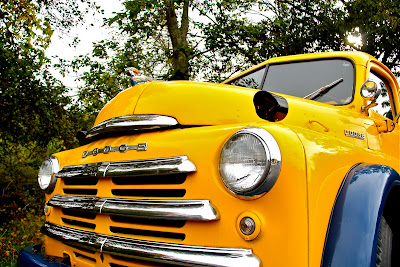 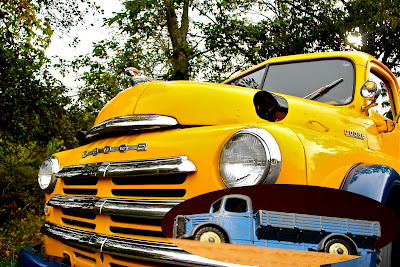 Can anyone tell me if the inset blue truck is also a Mopar unit?
I spied on on a friend's shelf at random.
As noted on FB: That thing is beautiful ain't it John... I love the wiper blade in this photo alone and then it's in parallel with the mirror extension in another picture.... great stuff. I'll have to shoot it again as the leaves change!!! 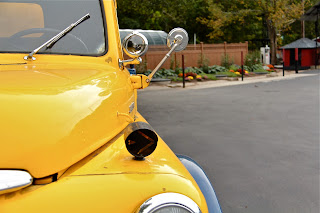 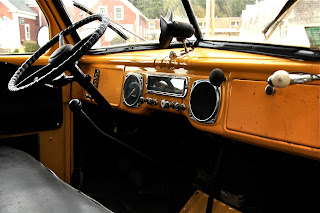 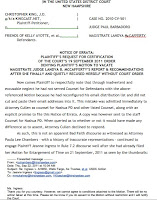 I guessed it as a 1950 and I was close as this 1948 gallery shows. Yessir, like an old Dodge Truck I'll still be standing when it all comes down because my case is built on a strong foundation... meanwhile the Court and opposing counsel continue to trip over themselves as the Court continues to deviate from accepted norms of practice and procedure. More on this soon but start with the Barbadoro 28 U.S.C. §455 recusal issue now that Magistrate Judge Landya B. McCafferty finally recused herself in proper fashion following the well-principled victory earned by KingCast Federal Pleadings in the case. Opposing Counsel hate to admit it, but I won. Let me say it again: I won. A Federal Judge with connections to Kelly Ayotte and who worked for her old law firm of McLane, Graf -- same firm defending my Free Press racial lawsuit -- recused herself because of my accurate pleadings. And I'm just getting started, folks.


Pics from the FB page. Notice of Errata coming shortly is posted, for the second email screen capture read this journal entry on another shady lawyer involved in the Jeanne Ingress Wells Fargo Merrimack Mortgage sham foreclosure case with no original documents produced.
Posted by Christopher King at 2:42 PM

Herein we see the beauty of effective due diligence and the power of online journalism:

Because of my visibility, and because I have been running courtroom video since 1996 in my own trials as lead counsel for various Civil Rights plaintiffs and defendants, Jeanne Ingress sought me out to make mortgage movies for her.

And because of that relationship she informed me of a problem she encountered so that I could read up on it and make an informed judgment.

My informed judgment is that Attorney Paula Lee Chambers:

1. Had no justifiable reason to continue to engage Ms. Ingress in discussion AFTER she filed her Motion;

2. Is seriously flirting with a Rule 3.3 violation in terms of candor to opposing counsel and to the Court and should have mentioned the responses of Ms. Ingress in her Rule 7.2 Certification.

3. Should receive a stern rebuke from the Court.

4. That the Defense Counsel in my case don't have a leg to stand on if they are trying to come after me for an inadvertent mistake vis a vis the intentional misrepresentation by silence witnessed by Attorney Chambers actions.

PS: And I know damn well all of my opposing counsel are reading these journal entries so think about this:

I put most of my strategy and arguments right out here in the open.

They could never do that.

I'll let you figure out why but you already know.