KingCast tells a salty Nashua PD lawyer Steve Bennett: When I sue your client for RSA 91-A violations everything I do gohn be funky.... 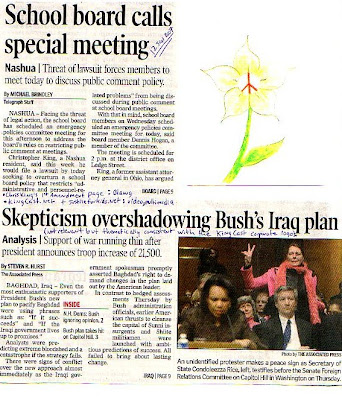 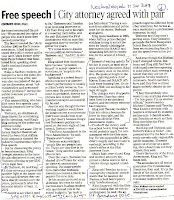 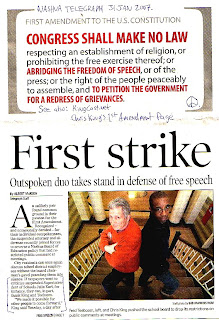 From now on. More of this in the morning, I'm tired of their nonsense for a minute. 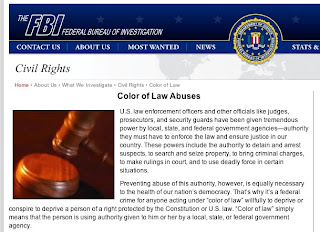 FW: KingCast RSA 91-A to Nashua PD regarding my report of Mortgage Fraud, Wire Fraud.

You see how the FBI Nashua PD is bloody pissed off about my last post detailing yet another case holding that citizens have the right to video police officers just about everywhere other than the "Live Free or Die State" so I can't wait to smash them up in Court.  The FBI has the authority to address the type of abuse that Nashua PD metes out to people who video police officers? That is why Mike Gannon, Pamela Reynolds and I complained to them. Here are some related links and courtroom videos.

Mr. King: I am in receipt of your RSA 91-A request dated August 15, 2011.  The Nashua Police Department is unable to respond to your entire request until you are more specific as to the matters you refer to in your email.  You reference “an investigation into the wire fraud and forgery that occurred when a certain title company affixed a phony signature to a mortgage and faxed it to WAMU.” You are required to reasonably describe the public records sought. Details such as the year of the incident  and the name(s) of the title company and/or individuals  involved would  help the department locate the file if one exists.
You have also requested a copy of the complaint you filed in 2002/2003 in which you allege an officer illegally entered your premises. You stated that you have previously requested a copy of that complaint.  The department has no record of that previous request.  The police department no longer has your complaint as it was purged after five years per department policy.
In order to insure that RSA 91-A requests are received and responded to, your requests should be made directly to the city department responsible for maintaining those records. As Attorney Cullen has pointed out, he represents the Nashua Police Department only in specific cases and correspondence regarding matters in which he or another attorney has not filed an appearance should be sent directly to the department.
Steve Bennett
Dear Attorney Bennett:

I will provide you a copy of the actual complaint but if you watch the Kelly Ayotte N. Haverhill Town Meeting you can see it right there, 2003 was the event. It is the video where the observer I interviewed stated that Senator Ayotte was "full of shit."
http://www.youtube.com/watch?v=jLS0N_hH-cc
The company was Alpha Title Company, see my card as Manager on the relevant Mortgage Movies Journal Entry.
http://mortgagemovies.blogspot.com/2011/08/rsa-91-kingcast-asks-nashua-pd-counsel.html
I trust that will get you started.
Kindest regards,
Mr. King: I do need nor am I requesting a copy of your complaint.  The police department will attempt to locate documents related to an investigation of Alpha Title Company.  Again,  responses to your requests would be expedited if you provided additional information. Suggesting that I review your blogs, facebook page or youtube to identify the information you want is not a reasonable request.
Steve Bennett

Let me break it down for you Counselor:

You just wrote to me that you could not respond without further specificity. I offered you the actual complaint, which is reasonable. You said you don't need the complaint, fine. I'm just trying to give you what you need so you can set yourself up for failure.
I told you where to review the complaint online, conveniently, right now.
If I tell you to review a blog as a journalist and I certify that the blog has not changed since I issued it, I would suggest you take heed, again bloggers are journalists in NH in case you missed it. If you want to try me on that I want to try you right back in Court.
You might want to refer to Implode Explode.
Goodnight.
Mr. King: Attached is the policy you requested.
Steve Bennett
Why thank you Counselor,

I will review it for Constitutionality. As you recall from 2007 and my successful campaign to rescind the restrictive School Board policy enacted by that idiot Julia Earl, I tend to know what the law really is.... and you even agreed with me.
Maryland and Pennsylvania know what the law is on "wiretapping" as well, so I look forward to yet another victory and change of policy:
http://christopher-king.blogspot.com/2011/08/kingcast-schools-minnesota-and-new.html
You can tell Jamie right now I am indefatigable and I will win this war if you want to make it into one. Otherwise you can do the right thing. As you all are so damn obdurate about not doing the right thing, even though your LE stuck a loaded shotgun into Mike Gannon's face without Probable Cause, I envision years of litigation. I pick my battles carefully Counselor.
Suit yourself.
Pun fully intended.
Best regards,

I need the policy before September, 2003. The forgery occurred 13 August, 2003 and my complaint was dated 18 August, 2003 as you could readily ascertain from the Complaint that you say you didn't want.
Or again, as noted in the video right here, the one where the observer said Kelly Ayotte was "full of shit."
http://www.youtube.com/watch?v=jLS0N_hH-cc
For your edification, start at 7:40 and watch the next minute or so.
Thank you in advance.

And lastly Counselor I defy you to show me where I directed you to any Facebook page. And as to blog referrals I have long since given you my information request in full written cut and paste so you have nothing there either.

You will not get away with making up facts and trying to introduce them into the record. I don't play that game sir, and you need to start instructing some of your clients quit doing that out in the streets as well.

I hereby re-tender my forgery complaint. I will come in to the Station to fill out another complaint form as I am fairly certain that the forgery is still on record, therefore an ongoing violation.
I am certain your client will be most enthusiastic and zealous in the follow up, after all it gives them something to do besides beat and mace innocent citizens who video them, and a change of pace is always good.
That is all.

I'll be sharing this update with the FBI later today in fact because this is a completely absurd situation.

While no one at the FBI office specifically mentioned the Statute they did take copious notes and we hope and pray they do the right thing because too much of Nashua PD has run amok.

From the FBI website linked on the front page:

"The FBI is the lead federal agency for investigating color of law abuses, which include acts carried out by government officials operating both within and beyond the limits of their lawful authority. Off-duty conduct may be covered if the perpetrator asserted his or her official status in some way.

During 2009, the FBI investigated 385 color of law cases. Most of these crimes fall into five broad areas:

Excessive force;
Sexual assaults;
False arrest and fabrication of evidence;
Deprivation of property; and
Failure to keep from harm.

Excessive force: In making arrests, maintaining order, and defending life, law enforcement officers are allowed to use whatever force is "reasonably" necessary. The breadth and scope of the use of force is vast—from just the physical presence of the officer…to the use of deadly force. Violations of federal law occur when it can be shown that the force used was willfully "unreasonable" or "excessive."

Sexual assaults by officials acting under color of law can happen in jails, during traffic stops, or in other settings where officials might use their position of authority to coerce an individual into sexual compliance. The compliance is generally gained because of a threat of an official action against the person if he or she doesn’t comply.

False arrest and fabrication of evidence: The Fourth Amendment of the U.S. Constitution guarantees the right against unreasonable searches or seizures. A law enforcement official using authority provided under the color of law is allowed to stop individuals and, under certain circumstances, to search them and retain their property. It is in the abuse of that discretionary power—such as an unlawful detention or illegal confiscation of property—that a violation of a person's civil rights may occur.

Fabricating evidence against or falsely arresting an individual also violates the color of law statute, taking away the person’s rights of due process and unreasonable seizure. In the case of deprivation of property, the color of law statute would be violated by unlawfully obtaining or maintaining a person’s property, which oversteps or misapplies the official’s authority."

Well, I was stopped by Amtrak police tonight for walking down the tracks toward home after exiting a train from Hartford. These officers were from New Haven and I totally believe they were sent to harass me and write me a court summons for criminal Trespassing 3rd degree. Retribution for phone-calls demanding the upholding of me and my sons rights I would bet. I am contacting their Sergeant/Chief to find out how many tickets they wrote today. New England racial harassment at its worst IMO. Black men don't deserve justice in this country, as far as "they" are concerned. I beg the Feds for justice and they say almost nothing so who knows what they are doing.....