KingCast note to "Mike" at 781.812.2247: There was "recreational cocaine" in the Joseph Fasano/Jennifer Bynarowicz car, dammit. 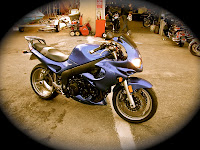 I've received a number of unsolicited calls from a dude named "Mike" who often banters with me about how or why I should dump my Triumph and buy a Yamaha R1 or some other Jap bike..... to which I say:


Next issue: Yes Joey Fasano's car had cocaine in it so I don't care that you called me today bitching at me saying you spoke to him and he said there wasn't. Talk to the Police about it if you have a problem, specifically Detective James Lencki: (617) 745-5752..... Not to mention the Suboxones.....

PS: I have clearly posted and discussed in KingCast video any and all potentially-related legal issues for the O'Connell family as well, but the thing is.... none of them tie in with the Defendant and you cannot impute or engraft the misdeeds of his uncle and cousin to him, duh. And lastly, are you really having the balls to call me a punk using Roxi Rose's law firm or is that a proxy number you somehow boosted? Yeah that's right dude keep on with your trash talk, I'm ready for you.... and below the fold are the emails to the Braintree/Quincy area attorney(s) associated with this phone number.

Unsolicited phone calls from "Mike" associated with your firm.

I just returned from New Jersey shooting and producing another Mortgage Movie about a law firm with questionable scruples:
http://www.youtube.com/watch?v=Ek5mo734hF4
Forty miles out of Boston this morning (as may be proved by GPS/location technology) I received a phone call from someone who calls himself "Mike." It appears to be the same number associated with several other calls this year on the subject of favoritism in gun permit applications and whether I would like a Japanese motorcycle more than my Triumph. He told me of various bikes he has ridden or owned but he never got back with me when I suggested we toll to Bike Week this year where I shot this Cody Eller movie. Mr. Eller BTW still has not been indicted, I guess Hillsborough County Prosecutor Dennis Hogan is too busy being a named Defendant in my Free Press lawsuit KingCast v. Kelly Ayotte, GOP & Nashua PD et al, or trying to get Nashua PD abuse survivors Mike Gannon and Pamela Reynolds all hemmed up before the same Grand Jury:
http://christopher-king.blogspot.com/2011/07/nashua-police-abuse-survivor-pamela.html
**********
Be that as it may, today the phone calls turned sour when he told me he had spoken with putative Quincy Road Rage shooting victim Joseph Fasano, who in turn told "Mik" that there was no recreational cocaine the Jennifer Bynarowiz car in which he was traveling on that fateful night in December, 2009. "Mike" told me I was wrong and said I was "kind of a punk" but I told him I had clearly posted the true and accurate account of the events from area LE documenting my assertion. He also threatened to open a blog as I did and call himself "Boston Mike" in the same manner that I
As such, if "Mike" is associated with your firm you may want to check him on this lest people start believing that you or people at Innello and Company http://www.innelloandco.com/firm.htm
....don't have a clue about what you're talking about. And of course if "Mike" is not associated with your firm then you have a security breach and you might want to check up on that as well. Either way please shoot me an email explaining what this individual's relationship with your firm is or is not.
I'm the head motherfucker in charge here, and I make sure the quality goes in before the story goes out. If anyone has information that materially contradicts what I write I am always more than willing to review and correct my stories, but I don't have to do that too often because I check my sources in the first place.
Thank you for your time and consideration in this matter.

Posted by Christopher King at 8:25 AM

Still at it asshole?

Still looking for a disbarment letter that doesn't exist?

I'll be in touch with the police again today regarding my complaint against you.