NOTE TO SPENCE SCHOOL:
I SEE YOU HAVE REVIEWED THIS JOURNAL ENTRY ABOUT DAVE RIDLEY.
YES I MAKE VIDEOS CINEMA VERITE.
THESE ARE ONLY 720P BUT MY NEW CAMERA SHOOTS 1080P WITH STILLS
I WILL USE SAID CAMERA TO DOCUMENT THE FACT THAT YOU HAVE AN INTERNATIONAL FELON NAMED ADAM KLEIN ON YOUR BOARD OF DIRECTORS.


I ALSO HOPE YOU ENJOYED READING MY OPEN LETTER TO LUCY DALGLISH RELATIVE TO INDIE JOURNO CRYSTAL COX, NOTING MY PARTICIPATION AS GUEST SPEAKER AT THE 2011 NEW ENGLAND NEWS AND PRESS ANNUAL CONVENTION AND TRADE SHOW.


DAVE RIDLEY WAS FOUND NOT GUILT OF TRESPASS. 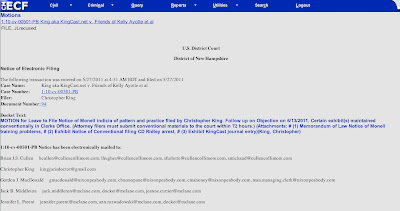 Notice_of_further_Monell_indicia_of_Nashua_PD_lawlessness:_The_arrest_of_Dave_Ridley_of_Ridley_Report.
At the Ridley Report video I wrote: @lisapratt1 Why is this so familiar to me.... hahahaa..... Jesus, I am blogging this right now.


Now they can say "It's not racial Mr. King we hate anyone who questions authority."
But now DR has potentially a better lawsuit against them than mine because they actually ARRESTED him. Might have to draft a sample lawsuit for public inspection so folks can see the elements. Here is the latest Ridley Report coverage on my Free Press litigation against former AG cum U.S. Senator Kelly Ayotte and her merry band of legal pranksters. He will be posting one more video any day now, as this seemingly unlawful arrest has naturally thrown him off course. Some of these LE exalt the total police state mentality above all else. Dave, sue the living snot out of them and I will cover every minute of it.


What's going to be interesting is whether Brian Cullen intentionally withholds evidence as he did up in Madison in Sam Bourne's case when Ridley sues Nashua PD for wrongful arrest. To hear him tell it, he was actually walking away from the event and they STILL arrested him. They started to do it to me as well when they drove me out of the entire Crowne Plaza, watch the videos. Query, did VP Biden authorize this? His boss, what's his name... oh, President Barack Obama, born in Hawaii -- has no problem with me. And Biden himself gave me a hug and promised that public menaces like Kelly Ayotte's hero Greg Floyd would face the full measure of the law for continued 18 USC §922 infractions. Of course he lied about that, but whatever. 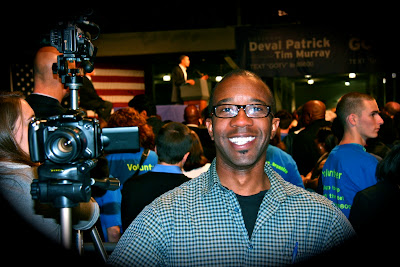 Posted by Christopher King at 12:22 PM

Nice job, Kingcaste, hopefully justice will be forthcoming for both you and Dave Ridley.

It is setting up something a World of awful.

See Ridley didn't necessarily agree with me on the merits of my case, but now he should petition the court to join my case as Intervener so the Court can address them both at the same time and clear this whole thing up.