KingCast tells the Boston Cop who was stupid enough to call me "a faggot": I have LE friends dude and your captain will be notified of your attitude. 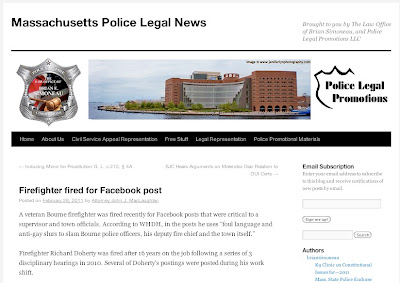 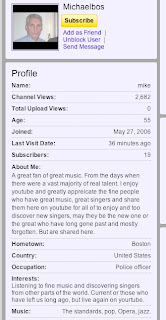 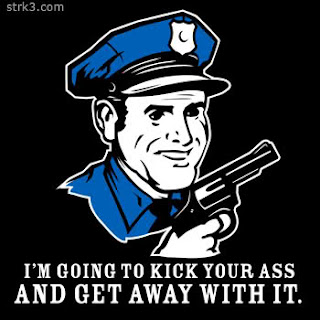 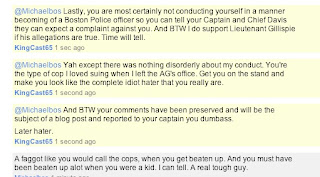 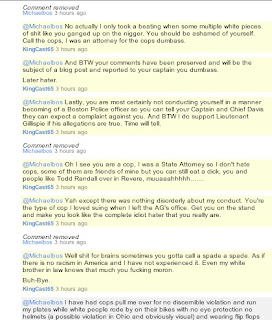 6 May update: BPD has pulled the docs and is investigating this man's identity. He should notify them himself since he's so big bad and proud and not a "faggot" as he would (and did) say....


Prologue: Matthew Shepard and other Hate Crimes, KingCast 2007; also as noted above, Firefighter Richard Doherty was fired for similar conduct. The writer of the firefighter journal entry is an LE and Attorney, as is another associate of mine (well actually he is now a full time lawyer) who appears in some of my videos. Just goes to show, you never know who you're messing with sometimes, dude. I am preparing my Complaint to Chief Davis right now, just checking on the code of conduct so I can fry your ass. I also took time to look up some folks in the GLBT community so they are now aware of this thoroughly contemptible behavior, this jackass should go have a seat with ATL Braves' Roger McDowell on the bench of social infamy. I'm sure the guy is probably racist and misogynist to boot.


Hahahahaaa update home slice tried to pull his comments, too late. Straight to Chief Ed Davis, whose daughter should remember me well, nothing further on that at this point but I will say I'm going to holler at my LE friends and get the dossier on this guy in a heartbeat. Just goes to show you need to watch your mouth on the Internet. Read the LE hater comments to the above video. As to the below video, you can see I'm a pretty chill individual, appreciateur of vintage jazz, fashion and fine ladies. But I will not suffer fools gladly, I'll serve his ass like John McEnroe -- just as I did to Sergeant McFadden back in The Day when I wore a high top fade.


This hater must be friends with Justin Barrett. And for the record dude you need to show some respect I was a law enforcement attorney, no I am not gay if that is what you mean by "faggot" but I do support gay rights they are God's children just as much as you and me. Are you gay? Anyway the comment trail (now somewhat less interesting than it once was, ahem) relates to this video "Police Story," in which I told an on-duty officer he was doing a great job! Here is where he tried to wipe the slate clean but I will order up all of the comments, some of them I accidentally closed the page and lost them where he said I should be "arrested for disorderly," and "Oh the race card." etc. etc.


He then calls me a faggot but acts like a coward himself when he can't stand behind his comments, hahahahaaa..... As Kelly Ayotte's hero would say on his personal license plates.... GOTCHA! Here's a message from Bobby Knight to this tool because I am not here to take his fucking bullshit. Not yesterday, not today, not tomorrow, and not EVER.

Posted by Christopher King at 2:24 PM

This is not a good LE. The guy in the video, is a good LE, even though I do have a right to point out the fact that minorities don't tend to get the breaks that the white driver of this car received. Boston's own stats have shown racial profiling so I will not back down from that assertion.

No, this guy works by intimidation and threats, like Bruce McKay, soon to be the subject of a Hollywood movie about a case Brad Whipple and I know more about than pretty much anyone on the face of the planet.

Casey Sherman is the book and screenplay writer of the adaptation of "Bad Blood: Freedom and Death in the White Mountains."

Just run yourself a word search right here on this journal, who do you think got the cover art for the book before anyone else?

So funny I haven't watched this﻿ video in about a year, I didn't back down:

Sheesh. You can't make me disperse from somewhere that doesn't have any commotion or civil unrest going on, that's LE 101.

I won't even tell you what one of my LE friends said about this but it doesn't reflect positively on the LE in the video or the jackass who posted on my YT page. We will discuss that over a motorcycle ride one day.

Ridiculous what some LE think they can get away with.