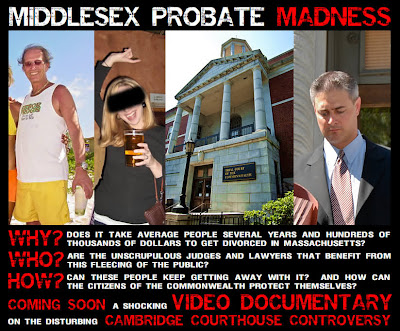 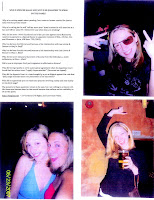 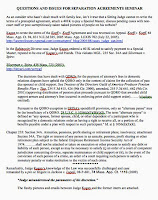 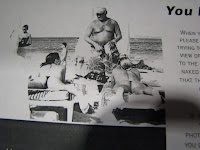 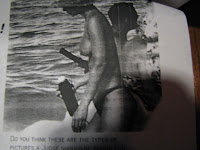 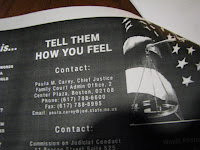 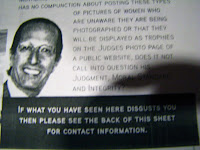 Up Front: My 2011 New England News and Press Association videos.


NENPA letter to me.


Okay so first it was JAG-posing welder, racist and alleged child abuser Bill Christy again begging me to take down the proof he called me a nigger and a motherfucker. Bill Christy is a Kelly Ayotte supporter. Kelly Ayotte hates Free Press and anyone questioning the government so she had her American GOON squad from the Nashua PD run me out of the entire Crowne Plaza, Hence KingCast v. Kelly Ayotte, GOP and Nashua PD NH Dist. 2010 CV 501.
**************
Now as a condition of his release, Financial Planner Jay Korff, has been ORDERED to request that I remove any and all journal entries and websites I have posted about Middlesex Probate Judge Spencer Kagan, such as this one or this one.  And of course he wants the soft porn boobies he allegedly posted on his own online journals removed, along with ass crack and the apparently illicit emails to a beer-swilling former intern.


He asked me and I politely declined and the conversation was witnessed.


I am not inclined to remove anything from my journals, and no one is in any legal position to even ask me to do so. I know the First Amendment as well as any high-dollar lawyer or judge and I am well within my rights, that's it and that's that and I will not tolerate any nonsense in that regard whatsoever.  I schooled Jeffrey Denner on that long ago, Google Boston Bob + ACLU + Proskauer Rose + Derrick Gillenwater. In point of fact I have already removed material as a favor to people who were afraid of government retribution, so as a former government attorney I'm saying enough is enough.... especially until I am comfortable that the same courthouse will stop making a mockery of Justice in Daralyn Khan's case against eMusic CEO, Columbia Professor and International Felon Adam Klein.


And let me say this for the record: Nobody tells me what to write, and nobody controls what I write. Not Mr. Korff, not Ms. Khan, not Mr. Rabinowitz, nobody. When I get up in the morning I decide what I am going to do and how I am going to do it, because I am an American, dammit. Some of what I write about is already present on other web pages for that matter, but I think what is really getting under some folks' skin is that I do it just a bit better than those other cites, and very important people read my journals. Well hey, that's the nature of the First Amendment, the last time I checked.


Enjoy the related videos, they are quite, ummm... titillating.


Bonus round: Remember John Buonomo? I do, hahahahaaa...

Posted by Christopher King at 7:04 PM

You newbies start with that top video and it will tell you everything you need to know.

What does that even mean for a court, to ask (as opposed to order) a journalist to remove his controversial work - under no threat whatsoever? Isn't that utterly meaningless from a legal standpoint?

I would disagree, it means a ton.

Well let me say concurring and dissenting at the same time. No, legally it doesn't amount to whale snot..... well, actually whale snot is quite valuable so let's just say chicken snot.

But what it says about the legal system speaks volumes and none of it good.

Apparently some judges hate me whether I'm practicing law or journalism, go figure.

People hate you because you're a gossip monger and a liar. You allege I was a child abuser, which is an outright LIE.

2. There was/is not any report ever filed in any state I lived in that contains any allegations of child abuse of my children, or your informant.

3. Your informant was never my custodial child, child, or son. I did not any legal rights or claims to your informant in any capacity as a parent or legal guardian normally would have.

6. Your informant has never even bothered to speak to or meet my daughetrs children who are his nieces.

7. Your informant has an axe to grind. I refused to allow him to visit my daughter or contact the hospital about her condition last October,when she appointed me her guardian. Add in his past DUI arrest/arrests and allegations that he forged his fathers signature on college loan applications, it speaks volumes about your informants credibility.

8. I was recently awarded permanent guardianship and custody of my 2 granddaughters, after passing yet another extensive background check in the state I currently live in. Although DCYF DSS was not involved in the case their recommendation to the court along with the Guardian Ad Litem appointed for my granddaughters agreed that I should be awarded guardianship/custody of them. My daughter (your informants 1/2 sister whom he hasn't contacted in 15+ years) also agreed and signed a Parents Voluntary Consent Of Permanent Guardianship/Custody of her minor daughters to me.

I heard you joined newszap and sent a private message to a personal friend of mine, making similar accusations and allegations. You are a very sick man with many alleged psychological issues, since childhood and since you were suspended from practicing law 13 years ago for the same type of unethical, unprofessional disturbing behavior you continue to display in this blog.

I DID NOT recently beg you to take down a damn thing you have posted about me. I told you I didn't care about the video that you have on youtube claiming I called you a NI***R and a M****ERF***ER because statistics show your viewing audience are 13-17 year old children. Talk about child abuse, you are a law degree holder and are willing allowing minors to hear and view these socially repugnant comments, that YOU made and posted as tags on the video.

Nah dude people hate YOU because you are a lying sack of shit, posing as a JAG Attorney and claiming I criminally threatened you and others.

I'm going to pull your emails and post them now that you claim you have no problem with the video you stupid jackass.

And oh, your boys at Milford Forums reported me to NENPA, as if I give a shit.

I wrote them as well, hahahaa...

See the hate coming from Delaware and Bill Christy?
Inbox
X
Reply
Christopher King to Dan, sa.baker
show details 9:42 AM (0 minutes ago)
So damn inarticulate they can't even tell a possessive pronoun from a contraction.

Bill Christy's dumbass friends ban KingCast from Delaware NewsZap, they don't even know a contraction from a possessive pronoun hahahaa....

Bill Christy, Mr. Big and Bad, JAG-posing, Mr. Nigger Motherfucker himself...... They sure do hate the Truth coming out. Here's the web page they will probably remove but I saved it to my hard drive, hahahaaa... Then they reported me to NENPA, who-hoooooo.... as if NENPA cares what these haters have to say, hahahahaaa..... the joke is on you, hahahahaa.....