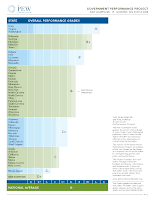 This is important stuff. Everything I write about Kelly Ayotte is important because in 2012 or 2016 when they tap her for Veep or Prez the folks need to have this information about her scuzzy background on lock.


1.    On the lawsuit I gave the Defendants another 10 days to respond to my Memoranda Contra their Motions to Dismiss. There was a question about the Exhibits and whether the embedded links were appropriate for permanent record, so I'm burning them some DVDs tonight so Jack Middleton can take them home and show them to his grandchildren. Ex.1 + Ex. 2.


2.     So much leadership Kelly Ayotte and NH﻿ government have shown, not: NH was last in 2008 by Pew Charitable Trusts.

The Campaign Disclosure Project evaluates, grades, and ranks each state in four categories: campaign disclosure laws; electronic filing programs; public access to campaign finance data; and disclosure web site usability.
In 2007, 18 states earned grades in the A or B range, up from eleven in 2005, and only two in 2003. Thirteen states received Cs, five received Ds and 14 received Fs in the assessment.
Among the study's significant findings:
More coming tonight.
Posted by Christopher King at 3:08 PM