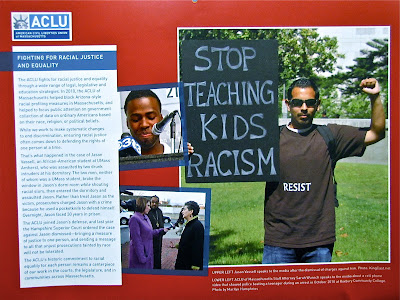 Here you go Denise, your name and email to Senator Kelly Ayotte in bright lights. That's all I have to say.

I will issue a Jury Demand, file an Anti-SLAPP Action because I am clearly complaining about the Government and we'll get busy. And every document filed will be online, I don't have time for any nonsense. I have run video at many trials in Ohio and in New England, including the infamous Jason Vassell racial beat down (12/13 top YouTube videos are KingCast videos) and the infamous Dan Talbot murder trial (33 videos) and I comported myself within the mandates of Rule 1.19 and worked right alongside the major press. I was a member of that club too, but I relish my independence and journalistic control now you better believe it, so I fully intend to run video at any and all hearings in which I have an interest. And if I can't, then I will be talking to the ACLU, a new journal page will go up exposing the First Amendment beat down and there will be some litigation involved. Ask Kelly Ayotte how she likes them apples.

And in another hot case, the case of Columbia Faculty felon and eMusic CEO Adam Klein, others have already voiced similar concerns about Massachusetts Judiciary, including the National Association of Courtwatchers so make sure to sue them too..... so much dirt swept under the rug for so long that people want to think they are immune from the investigations of a vigorous Fourth Estate.

I will publish whatever I want to publish, when I want to publish it, and send it wherever I damn well please, subject to the contraints of Defamation.... which I most assuredly have not committed, ever. We have a Free Press in America, and part of the reason we have a Free Press is so that people like me can cover events of oppression, as noted by Careers in Criminal Justice and by the Massachusetts ACLU 2011 Calendar featuring KingCast photography. Remember, it was the ACLU I tapped to whip Jeffrey Denner's behind when he got the Courts to beat down on Derrick Gillenwater's First Amendment Rights. Is everybody down for Round Two? I am. Bring it on, Uncle Ruckus would be proud.
cc: Massachusetts ACLU
Posted by Christopher King at 9:59 AM