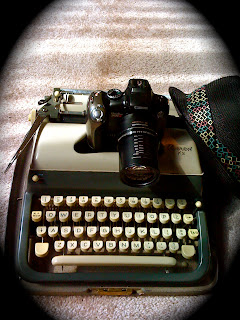 Primer: Kelly Ayotte's real record as NH AG; also Kelly Ayotte Senate Race blog, more women against Ayotte.
Someone wrote in to the Implode-Explode post to allege that it's my fault that Kelly Ayotte's GOON squads threaten to arrest me. I shut that one down, noting that they don't even let me get close enough to ask her a question so I have to raise my voice. Notice Joe Arpaio, while clearly uncomfortable as I schooled him on Kelly Ayotte's dismissal of the 2005 trespass Immigration policy, takes my questions as he looks for a way out. Notice at the Manchester, Kelly Ayotte rally that a tennis-playing Dartmouth Professor publicly states "we were having a nice conversation" as a woman apologizes for yelling at me and calling me a bigot. Anyway, to hell with Internet trolls, I'll be telling it to a Jury in Due Course. Here's an excerpt from the Complaint and Motion for Injunctive Relief, to be filed Tuesday or Wednesday. I will post the final copy Sunday evening or Monday morning right here.
*****


As the successful litigants aptly noted in Mortgage Specialists v. Implode Explode 160 N.H. 227, 999 A.2d 184, 38 Media L. Rep. 1641 (2010), (infra), New York Times v. U.S., 403 U.S. 713 (1971) is instructive as Justice Brennan noted:
So far as I can determine, never before has the United States sought to enjoin a newspaper from publishing information in its possession.
But the First Amendment tolerates absolutely no prior judicial restraints of the  predicated upon surmise or conjecture that untoward consequences *726 may result.
Obviously when attempting to cover a political event, one cannot fairly or accurately publish about something they cannot witness. In the case at bar, the Defendants’ actions of preventing Plaintiff from observing the events, and even asking a question or two while the speaker is not on the podium accomplishes at the front door what the High Court deemed illegal at the back door: Unlawful Prior Restraint.
************


As there is no legally cognizable harm to befall the Defendants, the public interest is clearly best served by the free flow of information and ideas, whether the GOP appreciates that free flow or not.
Perhaps a bit of First Amendment history review is in order at this point. As Attorneys, Defendant Ayotte and Plaintiff took vastly differing approaches to First Amendment issues. The problem is, Defendant Ayotte came up on the wrong side of the law each and every time, so her actions against the public interest in this case are but a microcosm of her agenda at-large and should provide this Court with substantial pause when it comes time for her to explain why she believes that she and the GOP may threaten an experienced journalist with arrest at public rallies.
Plaintiff:
1. State v. Doyle – Successful First Amendment criminal prosecution defense of school board protester, 4-day trial.
2. Doyle v. Columbus City Council, 41 F.Supp.2d 765 S.D.Ohio,1998 – Successfully restored Plaintiff Doyle’s right to speak before Columbus City Council, said First Amendment Right having been vitiated for nearly (8) months.
3. State v. Isreal – Successful First Amendment criminal prosecution defense of a teetotalling black man who was arrested after a police officer overheard him say to his brother “these police are racists.” He was falsely charged with DUI and choked him up a bit in the booking room, just enough not to leave marks.
4. Isreal v. Rhodes, Hensley, Ohio Court of Claims V96-61481 – Hensley and Rhodes found to have made Mr. Isreal the victim of violent crime.
5. Isreal v. Rhodes, Hensley – Settled at $58,500.00
6. King v. Nashua School Board, 2007 – Lawsuit averted, restrictive speech policy overturned, Mayor Bernard Streeter awards Plaintiff a Mayoral Commendation for work in the public interest, preserving First Amendment Freedoms.
7. Makes videos from the press pit at Deval Patrick rallies, fully recognized
journalist. http://www.youtube.com/watch?v=B3f4rJTQLs0
Defendant Ayotte:
1. Failed to comply with Right to Know Ethics Reporting requirements as noted by the Associated Press, “Review finds enforcement of NH Ethics Law lacking,” – no longer hosted by AP but hosted by Plaintiff, much to Defendant Ayotte’s chagrin.
2. Failed to see to it that the Statutorily-required RSA 91-A Right-to-Know Commission Report issued in 2006.
3. ALT+Control+Deleted all of her emails as New Hampshire Attorney General claiming to believe that RSA 91-A did not apply to them. The emails were reconstructed at substantial taxpayer expense. See item 6, infra.
4. KingCast v. Ayotte, Grafton 268, 2007 -- Illegally withheld video dash cam from Corporal Bruce McKay’s cruiser.
5. Same-sex marriage – The Right to marry and have sex is countenanced by the Privacy Penumbras of the First Amendment. Defendant Ayotte signed a trendy vote against recognizing out-of-State marriages, only to discover that she didn’t even know that New Hamsphire law ALREADY recognized such marriages in the Civil Unions Law. There was a cryptic press release on the recantation, but that has apparently been ALT+Control+Deleted as well, leaving the Concord Monitor (3 June 2008 Editorial) and KingCast/Chris King’s 1st Amendment Page as two of the few media outlets who know of this fact and who openly publish it.
6. Ayotte campaign spokesman Jeff Grappone -- called the Open records email lawsuit an "election-year stunt,” thereby further demonstrating the outright contempt that Candidate Ayotte has for the Judiciary, open Government and the First Amendment.
This short list of cases is important because it demonstrates Defendant’s Alt+Control+Delete attitude toward America’s most cherished Constitutional Amendment. The First Amendment is the ONLY Amendment that is required to defend the use of all of the other Amendments, and for that reason -- and for all of the other reasons delineated in this Action – this Honorable Court must find for Plaintiff on the Requested Injunctive Relief and schedule the case for Jury trial on an accelerated calendar.
Respectfully submitted,
_____________________________
Christopher King, J.D.
http://KingCast.net -- Reel News for Real People
617.543.8085
Posted by Christopher King at 7:34 AM

Note: Again, Platintiff’s blog has 19,745 19,767 profile views, millions of page hits and his 2009 video coverage of the Dan Talbot Revere, Massachusetts murder trial saw 20,000+ hits on his YouTube channel, KingCast65. Similarly, tens if not hundreds of thousands of viewers have visited hit main portal, KingCast.net His blog and main portal have been at the same location for five (5) years.