KingCast demands that Union Leader retract Kelly Ayotte's biggest lies as NH AG that all occurred in her sham investigation of the Franconia shooting tragedy. 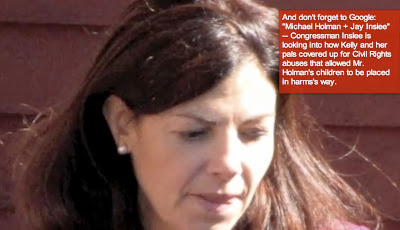 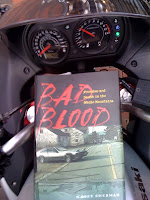 "And he was a rogue, in every sense -- to other law enforcement and to people, particularly young men and women, the weak.... the ones that hurt. And he was bad, there's no question, and anyone in Law Enforcement who says he's one of them, is getting on the wrong side.... With the information they had on this guy they had to say 'get him out of uniform, get him out of service, he doesn't belong here.'"

-Retired Franconia &amp; Sugar Hill Officer Bradford Whipple, who warned the Town of Franconia to fire Bruce McKay, and who finds Kelly Ayotte culpable (KingCast Negligent Retention video at 3:20) for ignoring years of warning signs also noted by Ms. B. She filed ignored complaints after McKay stuck a "penis shaped knife" (her exact words to me) toward her privates for no reason on a bogus DUI stop. Read the Casey Sherman "Bad Blood: Freedom and Death in the White Mountains" book launch post, containing Kelly Ayotte's deviations from norm in her sham "investigation." She would love to shut me down for Defamation in addition to threatening to arrest me (KingCast v. Ayotte, GOP, Nashua PD U.S. Dist. NH 2010-CV-492) but what I say is all true, sadly. So too is the information in the Kelly Ayotte Momma Grizzly video.
This 13 May 2007 Union Leader story shows how major media can play mouthpiece for a lying AG like Kelly Ayotte , and this is the reason why Friends of Kelly Ayotte can't stand me as an honest reporter of the facts set forth in Kelly Ayotte's own investigative files. To wit:
At pdf 894 and 903 Floyd claims that he never got Liko's gun cleared -- which is certifiably false:
"Both were test fired and found to function normally."

He got it cleared and he put the jammed bullet into his pocket as proved (pdf. 564) then he loaded Liko's second clip to make it appear that Liko had done so after he finished murdering him, IMHO. This is why no one can seem to find any fingerprint analysis of Liko Kenney's gun because Floyd's prints are likely all over the second magazine.

Also any notion of conversation from Floyd to Liko is totally bogus, even though Kelly's (unsigned) Official Report has Floyd saying "I told him whatever came into my mind...." because Floyd clearly says at 874:

"And then you know I, I walked up at that time and uh, probably within four seconds had shot the driver."

This supports his previously-documented statement on another volume:

But Sgt. West is Floyd's buddy, listen to this comment:

"You're giving him time by you working the mechanism and under the situation that's pretty cool, I think."

Sir: I think not. "Four seconds," remember...... I think you and your staff intentionally ignored the windshield bullet because that proves that Floyd started shooting from across the street.... (more about Bruce McKay's violence at the Brendlin v. California post and at the Sergeant Mark Taylor warned Chief Montminy about Bruce McKay post).

The fact that Kelly Ayotte's sham "investigation" never answered who shot the windshield bullet into Liko Kenney's car, because it was Floyd, BEFORE Liko's car ever struck Bruce McKay. Liko Kenney was by that point nearly blinded and probably just drove toward whatever was trying to kill him. Also, Floyd did not position his car between Bruce McKay and Liko Kenney, he positioned it in between Kenney and his Uncle Mike's house see the KingCast Liko Kenney egress post. And passenger Caleb Macaulay's window was shattered, with the mechanism in up full up position because Floyd shot right through it without a word, p.26 of Kelly Ayotte's own Official Report reads "The passenger side widow was in the fully up position but the glass was in fragments." Lastly, those are spent casings near the Floyd pick-em-up truck 30-40 feet south of the Kenney vehicle, so he was definitely firing on Liko immediately, not at the car door.
Liko Kenney had telephoned his Uncle 3 times during the first traffic stop to be an adult witness because he was afraid of Bruce McKay, who got away with violating Liko Kenney's Civil Rights in 2003 and beat him down with several other cops for no reason whatsoever.....
....and that's a fact, jack: McKay had no reason to continue to detain Liko Kenney but yet he did, just because he hated all things Kenney/Miller. Read the related dismissed cases from Fox Hill Park, also not hosted by any other major media; I went and pulled the files myself.

This is why the Federal wrongful death/Constitutional deprivation case, 2010-CV-181 begins today, 1 Nov. 2010 before Judge Paul Barbradoro, with counselors Harold Burbank and Charles O'Leary at the helm. Read Kelly Ayotte's deceitful response to Attorney Burbank, himself a former AAG -- as am I -- right here in the Res Ipsa One post.
Even your everyday welder will tell you: Try Gregory Floyd for Murder.
Kelly Ayotte was a rotten AG and she's going to be a rotten U.S. Senator, so I am circulating this information to all of her peers. It's a free country, and as a responsible journalist that obligation is incumbent on me.
Posted by Christopher King at 10:31 PM