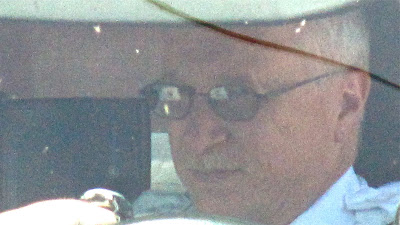 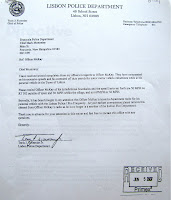 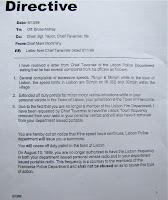 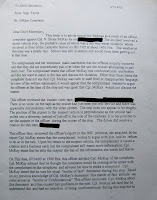 "This officer cautioned Cpl. McKay about this demeanor as it has caused him problems in the past."

Precisely, and this is why they banned him from Lisbon and Montminy knew McKay was abusing his privileges and wrote him the directive back in 1999 so they knew this guy had issues. Further, jump forward to 2005 (in addition to the other complaints against McKay, including the "penis-shaped knife complaint" from Ms. B read para 13 from the Bad Blood book launch), this is why former Franconia and Sugar Hill LE Brad Whipple noted in several KingCast short films with Bad Blood Author Casey Sherman that Bruce McKay was a danger and liability to the community, the department and to himself.

But don't take my word for any of this, watch the video and read the documents yourself. Some folks like to say I interject myself into stories too much, and blah blah blah blah blah.... to that I say "When you've managed a weekly, written for a large daily, been an Assistant Attorney General and private attorney, when you have tried, won, lost and settled Civil Rights cases, when you've successfully sued under FOIA or Right-to-Know, and when you've made your own videos documenting your points of view, then, and only then, should you be commenting in deprecatory manner. If you don't like what I do or how I do it, go do it yourself or STFU, simple. I'm All Set."

Read these Bruce McKay complaints and watch more video here. Liko Kenney, we will expose the Truth my brother.

What a shame that former NH AG Kelly Ayotte, who presided over one of the most flawed and corrupt homicide "investigations" in the Free World, may actually become a U.S. Senator. Between now and then she will be KingCasted, when she least expects it.

PS: An interesting December, 2007 post about KingCast v. Ayotte & Franconia RSA 91-A litigation.
Posted by Christopher King at 4:01 AM

"By the book" my arse. Bruce McKay was by HIS book, and that's about it.

Chris, At the library either Taylor or Whipple stated that Kelly Ayotte denied any information about knowing that McKay had a troubled past. Yet whom ever it was saw a folder with McKays name on it on Ayottes desk. I saw that on one of your videos about a year ago but can't find it now. What was the name of that video? Better yet do you have that snippet on a different video? Thanks Dave K
dkeooo2@gmail.com