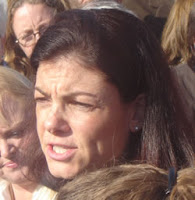 
I have a Judgment against her for another RSA-91A violation in her Franconia shooting coverup.


This new KingCast video shows you how Kelly Ayotte covered up for bad Law Enforcement in one of the biggest police shooting in New Hampshire history, currently the subject of Casey Sherman's novel and upcoming movie, "Bad Blood: Freedom and Death in the White Mountains." Here's more on that; the thumbnails are where she ignored a clear cut case of wire fraud to spite me because I reported it.


Kelly Ayotte (dedicated website) has been a big business dupe and a disingenuous AG ever since I've known her. She has repeatedly ignored RSA 91-A and Right-to-Know laws, and now it turns out that she failed to make certain that her emails and communications were left intact when she left office. Read the Union Leader story.


I know the Mayor Menino email mess in Boston has been conveniently forgotten by AG Martha Coakley but this won't blow over for Kelly because of the election. Kelly and Martha are quite similar, read this comparison post.


She refused to refund $10,000.00 in campaign monies from Taxmasters, a company currently being sued by the Texas Attorney General's Office for false and deceptive consumer practices.


Here's her Right-to-Know Ethics violations; she never even saw to it that a 2006 Annual Report was issued, just the facts.


She violated Rules of Civil Procedure in her case against me, which was DISMISSED.


She ignored my Ethics complaint when someone forged a mortgage with my name on it as Title Insurance Producer.


Remember the Unconstitutional juvenile DNA reporting that got rescinded last year after the ACLU busted on her? I was the first to report that, BTW because the boy's father wrote me on it.


And remember Vericomm/MBF Leasing scam that many Attorney Generals were fighting? The Class Action FRAUD case in New York continues watch the video and read the Decision in Pludeman v. Northern Leasing Systems, 2008 NY Slip Op 04183 (2008). The class was certified on 24 April 2009, 2009 NY Slip Op 51290U read the comments. But Kelly Ayotte ignored my complaint on that, of course. It wouldn't surprise me if Sam Shaulson worked on the defense of those crooks too, it's right in his backyard!


Old School: The Dow Murders, which I asked Kelly to reinvestigate. The cop totally killed his family, I am friends with his subsequent fiancee and boy did she scatter when she figured it out. Posted by Christopher King at 4:42 AM

CONCORD – Former Attorney General Kelly Ayotte yesterday declined to comment on the fraud case related to Financial Resources Management, but, responding to questions raised by a political website about her potential involvement, said that when she left the post last summer, her e-mails and all other information on her office computer were intact.

In a story speculating that the FRM case could "complicate" Republican Ayotte's U.S. Senate bid, Politico.com reported that in trying to do opposition research on her, a "Democratic operative" made an open records request for her calendar and e-mail correspondence when she was attorney general. But, the report said, he was told by Associate Attorney General Ann Rice that the files were removed from the system "as of her departure date."

Senior Assistant Attorney General Michael Brown, who handles information technology for the justice department, said the "normal process" for any department employee who leaves the office is for the Department of Information Technology to disable the employee's e-mail account after being requested to do so by his assistant.

He said that unless he acts to have the account saved, it is then deleted.

"I honestly can't recall the last exception I made," he said.

Brown said that sometimes, computer files related to specific "matters" are saved in the case file, but he said he did not know if that occurred in Ayotte's case.

The Attorney General's Office was mentioned critically in a report by outgoing Bureau of Securities Regulation director Mark Connolly in a report last month.

Connolly said the Attorney General's Office could have taken action against FRM earlier than it did, both in 2003, before she was attorney general, and during her tenure.

Although it did not mention Ayotte by name, Connolly's report said, "By virtue of its involvement in FRM and its stated role in protecting the state's interest, (the Attorney General's Office) is not a disinterested party -- nor is the (securities regulation bureau) or (the state banking department). This suggests a complete review of this matter by an impartial body is warranted."

Reportedly, nearly 500 alleged victims of FRM may have lost as much as $80 million in the alleged Ponzi scheme.

Connolly on Monday announced his resignation from the securities office, again primarily accusing the state Banking Department of dragging its feet on the probe, but also indicating the Attorney General's Office may also be at fault for failing to initiate action promptly.

Connolly's comments apparently prompted Politico.com to speculate yesterday that the FRM case "could pose potential problems" for Ayotte's campaign. She served as attorney general from 2004 until July 2009.

Brown of the Attorney General's Office said that while most computer files of former employees are deleted, e-mails about what the office calls "matters," which, he said, "relate to client counseling, litigation or any number of things," would be "pulled into the specific case management system for that particular matter."

As an example, Brown noted that since Ayotte actively prosecuted Michael Addison for the 2006 murder of Manchester police officer Michael Briggs, he assumed that "any e-mail regarding that case" probably would have been saved in the case file.

He did not know, however, if specific Ayotte emails related to FRM, if they even exist, would have been in the FRM case file.

"It is possible that that is the case," Brown said. "More likely than not that Kelly Ayotte in her capacity as counsel to state agencies, those types of e-mail would likely be attorney-client privileged, not readily disclosable."

Ayotte said she had "no memory" of any e-mails regarding FRM, but noted that she took office in 2004 and received and sent many e-mails.


She had no comment on Connolly's comments regarding the Attorney General's Office and declined to discuss the FRM case. But she said she has not talked to Connolly about FRM.

"As attorney general, I vigorously pursued white collar crime and public corruption cases," she said. But she said she would not comment further until current Attorney General Michael Delaney issues a pending report and a legislative committee concludes its upcoming hearings.

Ayotte said she has not been asked to appear before joint House-Senate committee hearings on FRM, slated to begin Friday. She said she expects the Attorney General's Office "will issue a report laying out the facts and circumstances and also the time line and the Legislature will carefully look at the report."

It is just so dirty up in there.