KingCast, the iPhone and Dunkin' Donuts present: Another youth shooting in Boston. 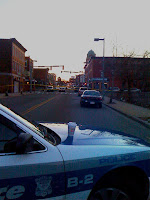 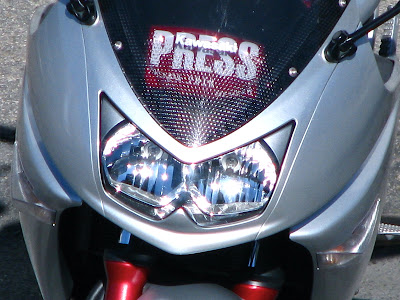 This one occurred near Blue Hill and Holborn around 3pm today, shortly before I passed through on the way to a friend's place, you know, just rolling along, life is beautiful and stuff, then WHAM! Gravity Check, it ain't beautiful for everyone. The Officer told me that the kid was apparently going to make it.

Related KingCast Jam: Scarface, A Minute to Pray and a Second to Die. Parental advisory.

"A cold night in the hood, he had a tangle..... a brother he was squabbling with had broke his ankle.... laid him out in the driveway.....Some people knew he wouldn't survive, but hey,
I ain't the one to speak up on another,
All I can do is try to open his eyes and help the brother,
He chose the wrong way and that's the route he took,
Born and brought up as an angel but he died as a crook"
Posted by Christopher King at 5:17 PM