My support and encouragement for the Justice for Jason campaign and anyone involved with it. This case makes Massachusetts look like 1960's Mississippi and that's a FACT. Read my blog post, with a link to an excellent Boston Banner story, excerpt:

Outside the dorm were John C. Bowes, then 20, and his friend Jonathan Bosse, then 19, both from Milton, Mass. Bowes and Bosse were not UMass students; they were on campus visiting friends and had been to a party earlier. When they were tested later that morning, Bowes’ blood alcohol content was .18 percent and Bosse’s was .26 percent. Both exceeded the .08 percent legal limit to operate a motor vehicle in Massachusetts; Bowes by more than twice the limit and Bosse by more than three times.

The woman at the window later told police that one of the men said he wanted to hang out with her and be her friend, and that “she was ‘creeped out’ by his demeanor and the fact that he had been spying on them through the window.” Vassell told the men to leave, and witnesses say they shouted threats and racial slurs, challenging him to come outside and fight them. When he refused, they broke his window.

KingCast says: We need some Civil Rights up in here, Quick Fast and in a Hurry. 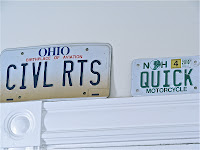 Posted by Christopher King at 6:37 AM

I look forward to meeting Sammy Lyon and other like-minded people who care about open, transparent and responsible government.

A New Day is dawning in American Civil Rights.

Wait, but didn't Vassell put on a ski mask to hide his identity, lay in wait in the lobby for several minutes, then cross the lobby to stab Bowes and Bosse nine times, supposedly in "self defense"?

Wait...don't answer. I'll do it for you: "Those racist racists were racist in their racist racism!" It's all so clear now.

What's clear is that Jason Vassell had a right to be free from harassment and physical violence, and once those haterhead tools -- who have police records unlike Mr. Vassell -- entered into his domicile with the direct intent to beat him up, he did what he was authorized to do by Law, i.e. the Castle doctrine.

That is what's clear.

Let's not forget the part when the haterhead tools ran into the lobby and he told them to back away, and they didn't.

You come into my house like that and they will carry you straight to the morgue, let me make THAT clear.

And of course I'm sure Mr. Vennell was to blame for the racist attack on his person:

From Judge Carhart's 7 Oct. 2009 ORDER clarifying his preliminary ORDER compelling production of the 5 years of similar cases. It was this ORDER that was unsuccessfully appealed by the DA's Office:

In a 7 May 2006 case a black man named Demian Vennell went to aid another black man David Gern, who was being beaten by several white men.

The surveillance camera showed Vennell pulling people away from the crowd and a white male allegedly hit with a flashlight by Vennell claimed that he fell (he was highly intoxicated).

None of the whites were charged with anything and 4/5ths of the arrests that night were black men.

Par for the course, eh.

The Castle doctrine does not apply. Vassell was locked behind TWO doors but chose to confront Bowes and Bosse. He waited in the lobby for ten minutes.

This is all on videotape.

And those two locked doors led to what....?

And the video will show that he did not invite these two racist pig jackasses in to visit him, they rushed in the door when Mr. Vassell opened it for his friend, who would not have had to be there were it not for the two drunken, racist jackass thugs.

Glad we could clear that up.

You got anything to say about Vennell? If the prosecutions were in Good Faith why is Attorney Sheibel fighting the release of information?

PS: You come into my house and I'll show you the purpose of a hearse.

You CANNOT be a lawyer. I say that because I assume you went to school at some point.

Yeah, sorry I've ducked the Vennell case. I'll address it if you answer these questions: 1) did Vassell have on a ski mask? 2) did he come out from behind his dorm room door and the lobby door to confront (not retreat) Bosse and Bowes? 3) did he wait for 10 minutes until they came in to a dorm where they were listed as visitors?

Your interpretation of the Castle Doctrine is risible. It would give you freedom to shoot the mailman.

I was winning trials before you could pee straight.

I can wear any kind of mask I want to in my home, and if you come in without my authority, and threatening me, you will get to know the purpose of a hearse.

I'm at a party, running video for Dwight and Nicole, have a Good Night.

PS: Ironically, they are a wonderful interracial couple, LOL.