KingCast says Citibank's Vikram Pandit must be happy now to return to the days of reckless bonuses and other banking corporate greed and theft. 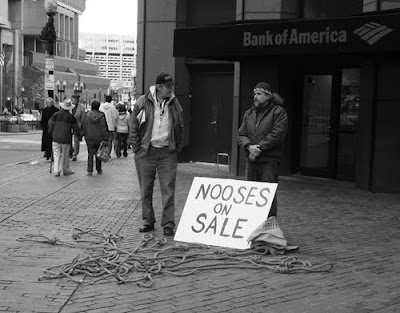 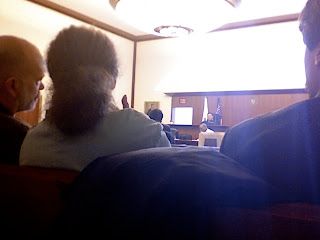 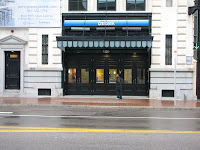 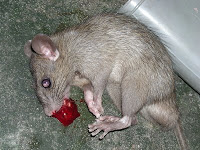 Actually, I warned you that the continued TARP bailout would include the cheap Citibank shares for public consumption a couple of days ago. Now it has come to pass although it certainly isn't being widely mentioned.

That's what the SEC, GAO and at least two Attorneys General and Common Sense already told you in case you don't want to hear it from KingCast. I said it today on Air and I will say it every time it occurs to me:

Boycott Citibank for its history of money-laundering, client theft and deception and its scum-sucking thieving rat pig ways, in general.

PS: The banks in this Country help to ruin life for the little people and then the evidence too often disappears from the Internet. Remember my friend Milan Kohut and the nooses he allegedly "criminally peddled" (background) as he was protesting the banking industry's role in the mortgage crises? Now I have to dig into my old emails to find the pictures because none of them even appear in a Google search. I know his story -- he was a heavy in the Czech Velvet Revolution -- was featured in the Boston Phoenix, but try a Google search on that. Zip. Zero. Zilch. Interesting, n'est-ce pas? But I had a copy and I did also locate a picture of him in Court though, he-heh-heh.

The Internet my friends, is a dangerous and slippery place, remember that. And to the haters, the knife cuts both ways.
Posted by Christopher King at 6:59 PM

Vikram the victor.... America the loser.

the US Government will profit 5.7 Billion dollars when it sells it's shares of Citi-bank not to bad for return on money invested in a bank that is allegedly corrupt as you claim.

Just because you make money doesn't mean you're not corrupt you dumb ass.

I'm sure Citibank made lots of money on the money laundering operations in Mexico and Russia as well.

Next time learn your possessive pronouns vs. contractions before you bother wasting more bandwidth.

Save your cries for the AGs in Ohio, California, GOA and SEC -- because THEY are the ones calling Citibank corrupt, fool.

I mean, really, what a tool.

Slavery was immensely profitable, therefore there was no corruption then.

Gotta' wonder is this idiot's family tree a trifle too linear.

good for AGs in Ohio, California, GOA and SEC calling Citi-bank corrupt it still doesn't detract from the fact the US Government supports Citibank, invested in Citibank and made substantial profits from their investment.

If the bottom line is all that matters to you perhaps we can go back to the days of slavery then, solid.

See the U.S. Government is fascinating in and of itself, condemning the actions of Citibank on one hand and profiting from them on the other, total hypocrites.

You got anything else?

Let me help you out, if you don't care then that's fine with me we can agree to disagree. But I'll bet you're one of those tools who always wants to hold me up to the law and make sure I'm doing right but you don't give a damn about Citibank because you too, are a complete and utter hypocrite.

Oh no wonder the person is full of dookie, it's just Bill Christy of the Bill Christy project, live from his IP addy in Philadelphia.

Bill when are we going to have that Olive Branch with Trent Berry and Quiet Man?

I'm surprised you haven't made reference to this day in history. 1791 The Bill of Rights become official.

True that true that.

I do cover historical events though, such as the passage of the Civil Rights Act with my Main Man Hubert Humphrey on the microphone.

Also Bill, you are a hypocrite, totally.

You go 'round bragging about who and whom you have communicated stuff about me, yet you get your nose out of joint when I do the same about you.

You say I'm abusive toward women and having a negative attitude abot women, which is complete crap, but you and only you are the one talking about -- and I quote DIRECTLY and fully:

Then you want to support Daily Kos for banning me, yet you ignore Daily Kos when they write, with substantial comment approvals:

Failure and irresponsible behavior are profitable to them. This behavior on a gigantic scale makes it necessary for the taxpayer to bail them out. The system of reckless behavior and corrupt, senseless investment is working for them."

And of course you support an AG who brought a busted case on me while ignoring two other AGs who are bringing and/or settled cases in the millions for Citibank THEFT.

Yessir, you said you were gathering documents and other surveillance to bring a case against me, and you have repeatedly threatened as much so I'm just documenting you in return, as I'm sure you have intentions on being a witness to whatever it is you hope to accomplish.

Have a Good Night, and the Olive Branch with Trent -- whom you say was friends with you -- is still OPEN.