KingCast presents: Bill Christy is not a liar; I hope he's happy now. 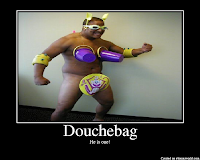 Bill Christy (public website link) is a little testy about having his real face published next to his words so I have now put a new face to him so he feels a little better about himself. Here is is public FaceBook account with his picture.

My bad. I was wrong about this post. Here's the Real Deal.

If the State or the town of Franconia had conducted any investigation into the propriety of the stop - or lack thereof - it would have shown that Liko was placed in fear by McKay's actions.

Also, Liko's car only struck McKay AFTER Floyd started shooting at him, as his son noted in the interview transcripts.

From "Try Gregory Floyd for Murder."

Dear Statesmen,
I write to you to ask you to please read what is before you and not let this injustice continue any longer. This concerns each and every citizen of the State of New Hampshire, including yourselves.

The definition of Murder
To kill with premeditated malice; to kill (a human being)
willfully, deliberately, and unlawfully.

If you have read the FRANCONIA/AYOTTE report, you have definitely read sworn statements that substantiate the assertion that Mr. Floyd did not address the victim Liko Kenney before slaughtering him with one .45 bullet to the neck area and one .45 cal bullet to the head, both fired at close range. There is the still unexplained "first shot" from Cpl McKay's service weapon windshield bullet hole identified by NH evidence tag # 8 on Liko Kenney's car.

The unarmed passenger Caleb Macaulay is another victim of this tragic event. He stated during his interrogation "Floyd had the gun pointed at us before we even got on the road." The NHAG apparently ignored this claim made by Caleb in his statement. The NHAG has seen the same pictures you will see, including the NHSPPL evidence tag # 8 of the "first shot" inward bullet hole.

"You have further read the sworn statements of the shooter Gregory W. Floyd. He clearly saw that the victim's gun was jammed and inoperable, (it was still jammed when the shooter removed it from Liko's lifeless hands).
The shooter then destroyed key state evidence by clearing the jammed round from the victim's firearm NHSPPL evidence tag #14, and placing the bullet in his pocket (recovered several days later by NH State Troopers from the shooter.)

The definition above says premeditated, willfully, deliberately and unlawfully.
I believe you will arrive at the same conclusion we did. The statements by the shooter himself clearly demonstrate he more than fulfills 3 criteria of the meaning premeditation, willfulness, and with deliberate action beyond all reasonable doubt.

The key factor is did Mr. Floyd have any options other than the actions he chose when he slaughtered Liko Kenney without saying a word.

The definition of Murder:
To kill with premeditated malice; to kill (a human being)
willfully, deliberately, and unlawfully.

What Liko Kenney did appears wrong, but we know from Caleb Macaulay's contemporaneous statements that he was genuinely in fear of Bruce McKay, which most likely renders his act no more than manslaughter.

Two wrongs don't make a right, certainly not in this case. The decision made by NHAG Ayotte was done using the competing harms law. The burden of proof is on Gregory W. Floyd to prove beyond all reasonable doubt that he was in fear for his life and/or the life of the officer who had been shot. Mr. Floyd NEVER stated he was in fear for his life.
Posted by Christopher King at 3:37 AM

See Bill, you used to complain that my blawg was "all about me."

Well even though it is my blawg, I'm not a selfish kinda' guy, I like to share.

Here's an Elvis Costello song to commemorate the occasion.

I Hope You're Happy Now old.

I Hope You're Happy Now new.

You're just a bunch of sour grapes, like Elvis said, and you better watch your step.

But perhaps one of his best songs ever, is:

How about "Watching the detectives"

Have a good weekend!

Cracks me up how fathead Bill keeps on posting here but has nothing to say about this post.

So Chris - why is it that you persist in messing up important Constitutional questions by posing as innumerable alternate identities, and now usurping regular topix posters' identities and posting as them? Obfuscation? Cowardice? All of the above?

Can you possibly, seriously wonder why people dislike your tactics?
Of course not, narcissists never wonder about such things.

What identities or obfuscation are you talking about?

Why is it that the New Hampshire government persists in ignoring valid points of Constitutional Law set forth in my legal arguments and why is it that people persist in blaming me fo rthe government's lying?

Why is it that 'L' has about 5 distinct names including snowy, JMO, and others I can't even remember, yet you have no question about that?

PS: Bill, are you happy now?

JMO,snowy clearly announced in Topix that they had changed their name and why, only you come in there and post under more names than sybil had personalities.

Dude I don't know what you're talking about. Topix is stupid and I let you know when I post there, which is almost never.

As to Snowy, JMO to which name change are you referring. She/it has had several.

Why it's our buddy Bill, the flim-flam man!

You know what's funny is that as ugly as that boy is, he and his friends have the nerve to crack on my looks?

It hadn't really occurred to me because I'm more busy thinking about what the heck is going on with LE and substantive judicial decisions, but while I'm at it I will note that he is one Fugly boy.

Ohhhhhh, the infamous pain in the ass "Bill".

What we are talking about are well documented events of police abuse of power, and use of excessive force.

We are talking about a coverup by local officials who knew about a cop who was out of control and were aware of the complaints and did NOTHING!

One has to wonder what could McKay possibly have on town officials that no one had the intestinal fortitude to put a stop to McKay's reign of terror.

I do listen to your concerns.