KingCast jams of the day from Rollng Stones: Honky Tonk Women and Hand of Fate. 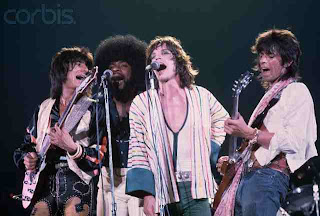 An incredible delivery from Hyde Park on the former in 1969, and with Billy Preston in 1976 on the latter.

In 1969 Charlie Watts still had hair, but you can recongize him. And Mick was so cool you just can't even describe it. And they're all so young. And dig the crowd shots, simply an awesome video.

Non-Sequitur: Fired Jaffrey Chief Dunn is still a donkey-butt.
Posted by Christopher King at 3:00 AM