Hey KingCast, it's your fault that there's been no real investigation into the Franconia shooting tragedy! 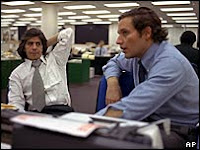 There's a gaggle of Internet trolls who say that I have somehow prevented any real investigation of the Franconia shooting tragedy, in which I believe that Liko Kenney shot Bruce McKay out of fear and that Gregory Floyd murdered Liko Kenney. This I find interesting. To them I also must have somehow prevented any real investigation of the 2004 Michael Paulhus shooting in which Nashua LE unlawfully destroyed evidence and the Court held violated Paulhus' Miranda Rights and posed as being from Kelly Ayotte's office -- even though I wasn't even involved in any of the Paulhus investigation. Here's Paul Erwin Kish's professional forensic review:

As one can see, it's just like Liko Kenney's case: There was no trajectory evaluation and the spots where the projectiles touched the Paulhus van on the steering wheel, passenger side headrest and passenger side door panel were all disassembled pursuant to a last-minute search warrant executed by the State Police. Sadly, there is more but I've more than made my point:

The NH AG's office has poorly investigated several major crimes. Despite the Big Promises from Big Learned Counsel in New Hampshire, including Orr & Reno's Bill Chapman, nobody -- and I mean nobody -- has stepped to the plate to sue Kelly Ayotte for her investigative files on any recent Major Crimes cases except Yours Truly as you can read about in yesterday's Amended Complaint post.

I am thrilled as a citizen and member of the Fourth Estate to bring these issues to public light as permitted by the First Amendment and applicable rubrics of the New Hampshire State Constitutions.

"Boo, Hiss" say the Internet trolls.... "You're not a licensed attorney right now, you don't even have any SAABs or BMW cars to drive anymore, you look like Erkel, you waited tables when Kelly Ayotte had you under a bogus and failed Indictment when you were NAACP Legal Chair, you've been banned from the CIA's Daily Kos, blah blah blah anything and everything to avoid discussing the substantive issues...."

KingCast: I do miss the tii, but it's All Good. 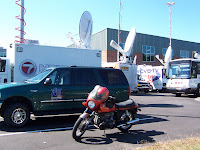 Posted by Christopher King at 3:42 AM