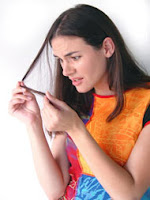 Every lawyer knows that they have an ethical obligation to address adverse law and opinions when they file a brief or Motion, particularly if they are already on actual notice that the adverse law is going to be argued. But none of the lawyers for Respondents even mentioned the adverse law clearly cited in Petitioner KingCast's Complaint, as noted this morning in the Kwame Kilpatrick/Martha McLeod post.

The problem is, Petitioner had already noted in Tennessee that other lawmakers view things differently under virtually the same exact wording. Emails to one individual commissioner, clearly not sitting in a quorum situation, are subject to the Act, period. A copy of the County Attorney's opinion, and of other applicable law will be provided to the Court prior to Oral argument. Here's the Political Knoxville story:

"Law Director John Owings and Chief Deputy Law Director Mary Ann Stackhouse cited Tennessee Code Annotated 10-7-301(6) in offering that opinion, which defined public records as all documents, papers, letters, electronic data files, and similar material “made or received pursuant to law or ordinance or in connection with the transaction of official business by any governmental agency."

When asked if that included a constituent’s letters or emails to a commissioner, Owings replied, “If it is in connection with the transaction of official business, then the answer is yes.”

Owings also stated that, in the case of email, it wouldn’t matter if such communication was sent to the commissioner’s government account or to any private account the commissioner has.

“If [an email] relates to the transaction of official business, it wouldn’t matter if it were sent to an official Knox County account or a private account. It would be public record, in my estimation,” Owings said.

Turns out the Mayor was sanctioned for shady expenditures.

So regardless of what anybody has to say good, bad or indifferent about Martha McLeod, Kelly Ayotte, Christopher King, or KingCast, we are going to split hairs, and there will be an adjudication of this issue, which must be heard before the Court and not dismissed outright. Contrary to Respondents' naked assertions, there most certainly is a colourable case here and the New Hampshire public has a right to see and hear a full adjudication on this. For another analysis again read the Colorado case in the comments.
Posted by Christopher King at 11:35 AM

"We need not address whether the e-mails have a demonstrable connection to the exercise of functions required or authorized by law because we conclude, for the reasons indicated below, that the e-mails involve the expenditure of public funds, and thus, are [*598] public records [**7] subject to disclosure under CORA."

First, Baker, an elected county official, and Sale, a county employee, are compensated by public funds. Baker and Sale sent many of the e-mails while they were working. An employee's use of work time involves the expenditure of public funds.

Second, the e-mails were sent on the "Metrocall" e-mail system purchased by the county for use by county employees. The county pays monthly fees to use this system. The use of this system to send sexually explicit e-mails or e-mails unrelated to county business is relevant to allegations that Baker misspent public funds, including improperly promoting and compensating Sale.

Third, Baker and Sale used county-owned computers to send e-mails to county-owned pagers over the Internet. The county expends public funds for the purchase, maintenance, and use of this equipment."

Clearly the employees involved in this case are not public bodies in and of themselves, either, and Colorado does not believe it to be an absurd result that individual statesmen are held subject to the law. If they need extra time to research or to respond to RSA-91A requests the law has a built-in valve to give them that extra time. Similarly, if they don't check their emails every five (5) days they have no business being in office then, do they?