KingCast revisits Brendlin v. California with an eye toward Civil Liability for Caleb Macaulay for Excessive Use of Force and Civil Rights Violations. 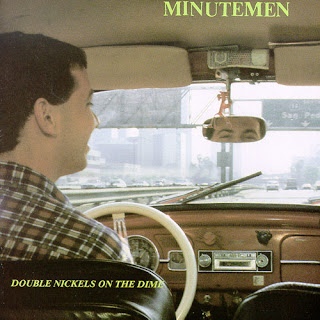 Oh, yah I dropped the negligent retention and hire issue relative to Bruce McKay back on 19 June, 2007 in a rather prescient post, "what if Liko Kenney wasn't speeding?"

Brendlin of course, holds that passengers (and presumably Liko Kenney, posthumously) have a claim for Unconstitutional Traffic stops. McKay did exactly what the police policies say not to do, and then he nailed Caleb in the face with OC Spray, as practiced by him not a form of seizure permitted by McKay and Franconia's own procedures.

Okay so right there you've got more than a prima facie case -- you've got enough to get to a Jury.

Since last June now look what we know about Bruce McKay, most of it pursuant to KingCast v. Ayotte/Franconia litigation, a sort of Bruce McKay primer on how not to serve the public trust. You want Bruce McKay's legacy I'll put it all right here.

1. Wife Angela took a Restraining/Order on him.
2. He terrorized a woman with a knife near her labia.
3. Defendant Ayotte lied about AG's office not being in receipt of that complaint.
4. He threatened a Franconia firefighter.
5. He filled out a log with inconsistencies.
6. He sped through Lisbon and trolled for tickets.
7. Lisbon kicked him off of their radio system.
8. He flaked/out during a simple bike run at Hillwinds Motor Inn.
9. Attorney Troy Watts filed an ethics complaint on him.
10. He seized Liko Kenney without Probable Cause in 2003.
11. He violated 3 express policies with his Tahoe bashing in 2007.
12. He violated express policies on the use of OC Spray in 2007.
13. He threatened Tim Stephenson with his gun.
14. He tried to give Bode a ticket based on hearsay.
15. He would harass campers whenever he "got a hair across his chest."
16. He put an innocent girl in the hospital with unauthorized use of OC Spray.

Sorry McKay fans, but as a former AAG and someone who has had plenty of LE friends over the years, most LE do not have track records like this, sorry. And the day they do, I will be in Europe.

That's just off the top of my head. If anyone can think of more, just put it in the comments or in an email. Folks need one ready link for whenever I type the word "Bruce McKay" this post will come up. In fact, whenever anyone mentions "Bruce McKay" use this page link.

There you go.
Posted by Christopher King at 8:50 AM

Perhaps it will be entirely appropriate to have it applied in his home state in this case. The last attempt to bring in a U.S. Supreme Court ruling against the State was on the imminent domain case that never quite happened but sure was interesting, wasn't it.

Liko Kenney's was the shot heard 'round the World. It's unfortunate he felt backed into a corner so bad he had to take it (see Robbie Hayward's comment to 20/20), but when he did, he unearthed a motherlode of malfeasance in NH Law Enforcement.

I'm just here to help sort it out.


His legacy is in large part written right here:

And now the World waits for Chief Montminy's Affidavit vis a vis the RSA 91-A request to Grafton County Attorney Rick St. Hilaire:

And the response from Speaker Norelli pursuant to the RSA 91-A request, request for independent fraud counsel and letters from Bill Kenney and KingCast.

See there, now that I can kick back and read all of these things (and there's more that they didn't have to give me) it becomes clear why Kelly didn't want to produce the 5/11 video.

It's a litigation time bomb, an invitation for Federal Intervention and a testament to a rogue cop who was negligently hired, retained and supervised.

Excuse me? The cop was sitting in his POLICE vehicle...the two creeps in the small car are BLATANTLY POINTING A GUN OUT THE WINDOW making threats towards the cop...and they back up. WHY DIDN'T THEY DO WHAT every other citizen is supposed to do? STOP their car and take out their driving info? NOOOOOOOO. They threatened with a gun. I want to know why the cop felt the need to walk out and mace them when he SHOULD HAVE PULLED his gun & shot the driver? & you folks BLAME THE COP???????

You're not excused for ignoring the Constitutional violation manifest by Bruce McKay.

I saw your comment over at the video site and set you straight.

"Yes Dolce I do blame Bruce McKay. Do you know he even threatened his own peers on the fire department? I've got the complaint letter from the victim and the police chief. Guy was a total ass who was negligently retained and supervised, and run a word search on my blawg for "labia" and see the fun games that Brucie played with a woman in the back seat of his cruiser, all without probable cause according to Judge Cyr."

But then Gregory Floyd is probably your hero too.