The KingCast affidavit of Ms. B, the McKay backseat knife victim: "I recommended psychological testing to address a dangerous person." 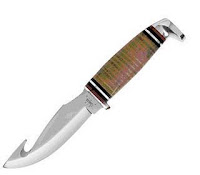 This goes with the first interview and it is unbelievable.

And it's got negligent retention and supervision written all over it.

I will finish the whole affidavit tonight and email it to Ms. B for review, who may still come public for Courtroom testimony, but for now wishes to remain anonymous except to those who already know the Truth.

Affidavit and RSA 91-A request of [Ms. B] under Seal of Court

I, the undersigned, being first duly sworn and under threat of perjury, hereby solemn aver:

1. The purpose of this affidavit is to further document, Under Oath, the allegations set forth in my 29 July 1997 13-page complaint and to request my ALS charges be expunged from my record because Bruce McKay lied to obtain the violation. I am aware that this affidavit may also be used by Christopher King, J.D. in KingCast v. NH AG Kelly Ayotte et al. in an RSA 91-A Right-to-Know lawsuit and I support that.

"He said my lights weren't on but they were.... I was just trying to get to a lighted area but he was still upset with me, yelling at me because I didn't stop right away but it was snowing and cold and dark out."

"What are you doing... I asked him 3 times."
Editor: Note Liko Kenney's last words on this Earth.

"He did NOT even try to unbuckle the seatbelt."

"Bruce lied at the ALS appeal and said that I was not upset about the original arrest and the knife but the issue was never raised at that time because my lawyer thought it best not to antagonize the situation, and we won in front of Judge Cyr, who was obviously annoyed with McKay and told him "there's a quantum leap between probable cause and a DUI."

"He said that I said regarding the DUI test, 'why don't I just BLOW,' implying that I was being less than a lady, but (part-time Franconia officer) Joel Peabody said I was a lady at all times."

"I went to Chief Montminy directly with my concerns and he asked me to put them in writing so I wrote the 13 page complaint, to which I never received any response. I told him my credentials include a BS in Criminal Justice, a teaching certificate and being an elected public commissioner."

"My husband was a police officer and his friends at the Attorney General's office suggested I write a complaint."

"I recommended he be sent to a certified psychologist for cognitive testing for communication and control issues... this could cause serious problems for officer McKay or Franconia."

"I said that ambiguity in policy and procedures makes Bruce McKay a dangerous person."

"I said I am not writing to retaliate and said this should serve as an instrument to warn Franconia of a dangerous situation."

I said that consideration of assessment information as well as citizen reports should determine his ability to perform the duties of a law enforcement officer."

Posted by Christopher King at 5:50 PM

Why can't our elected officials stand up and admit that they stuck their heads in the sand so that we can move forward.

They could have done that, but just as McKay did, they lied, stalled and covered things up.

So now the proverbial blood will be shed, but as I told y'all many weeks ago:

The blood of Liko Kenney and Bruce McKay will wash over the souls of the elected and appointed officials who sat back and did nothing to address this dangerous instrumentality, who took our money and terrorized Franconia residents with his gun, badge and one big Tahoe.

Look at this crime scene photo, will you:

Now you tell me when KingCast petitions the Court for Bruce McKay's psychological profile information how the Court can possibly look me straight in the eye and say:

Such a shame it didn't have to be this way.

Namaste and goodnight. After that interview I just have to step away from the MacBook for a while.

Its information like this complete with notarized affidavits that will make the declaratory motion too compelling to ignore.

Anyone in the area willing to step forward and follow this woman's courageous lead need not fear their information will become publicised unless they want it to be. You will have the option of dictating how you wish your statement to be used: Either in Court and under Seal, In Court only (which will not prevent media from picking it up and using information from it and reproducing it) or use without restriction. If you pick the first option it will not be broadcast on the web or in any manner that will compromise your trust and confidentiality unless you give express permission.

We are currently working on making this avenue available.

Why expunged a ALS hearing? You can't question the dead officer's testimony, you have to take his report as word, you will need more proof than her word he was lying. There are people with PhD's who drink and drive, there are police officer's that drink and drive, so what is in her back ground that makes her claims so compelling. I can see the ruling already from the director of hearings... Denied.

Exactly Lifer, that's what I told B and came back to put this comment up and saw you are right there with me.

You know I never betrayed your trust and I will do whatever anyone tells me to do with their statements.

Her background is all the more compelling, being a criminal justice degree-holding, elected professional who married a police officer.

It's just all too much sometimes.

But we keep on keepin' on, brother.

Look man. She can prove he lied by her handwriting sample because she wrote something on the arrest paperwork about the 20 minute time limit and Bruce claimed he wrote it.

Maybe to you she deserves another knife-terrorism episode to put her in check, the uppity PhD menace to society.

And her daughter needs a soupcon of abuse while we're at it.

Send the handwriting out to be reviewed by a handwriting expert. Pay to bring that person to the hearing. It your dime.

Ms. B might just do that, now that she is aware that there is a groundswell of support in terms of identifying the abuses of Bruce McKay.

But you care so much about Justice why don't you pay for it?

Query, does Franconia have a DUI machine yet?

After reviewing your comments on this page and the "Sarah" video, I have two questions?

1) What is your background/experience/expertise on the use of force and, 2) are you a certified accident reconstructionist or do you have training in that area?

Ms. B should have complied and her seatbelt would not have been cut. As for the cj degree. She obviously learned nothing. She was a danger on the road and cpl mckay did the right thing by taking her off. Again cpl mckay is a hero. Too bad the citizens of Franconia cannot thank him.

12:11 He got the recognition he deserved:

No Highway in his honor.

And Ms. B = NG on DUI, sorry try again you fathead tool.