Yep. Duces tecum and sung to the tune of "It's Martini Time!" Any and all records, documents, letters, emails and communications received by soon-to-be-nailed at trial Gloria Timmons:


a) that demonstrate or record the deliberations, findings of fact and conclusions of the New England Area Conference (NEAC) relative to my suspension and dismissal as NAACP legal redress chair as referenced per Attachment 1 and;

b) that led Nashua NAACP President Timons to write, on or about 20 Jan. 2005 "Who knows it may not be any grounds to remove you. Everyone loves and support (sic) you," as noted per Attachment 1.

There will also be a Motion for Jury Trial on any and all factual issues about what we all thought the powers of the NAACP should be (at least prior to the new, decontented NAACP Mission Statement) pursuant to NH RSA 491:14.

Skip to the comments section to read the Motion and some nice Deposition testimony from Ms. Timmons. 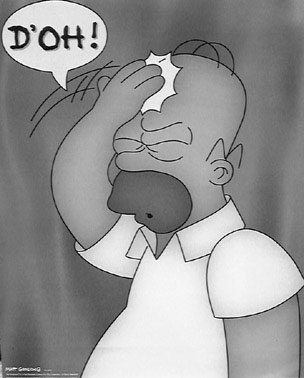 Posted by Christopher King at 1:07 PM

Gawl-Damn this is going to be great on YouTube and CNN. I've been there before on the Tattoo Case noted herein:

I had a great time -- almost as much fun as having a beer with the Reverend and his lady down in Deep Ellum in '01.

KingCast can only hope Gloria finds the same level of enjoyment =^.)

See, NEAC President Juan Cofield apparently called me an asshole back on 24 Feb. '05.

We'll see about that.

Perhaps the biggest irony in this case is that the World is now able to see that not only am I a competent attorney, I'm actually quite good.

That's why the Court properly struck the hearsay right out of this case on prior occasion:

And we will wait to see what happens on my Motion for Summary Judgment:

Here's the Motion for Jury Trial on issues of credibility and bias:

If it may it please the Court, this is a relatively simple matter:

It is obvious that Respondent's activities as NAACP legal redress chair may be protected by the First Amendment as opposed to constituting the Unauthorized Practice of Law.

While Respondent contends that it is painfully obvious his activities are protected, the State will argue that he acted in Bad Faith and acted intentionally or at a minimum, recklessly in committing the alleged infraction.

As such, Plaintiff must be able to prove to a Jury that there was indeed no Bad Faith involved, and that is precisely the sort of factual determination that a Jury is entitled to make, especially in light of the fact that NAACP President Gloria Timmons wrote on 20 January 2005 -- an entire month after the Demand Letter -- that "Who knows it may not be any grounds to remove you. Everyone loves and support (sic) you." Attachment 1.

II. Respondent is entitled to a partial Jury Trial on State principles.

Without giving away all of Respondent's case-in-chief, he provides the following for consideration:

If the NAACP policies in December 2004 were such that Respondent's activities were permissible, it would certainly militate his favor. There will be many factual issues involving witness credibility as to whether the NAACP was aware of things such as Respondent's suspended bar status (should the Court even deem that relevant) as well as his actions in sending a Demand Letter and consulting with licensed counsel as consistent with NAACP v. Button, 371 U.S. 415 (1963) as noted in Respondent's Motion for Summary Judgment.

Respondent will testify that he told NAACP President Timmons, a leading witness for the State (especially since the court properly sustained Rerspondent's Motion to Strike all the hearsay evidence) all about his Ohio history when he came to her at the NH Department of Job Security for assistance in job placement.....because he was not a licensed attorney and needed help!

This conversation occurred in a meeting reflected in the 16 March 2006 entry from Chris King's 1st Amendment Page. Attachment 2.

In such entry he claims that Timmons told him in her dilbert space about her racial discrimination claim against her employer that in part involved confederate flags on her desk and said "New Hampshire is full of crackers, anyway." A jury must determine who is telling the Truth here because it all ultimately goes to credibility of the witnesses and Good Faith on the UPL . For more information on this please read Timmons Depo. pages ____ on file with the Court in Case No. 05-C-217.

He will state further that Timmons lied under Oath when she said that Respondent was voted into the Legal Redress Chair "against her objections," and he will present an email supporting his position in which Timmons states she "felt comfortable addressing the executive committee about [Respondent's] selection."Attachment 3.

The Court in a New Hampshire Equity proceeding retains the ultimate judgment on the issue of law, but is free to award the decisions regarding factual matters to the Jury, per R.S.A. 491:14, as noted at Chris King's First Amendment Page. Attachment 4.

This Court has established the right to a Jury Trial in an Equity proceeding on prior occasion. Hoitt v. Burleigh 18 N.H. 389 N.H. 1846, cited in Copp v. Henniker 55 N.H. 179 N.H. 1875, holding “We have settled that a party to a bill in equity has a constitutional right to require a trial by jury, of a contested matter of fact, if he asserts that right at the proper stage of the cause [i.e. prior to commencement of testimony]. This case is readily distinguished from a case such as Keshishian v. CMC Radiologists, 142 N.H. 168, 179, 698 A.2d 1228 (1997), in which the Court was merely attempting to determine the applicability of a discovery rule because of the factual backdrop in this case, involving massive credibility issues hereinabove outlined.

III. Respondent is entitled to a partial Jury Trial as Fundamental Rights are implicated.

This case should be no different than Hoitt, supra, as Respondent's entire legal career is on the line here. Respondent’s ability to earn a living, even as a law clerk pending recertification in Ohio when he pays his fines and hires an attorney there to aid in reinstatement, is at stake and as such, that involves a Fundamental Right to earn the living of his choice – which certainly tilts the scales in favor of granting a Jury on the factual issues involved.

The U.S. Supreme Court position on that is as follows:

The State is effectively trying to put Respondent out of the legal world with a case that is tenuous at best, especially when we consider the multitude of lies and contradictions contained in the court file – none of which are manifest by Respondent’s conduct. Such lies and contradictions led the Cheshire County Prosecutor – Bill Cleary, the one unsullied by an ethics investigation like hastily-resigned Bill Albrecht – to immediately abandon the Criminal case for Attempted Felony Extortion within days of accepting his post. Attachment 5.

As such, he respectfully moves for a Jury Trial on the factual issues including, but not limited to, what the NAACP knew about Respondent's license status, what the NAACP actual policies were in 2004 regarding threats to litigate and attempts to reconcile issues through extrajudicial means, and whether Plaintiff enjoyed the support of the NAACP, until it became clear that the organization was to undergo a substantial shift in philosophy -- as noted by Attachment 1 and the revised Mission Statement delineated in Respondent's open letter to Governor-elect Deval Patrick.

Such open letter was written after Boston NAACP President Lenny Alkins -- who recommended Respondent to the Nashua office in 2004 – himself publicly issued comments about race, the NAACP and Governor Patrick. Attachment 6.

IV: Conclusion and prayer for relief.

This is an extraordinary case, one which many lawyers in other jurisdictions cannot believe has reached this stage. Respondent is a skilled attorney who has demonstrated facility in his lifelong commitment to Civil Rights through reporting and law that is now being threatened by a case of questionable integrity, with substantial issues of fact, credibility and bias at stake. This Court has witnessed the tip of the proverbial iceberg in that respect, as it properly struck major hearsay from the State’s case pursuant to Respondent’s Motion. As such, his ability to continue to act on his lifelong pursuit is imperiled and such imperilment merits a partial Jury Trial and bifurcation of fact and law issues in the present case.

Oh, what the hell.

Let's see if I can continue to help you determine who's telling the truth about the events at the NAACP, including the fact that everyone knew I was seeking counsel for Willie Toney.

While we're at it, let's also see if we can determine whether I was obient to the NAACP:

Here's a tad more of the Timmons Depo below for you.

Let’s see what Nashua NAACP President Timmons said, when King wasn’t busy helping her sister out down in CT on a racial issue, for which she wanted to see a movie as well; asked for KingCast cameras to come on down there:

And my reward for helping Gloria's sister, as she requested?

Well WMUR ended up saying that "authorities may have tried this scam before, possibly in Hartford."

They only knew about Gloria's sister (Cheryl Timmons-O'Pesso) because Gloria Timmons told them about her in an attempt to throw me to the wolves.

May she burn in Hell for that.

Q: Okay so we’ve gone from order to asked. Ma’am do you have any written proof that I disobeyed any of your wishes that you communicated to me?

And since our last post about Gloria Timmons and her upcoming subpoena, let’s see what she’s willing admit that we discussed in her dilbert when we discussed our pending professional life stories and her employment discrimination case:

Q: Did we ever talk about your litigation with your employer?

Q: Mm-hmm. Did you settle your case with your employer?

Q: Subject to the restraint of a protective order, Ma’am did you ever settle your case with your employer?

Proulx objection and instruction not to answer.