4 the haters
Or, why I've never lost a First Amendment case. Think about Lenny Bruce. Think about Mark Demayo, whom I had the pleasure of meeting chez work last evening at Spyglass comedy night #3. I told Mark about KingCast and how they lynched me in Ohio. They came and hung Lenny Bruce on the QT, arrested his ass under cover of darkness and he went crazy, succumbed to his addictions.

I'm not having that shit 'cos I am one strong-assed Jigga': I've only lost 2 First Amendment skirmishes, and those involved camera access to court, never anyone's liberty. I'm 7-2 now, including the "stalking" trial NAACP President Gloria Timmons put me through because of this blawg and the recent NH Hillsborough South County Court decision reversing now Supreme Court Justice Gary Hicks' decision denying my media to court.

Unlike with Lenny, hillbilly pigs are not going to take me away, and the revolution will be televised. I can't believe Chief Dunn decries this post as pornographic in his Deposition.

And speaking of Spyglass, funny my 7th grade prep-school teacher, Martha Kane Brown, told me I was destined for a career in espionage. Fighting Police Chiefs like Marty Dunn, whom the town can't wait to get rid of, and the NAACP, who can't fall out of bed in the morning -- or night, depending on their vampire state -- without rehearsing a lie, certainly qualifies. Here's a scene from "Lawyerman," at KingCast.net 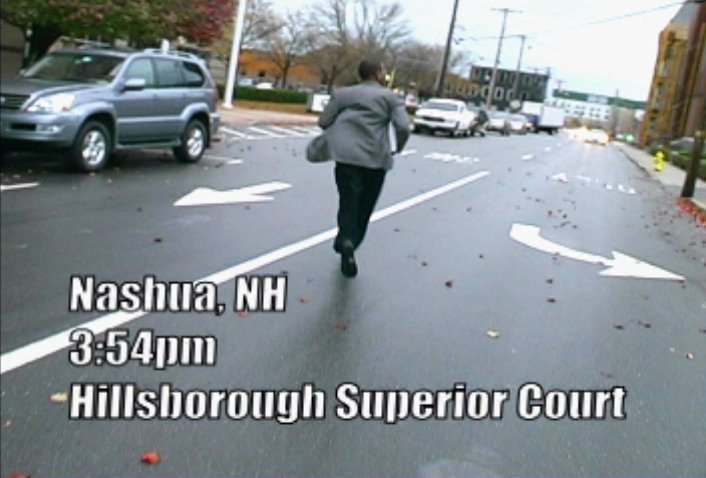 Posted by Christopher King at 6:03 AM