Yes he sure did. At the Unauthorized Practice of Law Prelim. Injunction hearing he popped off a couple rounds this morning from his lil' mobile camera phone (see him getting ready right here) while we stood ground and returned fire with the full digital clip of aNikon/D70. Then we went in to Judge Groff's courtroom, Rule 78 Motion prepared, and His Honor basically stated 'man, you don't need no stinking motion,' -- just stay in one place and no flash. He asked me why I even tendered a Motion, and I said "well Your Honor, we've been denied on prior occasion in a couple of courts."
Note: Watch "A Day in Nashua."

Then I tendered my Supplemental Motion to Dismiss and to Strike, my Initial Proposed Exhibit Lists (1) & (2) & (3) and my Proposed Stipulations and Facts/Conclusions of Law (1) & (2) to State's Attorney Stratton; made my arguments that I have never filed in court, never appeared in court, never signed "Esq." to Chief Dunn, always said "we" as an entity may sue, and noted that except for Jacqueline Ellwood (who was absent) they have absolutely nothing in their Petition against me that would warrant a finding of a Preliminary Injunction.

They are just trying to get that to taint me and I'm not buying into that timeshare. Now that I've been misdirected into this nonsense I'll need to return to Discovery Responses before they file another Motion to throw my Civil Case out. Jeezlouise. First Gloria tries to get me for stalking; it fails, then Dunn tries to get my bail revoked; that fails (see also "Lawyerman" movie) and now this beat-down.

Later Marty, who was parked right in front of us, scurried past without even so much as a return to my "take care, Marty." How rude, just like Attorney Proulx refusing to shake my hand. See how they really operate? Pics later.

PS: This is particularly disturbing because the Court just ruled on 15 Dec. 2005 that litigants in the Civil case be "dignified and courteous." Scans coming soon. But Chief Dunn walked past me and my trusty old SAAB (240K & counting) so close to my personal space I could touch him, yet he just stared at me rather than show courtesy. He prolly was upset and figured that the State had just lost its Motion for Injunctive relief on the UPL claim. Frankly, I think they should lose it for all the reasons previously stated; I will respectfully await the Decision of the Court.

But what do I know? I just a damn 'coconut head racist,' right? 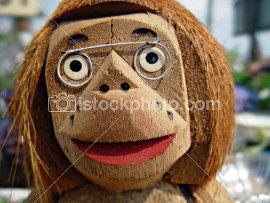 Posted by Christopher King at 6:49 AM

Wait until you see the pics!