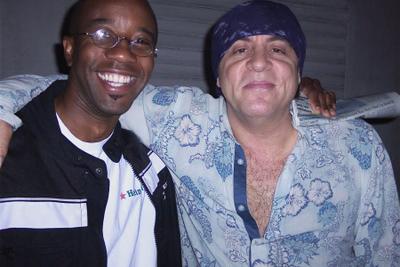 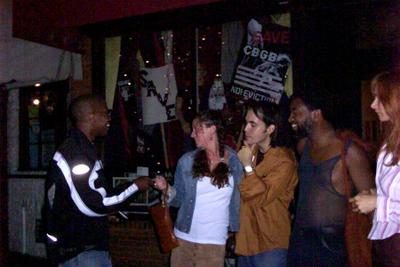 King sitting, staring blankly, brooding:
Van Zandt: "What's he doin' in here?"
Gandolfini: "He wrote a Demand Letter about police abuse, and threatened to call a press conference about police abuse on some cops in New Hampshire and now they got him on Attempted Extortion." (laughter from Van Zandt/Gandolfini; King looks over and rolls his eyes)
Van Zandt: "No, seriously, Tony tell me he's not in here for that. Anybody can do that if they think somebody's right have been violated, right? I mean say some gumshoe sticks you in the ass like Abner Louima doesn't your Mother or your Pastor have a right to suggest they should pay for that, or call a press conference about it? That's gotta' be Unconstitutional I'm thinkin'?"
Gandolfini: "Yeah but who cares..... up there he's just a friggin' moolie, anyway. His own nigger people like Gloria Timmons will run him over like crabs in a bucket."

PS: Nice staging of the newspaper in my hand huh? That's the Onion, "Wrongly Imprisoned Man Won't Shut up About it."
Posted by Christopher King at 8:52 AM