Ethics and Civil Rights: Skeletons in the Closet 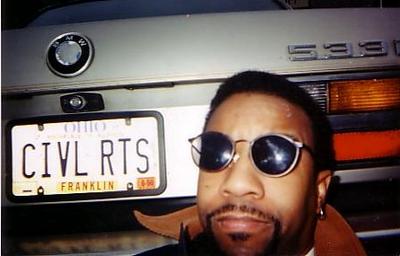 Once again we see an instance where all three (3) of my detractors have skeletons in the closet: As noted in the two (2) preceding entries, Chief Dunn's attorney is a material witness who must be removed from the case (1) & (2), NAACP Pres and Vice Pres Timmons & Levesque's attorneys also materially misrepresented my position on discovery to the Court to gain a stay (read: delay) on Timmons' Deposition, and the NAACP Legal Director resigned under valid ethics charges for her attempts to pimp Senator Kennedy to influence a 6th Circuit bench appointment, and moreover, an NAACP area President in Louisiana made the same alleged mistake I made in using NAACP letterhead as a press statement without CEO approval. Then there's Nashua NAACP Veterans' Chair Cleaven Ferguson's Affidavit totally exonerating me. It's unbelievable, and my movie is going to show all of it, along with some good-old fashioned tennis, motorcycle (1) & (2) and Civil Rights media.

We also cover the ungrounded 1 year suspension of my Ohio law license for activity in taping a slumlord who neighbors say had called my client a "nigger lover" that the Columbus Bar Association's own staff writer Charles J. Kurtz, III, Esq. flat out stated was not unethical at the time that we did it. Just ask Defendant Levesque: She's spoken with my film maker on at least one occasion.

Whatever the case, I just keep on keepin' on -- doing what I do, as my Jr. High tennis coach, my buddies from High School, my law school professors, such as James McElhaney, my parents, Arthur Ashe, and my Great-Great Aunt Mother Ann told me to do. Take a look: Peace.

Posted by Christopher King at 10:56 AM